Winning is the most important thing

There's only one person who can conquer death: Jesus Christ. 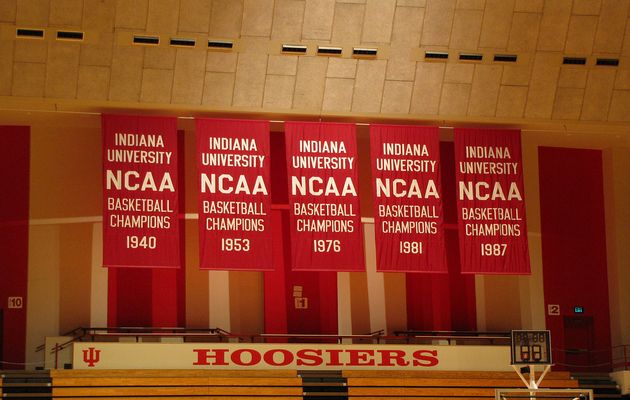 Almost all the teams in the National College Athletics Association (NCAA) have a nickname created by the team or its fans. One of the most well- known teams is called the INDIANA HOOSIERS.

This university's basketball history has often been told. From being an isolated, almost unknown small- town college, it became famous due to its basketball team, especially after they won their first championship.

In one corner of the Hoosiers' basketball court hangs a sign with this motto: "WINNING ISN'T EVERYTHING, IT'S THE ONLY THING."

Some people who read this might think that the spiritual application of the Bible's teachings is only for those who believe or want to believe in God, and isn't that important to the rest of mankind. Nothing could be further from the truth.

Life is the greatest "championship" of all, and winning in life is vital. If you lose your life, you lose yourself forever.

You may think you're smart to reject God's word, but what about when your life is over? Will you win or lose?

In the end it doesn't matter if you're an atheist or something else, if you believe in an afterlife or not. If, at the end of your life, you haven't gained eternal life, YOU'RE LOST FOREVER!!

You may ask: "How can I get this eternal life? How can I avoid eternal damnation?" It's easy; get on the winner's side. There's only one person who can conquer death: Jesus Christ.

He did it so that we can, too. When the Lord died on the cross, he took our place - yours and mine. He paid the price for all our sins. No matter what good we may do in life, we can never measure up to the perfect righteousness that God demands.

It would mean never making the least little mistake. That's why Jesus died and rose again in our place. That's why he is the conqueror; then, when we decide to believe in what he did, we will have eternal life.

It's not a question of doing anything, but simply of accepting what he has already done.

Published in: Evangelical Focus - Finish Line - Winning is the most important thing