Exodus 4:24-26:  Those three short verses are the only place in the biblical narrative where Zipporah is recorded as having done anything, but how important was her contribution! 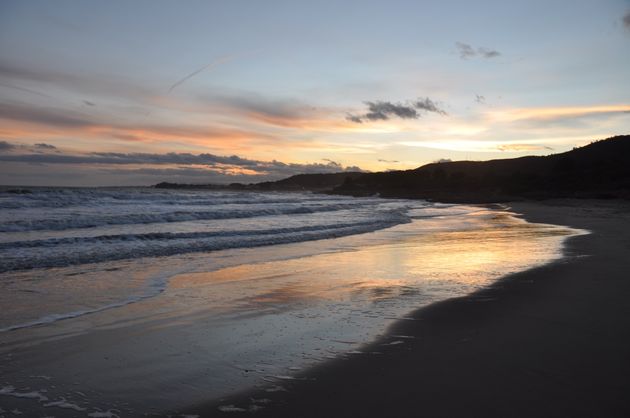 Has your life ever been saved, but you didn’t realise it at the time? I had that experience when I was 14 years old.

Each day I travelled 10 miles (15 km) to school on a bus, but if I felt like skipping the first lesson I would deliberately miss the school bus and hitch-hike into school – 50 years ago that was a pretty safe thing to do.

One particular morning I decided to hitch-hike, but when I came to leave home I could not find my school blazer. I looked everywhere for about 15 minutes, then finally found it in exactly the place where I had expected it to be and where I had first looked. Curious!

That morning I found it difficult to get a lift, so I took a public bus to a crossroads a little way along the road and hitch-hiked from there – a crossroads was always a good place for a lift because traffic was going slowly and could easily stop for you.

On the way to the crossroads there was a queue because of an earlier accident, but I finally arrived in school and gave my excuses. In the middle of the morning the headmaster called the whole school together in the assembly hall.

This was very unusual, and we wondered whatever could have happened. We soon found out. We were informed that a student in our year, a friend of mine, had been hitch-hiking to school that morning; the car in which he was travelling had been involved in an accident and he had been killed.

That was the accident which I had passed in the bus. I then remembered having seen school books scattered on the road, though at the time it had not registered.

I felt really weird. If I had found my blazer straight away, I would probably have been in that car too. However, the feeling did not last long. We were so sad that we had lost a fellow student, one of the most popular in the class; but I gave little more thought to my narrow escape.

You might ask, Why did he not save my friend’s life, then? That is an unanswerable question. I know something of my own story, but I will only know my friend’s story when I stand face to face before my Lord Jesus.

Moses had a similar experience of his life being saved without being aware of it at the time, and it was his wife Zipporah whom he had to thank.

We read about it in Exodus 4:24-26. Those three short verses are the only place in the biblical narrative where Zipporah is recorded as having done anything – but how important was her contribution!

Moses’ narrow escape took place as he was on his way back to Egypt, after 40 years’ absence, with a mandate from God to set his people, the Israelites, free from slavery.

But he had forgotten one crucial thing: Israel was set apart to God, and the physical sign of this setting apart was circumcision of all male boys.

This sign was given to Abraham in the form of a covenant, and it was deadly serious. For God had told Abraham, “Any uncircumcised male will be cut off from his people; he has broken my covenant” (Genesis 17:14).

Moses was circumcised by his believing parents as a baby. However, 40 years in Egypt and 40 years looking after sheep in the desert seemed to have dimmed his memory. Zipporah had borne him a son, Gershom, but he had not circumcised him.

How could the man who was going to lead Israel out of slavery and into nationhood, separate from all the other nations, have a son who was not physically identifiable as an Israelite? That was why God viewed this omission so seriously, to the point that he was ready to kill Moses.

Moses was blithely unaware of this – the narrative implies that he was asleep at the time. But Zipporah knew that God was coming for him; how, we cannot say.

She took immediate action, circumcising her son there and then, which was quite an achievement. Having been present at a circumcision ceremony performed by a rabbi, I observed that this needs a lot of skill if the child is not to be permanently harmed.

Zipporah then touched Moses’ feet with the knife, the blood still on it. The meaning of this highly symbolic action is not entirely clear to us now. Undoubtedly it made some covenant link between Moses and his newly circumcised son.

Also, there are hints of what we read in Hebrews 9:22: “The law [which Moses would soon be giving to Israel] requires that nearly everything be cleansed with blood, and without the shedding of blood there is no forgiveness”.

Her prompt action cleansed Moses, so that God left him alone. It was only later that he realised just how close he had come to death and how much he owed to his wife.

There have been a number of other occasions since the age of 14 when I have been conscious of God protecting the life of me and my family, and there are probably other occasions when we have been narrowly saved from death but remain totally unaware of it.

How should we respond to this? Two verses sum it up. “Seek the Lord and live, … the one who turns the shadow of death into morning” (Amos 5:6,8). “Even though I walk through the valley of the shadow of death, I will fear no evil, for you are with me” (Psalm 23:4).