The Secret History of Leviticus: A Reply

A rebuttal of Harvard scholar's pro-gay reading of Leviticus. 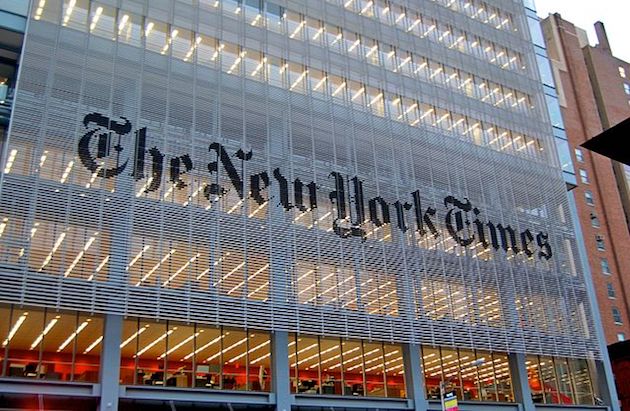 Dershowitz’s theory is quite complex; but it can be summed up in the following four points:

- Leviticus was written over a long period of time by different authors.

- A homophobic editor modified the text of Leviticus over a hundred years later adding the famous verse 18:22, “You shall not lie with mankind as with womankind: it is abomination”.

- In the light of this textual alteration, the editor was forced to change verses 7 and 14 into verses about heterosexual incest.

With regards to the fourth step in my explanation, why was the editor “forced” to modify verses 7 and 14? Before answering that question, let’s read the supposedly adopted texts:

“You shall not uncover the nakedness of your father’s brother, you shall not approach his wife: she is your aunt” (v. 14). 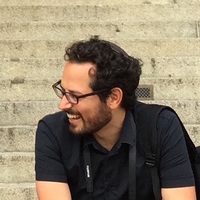 According to Dershowitz, the two clauses which we have marked in bold-type are glosses added by the editor. These glosses were used to alter our understanding of what the two verses were forbidding.

For example, the first text (v. 7) speaks about sex with one’s father and mother. However, the gloss only makes mention of the mother (not the father) because the editor wanted to transform the commandment against homosexual incest into one against heterosexual incest.

Now, to get back to my initial question: why so? Why was the editor “forced” to make such amendments?

Answer: Because the editor feared the principle that the exception proves the rule.

Whatever do I mean by that? Allow me to reply with an illustration:

If I tell my daughter that she can’t go out to play with her friends between 4 o’ clock and 6 o’ clock, what does my rule imply?

The most obvious question, of course, that comes to mind is: why on earth did the editor not simply decide to do away with the expressions “the nakedness of your father” and “uncle”?

Behold Dershowitz’s masterful response, “This editor’s decision to neutralize old laws by writing new glosses, instead of deleting the laws altogether, is serendipitous”.

What does serendipitous mean? In layman’s terms: it was just plain good luck! Nothing more, nothing less! Fancy that?!

Thanks to Dershowitz’s proposal, Leviticus 18 can now be used to defend the gay agenda in the contemporary arena of debate.

Here are a few general criticisms of Dershowitz’s thesis:

1.- His article is loaded with unproven subjective assumptions, for example, his idea that Leviticus was written and modified over many years by different authors or that the book was altered by a homophobic author who, as it just so happened, decided against erasing verses 7 and 14 after adding verse 22 or that the original version of Leviticus was pro-gay.

All these suggestions are nothing more than cheap speculations, unworthy of the world of academia.

2.- The article published in the New York Times is dishonest. Dershowitz states categorically, “What we have here is strong evidence of editorial intervention”. Nonsense! He also affirms that, “Many scholars believe that the section in which Leviticus 18 appears was added by a comparatively late editor” without pointing out that such scholars are all theological liberals. At the end of the day, would the New York Times have published the article if it were in accord with conservative Protestant theology?

3.- There is not one single positive word in Scripture about homosexuality. Every reference to gayness is always negative and all the examples of marriage and family-life in the Word are all heterosexual.

4.- As Hebrew scholar Michael Brown has declared: there is no textual support whatsoever for Dershowitz’s thesis.

5.- Leviticus 20:13 also condemns gay sex in the fiercest of terms: “If a man also lies with mankind as he lies with a woman, both of them have committed an abomination: they shall surely be put to death; their blood shall be upon them”. Could this perhaps be yet another example of editorial manipulation, Mr. Dershowitz?

6.- Our scholar believes that Leviticus 18 could not have condemned gay sex because such prohibitions were virtually unheard of in the ancient world. But here Dershowitz forgets that God gave His holy law to the Israelites so that they would not walk in the ways of the neighbouring pagan nations.

Leviticus, after all, is a countercultural book (Leviticus 18:1-3, 24-30). In other words, it comes as no surprise that the surrounding nations did not hit out against homosexuality.

7.- Dershowitz bases his thesis on the idea that the glosses added in verses 7 and 14 have a somewhat tense relationship with their respective first clauses without recalling that in Old Testament language, “uncovering the nakedness of one’s father” equals “uncovering the nakedness of one’s mother” (and vice-versa) because the two, according to Genesis 2:24, are one flesh.

A good example is when Jacob rebukes his son Reuben for sleeping with his (Jacob’s) concubine. Sinning with the concubine meant sinning against Jacob. “You went up to your father’s bed; then you defiled it: he went up to my couch” (Genesis 35:22; 49:3-4).

8.- According to the scholar Robert Gagnon, if Dershowitz’s imaginary editor modified verses 7 and 14, he also would have had to add on new glosses to all the verses between 7 and 17 because they form one solid literary unit.

They cannot be separated. It would have been far easier to simply erase verses 7 and 14 rather than rewriting the whole section.

To sum up, let’s not be gullible. We need to discern the times in which we are living. Institutions such as The New York Times and Harvard are by no means opposed to the LGTBI agenda.

We all know that any Bible scholar who proclaims that the Bible supports same-sex relationships is destined for (inter)national stardom, as the case of Dershowitz has proved.

Nevertheless, thanks be to God that in the midst of such apostasy from Scripture, the good Lord has a humble and faithful remnant kept by pure, sovereign grace: a remnant whose faith does not depend upon the wiles of liberal scholars nor upon academic-cum-media empires such as Harvard and The New York Times, but rather upon the Word of God.

Heaven and earth (The New York Times, Harvard and Idan Dershowitz) will pass away, but the Word of Christ shall never pass away (Matthew 24:35). Whatever the world may say, gay sex and homosexual activity continues to be an offence before the one holy God who inspired the blessed, infallible and inerrant pages of Holy Writ.

I am thinking about sending this rebuttal to The New York Times, I wonder if they will publish it?

Published in: Evangelical Focus - Fresh Breeze - The Secret History of Leviticus: A Reply