To the bitter end

Learn to rely on God at each moment, and so be faithful till the end. 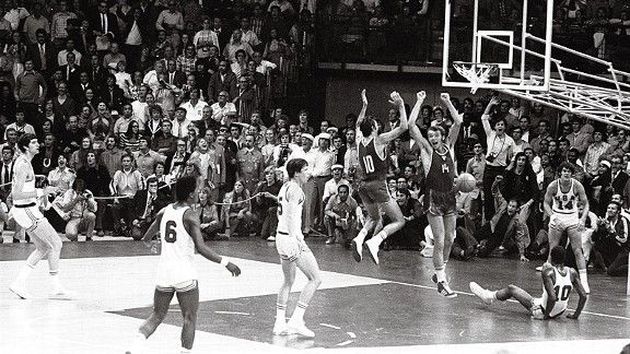 There were three very famous seconds in the basketball finals of the 1972 Munich Olympics.

At the end of the regulation 40 minutes, the United States team was one point ahead of the Soviet Union. The winning team was jumping for joy - but hold on! There were three seconds left on the clock.

In those three seconds, the Soviet team brought the ball from the back of the court right up to the US basket, where Belov scored the winning two points. All in less than three seconds! The Americans had forgotten that you have to fight till the very end.

Most people have heard of King Solomon; it is said that he was one of the wisest men in history. Kings and queens of other nations came to Israel to hear him speak. Solomon himself decided the difficult cases in his kingdom.

Solomon's wisdom came from God, and Solomon knew how to use it. He wrote several of the books in the Bible, by God's inspiration. Solomon's life was an example for all, except at the very end.

The Bible says he came to have about a thousand wives and concubines, and that they turned his heart. It was a sad end to the life of one of the wisest men in the world.

If that's what happened to Solomon, what about us? I know most of my readers are young people, so this is a good time to talk about it.

The perfect race must be run right to the very end. We can't relax and think it's all done bar the shouting; sometimes the greatest errors in life are made at the end, when there's no turning back.

Think it over while you're still young. Decide to follow the Lord in all things and ask him to keep you till the end. Pray each day for God's blessing and ask him to teach you humility.

Learn to rely on God at each moment, and so be faithful till the end. Remember that we must win throughout every day. You can count on God's help. He will never let you down.

Published in: Evangelical Focus - Finish Line - To the bitter end