Our dignity as people doen’t depend on the opinion of others, or how things are going. 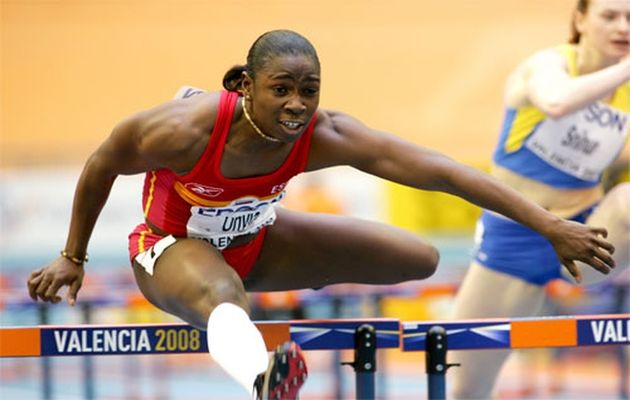 Today I want to tell you about two great friends. One of them is JOSE ANTONIO CHAMOT, one of the most loved football players in Italy (Lazio, Milan) and Spain (Atletico de Madrid).

At the start of the 2001-2002 season, Chamot was out of work in spite of being one of the best defensive players in the world and often playing on the Argentine national side.

A small injury and the fact that he was nearly 30 seemed to form insurmountable barriers. Some thought he would never play for Milan again.

One day we were reading Psalm 20 together, and God showed us the verse quoted above: “They are brought to their knees and fall, but we rise up and stand firm”.

The lesson was clear. Our dignity as people doesn't depend on the opinion of others, or how things are going. EVERYTHING always depends on God's will. With God on our side, we may fall but God will raise us up.

Halfway through that same season, a new coach came along who knew Jose Antonio well. He put him back in the team, and he's been a star player ever since.

“They are brought to their knees and fall, but we rise up and stand firm”. God's promises never fail; Chamot became a European champion with Milan in the 2002-2003 season.

GLORIE ALOZIE had a much harder time; not in her career, but in a much more serious way. Her fiance, Anayo Anugo Hyuginius, was in Sydney for the Olympic Games.He was struck by a car and killed one night when he was training.

Anayo was a strong Christian and there's no doubt that he is in God's presence right now; but imagine what happened to Glorie, his fiance.

Her world fell apart just a few days before she herself was to take part in the Olympics. She was going to withdraw, but God gave her strength to run the 110 metres hurdle race, and she won the silver medal.

Today Glorie is still one of the best athletes in the world, and though Anayo's death was an irreparable loss, she trusts God and his will.

Glorie also learned that even in the hardest trials, “They are brought to their knees and fall, but we rise up and stand firm”. Only by God's grace and mercy; only by the power and help of the Lord.

God still wants to teach us that his promises never fail. His presence is always with us; however hard the fall, however tough the circumstances, he upholds us and will raise us to our feet.