Every one of our good characteristics has a flip side. 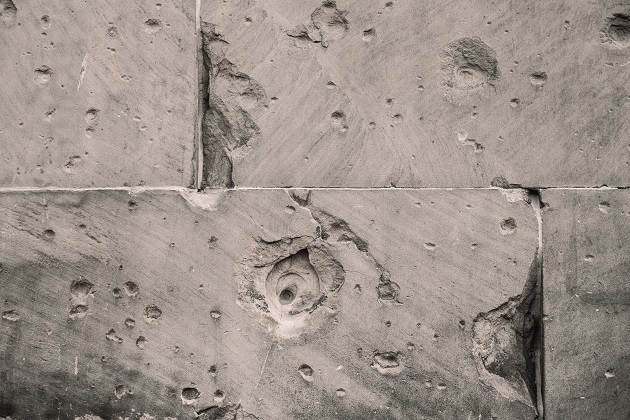 Pharaoh, like any absolute ruler, was not accustomed to people telling him what to do. After all, he was the mediator between the gods and humans, and would himself become a god when he passed on to the next world. So when Moses and Aaron, mere representatives of slaves, turned up and gave him an instruction from their God to let the Israelites go to offer sacrifices in the desert, he was not impressed (Exodus 5:3-9).

However, Moses and Aaron would not take ‘No’ for an answer. They kept coming back to him, with the same request, time after time, and on each occasion they brought a dreadful plague on the land of Egypt. Pharaoh had to maintain his royal prestige, especially in the presence of his courtiers, so he steeled himself against these two troublesome characters. Seven times in the Exodus narrative we are told that Pharaoh hardened his heart, or that his heart became hard.

Two different Hebrew words are used for this hardening. The vocabulary of Old Testament Hebrew is not as extensive as most modern European languages. So, like many other Hebrew expressions, the first of these words translated as ‘hard’ can have a wide range of meanings. In other contexts it has the positive sense of ‘strong’ or ‘courageous’. Pharaoh’s strength and courage was very useful for ruling Egypt effectively, but he took them too far. Strength became the strength of independence, and courage became reliance on himself and his resources. So when the word of the Lord comes to him, he counters it with this independence and self-reliance.

Every one of our good characteristics has a flip side. For example, a strong intellect is valuable, but it can become a hindrance if we have to evaluate every spiritual phenomenon first through the filter of that intellect. The capacity to feel strong emotional empathy is a wonderful relational gift, but if unchecked, those emotions can destabilise us, even cause us to question the goodness of God in the face of our own or other people’s adverse circumstances.

The second Hebrew word used for hardening is also used for heaviness, and for the divine glory, which often manifests itself as a heavy presence when it comes down to the earth, such as when “the priests could not enter the temple of the Lord at its dedication because the glory [heaviness] of the Lord filled it” (2 Chronicles 7:2). Pharaoh had spent his life bolstering his own heart, through the generally accepted belief in his semi-divine status, through the glories of his kingdom and through the obedience and flatteries of his subjects. His heart had become heavy through all these things, and as a consequence it had become unresponsive, even to divine entreaty.

Not only had his heart become heavy, but the linking of this Hebrew word with the divine glory shows us that he had taken some of that divine glory into his heart as his own possession. Ezekiel rebukes another Pharaoh, many centuries later, “I am against you, Pharaoh, king of Egypt. … You say, ‘The Nile is mine; I made it for myself’” (Ezekiel 29:3). This exactly reflects the pretensions to super-human status of the Pharaoh whom Moses and Aaron confronted.

The apostle Paul and his fellow workers experienced the glory of God in incredible ways throughout their lives, but never did they try to appropriate that divine glory for themselves. At the height of his ministry Paul says, “People ought to regard us as servants of Christ and as those entrusted with the secret things of God” (1 Corinthians 4:1) – nothing more, nothing less. To those who wanted to make him leader of a movement he asks, “What is Apollos? And what is Paul? Only servants through whom you came to believe” (1 Corinthians 3:5).

Pharaoh’s hardening his heart had consequences much wider than he might have anticipated. After five different times when Pharaoh hardened his heart, we read in Exodus 9:12, “The Lord hardened Pharaoh’s heart”; and those solemn words are repeated on three further occasions.

That is how it works with God. If we are utterly determined to maintain a certain attitude, resisting all of the corrections or obstacles which he puts in the way, there comes a point when he withdraws his correcting or mollifying influence, and allows us to have what we so earnestly desire; but it is to our own hurt.

That process is described in Romans 1: To those who know God but refuse to glorify him or give thanks to him, “he gives them over in the desires of their hearts to impurity” (verses 21-24). To those who exchange the truth of God for a lie and worship and serve created things, “God gives them over to shameful lusts” (verses 25-26). Sometimes it is really dangerous to receive everything that we want.

How can we avoid this hardening of heart? Hebrews 3 and 4 gives us some very useful tips, turning the focus 180 degrees from Pharaoh to the people of Israel, who themselves ended up hardening their hearts agains the Lord. Three times it says, “Today, if you hear his voice, do not harden your hearts as you did in the rebellion” (Hebrews 3:7-8, 15, 4:7).

Our heart becomes softer when we decide to give up rebelling against God, when we cultivate the capacity to hear his word and when we obey that word. We may not receive everything that we want or expect, but whatever we do receive will be for our good and not for our hurt.