The day will come when there will be no confusion about the future. 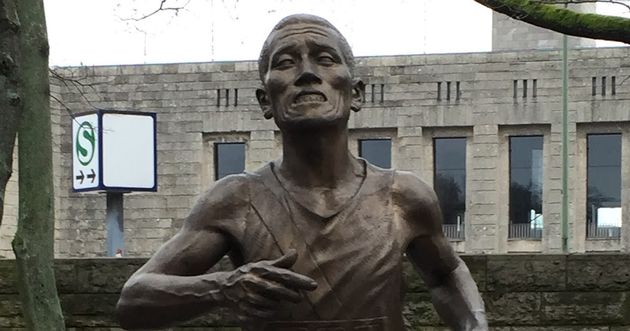 SON KEE-CHUNG listened to the Japanese national anthem a few seconds after receiving the gold medal for the Marathon in the 1936 Berlin Olympics, with his head down and very little joy.

It was a natural reaction, since it wasn't his national anthem. He was Korean and had been obliged to run the race for an invading nation. Thirty years later the International Olympic Committee amended the records to award the medal to Korea. Justice was done. This confusion was set right.

The day will come when there will be no confusion about the future. No national anthems will play; instead we will hear the trumpet call of God. Majestic hymns will be heard, and the Lord Jesus, Son of God, will return on the clouds of heaven.

He won't come back as a humble servant, to die for humanity. That was his job the first time, and history tells the story. This time he will come in power and glory, to reign forever. No-one has ever seen such majesty.

The Bible says that every knee will bow before him. There won't be time to prepare or get right with God. Everyone will have to recognise Jesus as Lord. Some will be forced to it, but by that time it will do them no good.

You know, current events worldwide show us that the day of the Lord's coming is near. Many of the signs have been fulfilled.

None can say for sure that we will even get to the end of this year. The Lord is coming ever closer, every moment, every day; and the manifestation of his glory will be amazing.

Imagine millions of beings singing his glory, the majestic stars shining for him, all of nature proclaiming his power, the heavenly hosts resplendent in light, as humanity has never seen them before - and the Lord Jesus coming down from heaven.

Every eye will be fixed on his incomparable beauty; no one will look away from the coming King.