The mistery of the Bermuda lettuces

In spite of all my efforts, not one vegetable survived in my garden, not a single one... 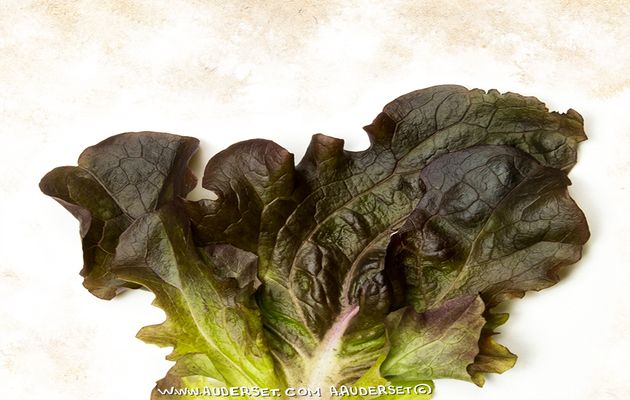 The garden of my soul

I have a little patch of ground behind the house – not a competition garden (defintely not… er, quite the opposite): just a quiet spot where I can talk to God, away from prying eyes.

I am obsessed with fiddling about with something when I speak, so, doing this, I scratch away at the soil. I gently turn the soil and break down the big hard, infertile lumps (in which life finds it hard to grow).

But it’s strange… something is scratching away inside me too: God probably has the same obsession!

The soil is fertile. One look at a particular spot in my garden is enough to arouse in me a wave of tenderness: this corner reminds me of time spent talking to Him about my wife, and that one about one of my children, that one about the project of the comic book without words and there about a friend (Do you see?

That’s the spot I’m pointing at: there!)... As I touch the soil, I become filled bit by bit with a new mindset – the logic of the Creator contained in it.

For example: the burgeoning of a life project which, of necessity, develops over a long period of time. At once fragile and powerful, it demands uninterrupted attention and attentiveness. In short: love and commitment.

On a desert island money wouldn’t be worth anything, but land would, because it’s what plants grow in, which serve as food for us. Mixed with manure, it (the soil, not the food… and, oh brother!, don’t ever invite me to eat at your house!) becomes really rich (‘cause it’ll produce even more...)!

To summarize: shit is more precious than money! (Though, the other day at the shop, well might I have farted so much that my pants nearly split, the check-out girl wouldn’t have any of it!!)...

The mystery of the lettuces

I planted lots of lettuce seeds, but, very strangely, nothing… absolutely NOTHING is growing! That’s not normal!... So, my mind’s made up: from tomorrow morning I am going to carry out a ruthless investigation!

1st day: wonder of wonders, a baby lettuce pokes out the tip of its nose!...

2nd day: woah, has it disappeared? And it’s the same for the bean and the pumpkin shoots...

They’re all over the place! All over!! (Pity that slug jam isn’t exactly my thing...)

And these beasties eat up to 40 times their own weight!

Before, I would’ve thought that a slug was something cool (yippee! Let’s turn the lawn into an ice rink!)...

However, a hatred of slugs grows from a love of lettuces, just as a hatred of evil grows from those we care about, when they are affected by that evil. To really hate evil, you have to have something to lose... like children...

At first, amongst themselves, the slugs called me Mister NASA, ’cause I launched them as far as possible (what’s more, it was funny, because they stuck to the windows).

But as I watched them massacre my baby lettuces, I became ‘Vlad the Impaler’!... As I’m not a monster, I set up ‘swimming pools’ of beer meant for them (the stuff of dreams, eh?) and I joined forces with the snails (seeing as they eat slugs’ eggs!)...

But, grrrr!... when they’ve all gone, they’re still there! Each slug can lay up to 500 eggs per year! Mmmm... hey, I’m thinking about it: for some of the things I pray for, it looks the same: sometimes nothing’s growing there either...

What does a slug mean?

A slug only thinks about eating… and having it off! Pardon the expression but that’s how it is: try explaining to one of those slimy creatures that if – instead of jumping on everything that moves – he let the salad grow to maturity, there would be a lot more of it... Nothing you can do about it! This maniac only thinks about his immediate pleasure, even if it means spoiling his future happiness!

The slugs of the soul

Slugs are our fatalistic thoughts (that’s why our brains are so gluey: have a look for yourselves the next time you’re doing brain surgery amongst friends!!)...

Did you sow a prayer for a particularly difficult thing?... Something like: a relationship problem with someone close to you? But, at the slightest positive sign, along comes a hungry thought, along the lines of:

... There you are, you’ve just gobbled up the lettuce shoot that God had just made grow!

Prayer isn’t just asking for something with words then running off, it’s also:

thoughts moving in the same direction

words that you speak out

a step of active faith

er... there must be something else to add here,

It’s under big, hard, sterile stones (like: great suffering, unforgiveness, etc.) that the insatiable predator hides. He is particularly fond of dark places (that we sometimes even hide from ourselves)... His enemy is the sun!... Bringing things to light, talking about them, recognising our mistakes... and leaving them behind!

In spite of all my efforts, not one vegetable survived in my garden, not a single one... However, on some patches of the dry ground of my unanswered prayers, some little shoots are finally appearing... ‘cause it’s no longer the slugs that’re calling the shots in my head!

The problem with the hedgehog

In my friend Fredo’s garden, it’s incredible! The lettuces are just enormous and the beans prolific... You see, a family of hedgehogs (the best caretaker of gardens in the world) has taken up residence in its bushes.

They really enjoy eating slugs!! (I once worked with a lad who used to swallow one live slug every time he got heartburn: no joke, and it works! Free buffet available at my home for any who are interested...)

The problem with the hedgehog, however, is that you can’t force him to stay at your home: he’s as free as a bird; he alone chooses his habitat (a bit like the Spirit who blows where He wills!)...

The only thing you can do to attract him into your garden is to put lots of nice bushes there, where he can hide. In other words: some areas outside your control…

Well, although it’s true that, when it comes to vegetables, it’s sh it  (I’m deliberately misspelling that, so you won’t see that it’s a bad word), in contrast, when it’s a question of fruit, it’s a yessss! (A victory over the aphids – do you remember?... That was a story in Date in the Forest 1, on page 176)...

All the same, I did find slugs on some tall raspberries (sh…ugar, I don’t believe it!)... but not on the brambles (I never thought that one day I would say this, but, God bless their thorns!)...

I also harvested lots of pears and apples! There’s one apple tree which I christened ‘Einstein’, because it produced so many apples it split in two under its own weight!! Fortunately, however, it survived. Anyway, we’ve never stopped having a lot of fun in this garden...

Published in: Evangelical Focus - Appointment with God - The mistery of the Bermuda lettuces