God's omnipotence and goodness are shown in the way bad things can be made into good. 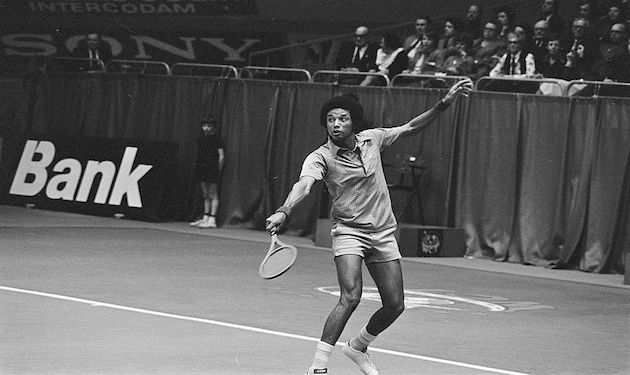 ARTHUR ASHE was one of the best tennis players of the 1960s and 1970s. When he retired from tennis, he developed AIDS from a blood transfusion.

When he found out he had the terrible disease that eventually took his life, his reaction amazed us all. “All I care about is God's will, not my wants or needs. When I played tennis, I never asked God to let me win a match; I'm not going to ask him to heal me now”.

There's a Spanish proverb that says: “God writes straight on crooked lines”. It's very true. God's omnipotence and goodness are shown not so much in good actions or events as such, but rather in the way bad things can be made into good.

That shows his control over circumstances and people. Nothing escapes his hands.

How wonderful! We often get depressed when we think about mistakes we made months or even years ago. Perhaps we don't realise that if God let it happen, it was to teach us something.

Remember he's still in control. He sees our mistakes, and corrects them so we can reach our goals.

That doesn't mean we can knowingly do wrong because God will work it out anyway. No, the way of sin is always longer than the way of God's will. The road of mistakes is much more twisted than the road of good.

Think of familiar Bible stories. One of them tells about when David made the greatest mistake of his life. He killed one of his generals in order to take the general's wife.

He didn't just commit murder here; he lied, committed adultery, deceived others and was a hypocrite in thinking that no-one would ever know.

God didn't tolerate all this, and though David later confessed his sin, he had to bear the consequences, even many years later. In spite of all this,

God blessed David. Out of David's relationship with Bathsheba (his partner in adultery), was born one of the wisest men in history: Solomon. Yes, God writes straight on crooked lines.

Acknowledge the Lord in every aspect of your life. Trust him, because he make s your paths straight, even when you make mistakes. Even when you get off the track, God will br ing you back to himself..