The firstborn of Egypt - Victims

Whenever God breaks into the world, there is an adverse reaction from the ruling powers. 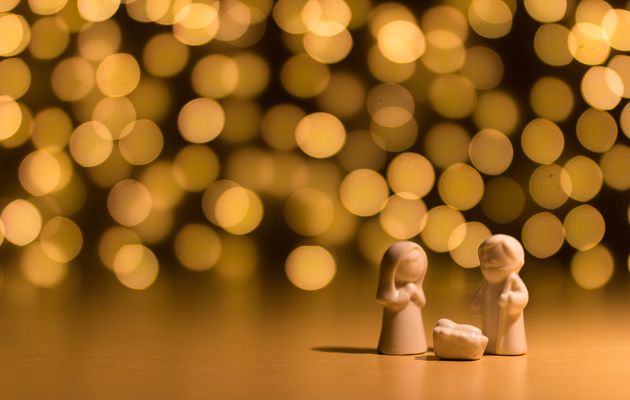 This Christmas we have no doubt enjoyed hearing once again the story of how God came to earth in the person of a human baby, even if we have heard it so many times before.

There is, though, one part of the story which I did not hear spoken about in any of the services which I attended. It is King Herod’s massacre of all the baby boys in Bethlehem (Matthew 2:16-18), expressed so poignantly by the verse of the 15th century Latin carol which we rarely seem to sing nowadays:

Herod then with fear was filled:

All the little boys he killed

At Bethlem in him fury.

An ageing despotic monarch nearing the end of his life, seriously ill, increasingly paranoid because only two years earlier two of his sons where caught plotting to assassinate him and were executed for it.

Mysterious Eastern visitors tell him about another possible pretender to the throne. So he desperately seeks to shore up his dynasty by killing all male children under two years of age in Bethlehem, the town where the newborn pretender was supposed to be living.

This is more the stuff of the Ten O’Clock News than the Christmas story; and it is understandable why it is rarely highlighted. It jars on the beauty and wonder of the crib scene, with the holy family, animals, shepherds and wise men.

Yet it is an essential part of the narrative because it spells out that, whenever God breaks into the world, there is an adverse reaction from the ruling powers. Psalm 2 describes in more detail that opposing reaction and the Lord’s ultimate triumph over it.

For if God’s power had not prevailed on that occasion, there would have been no Jewish race and no Saviour born as a baby from that race.

The Israelites had been reduced to slavery in Egypt and faced a Pharaoh who was determined to wipe out their identity (Exodus 1). The only way of avoiding this genocide was to escape from Egypt.

But how could a bunch of slaves, even if there were 2 million of them, escape from the most sophisticated and advanced military nation of the time? Only God could enable that. And he did.

He chose two brothers, Moses and Aaron, to act as spokesmen for the slaves. Repeatedly they asked Pharaoh to let the Israelites go, but repeatedly he prevaricated and refused.

Through these refusals they brought a series of increasingly severe plagues on Egypt, culminating in a plague of darkness for three whole days (Exodus 3-10).

Imagine every firstborn male in your extended family and friends dead in one night! It is almost beyond comprehension. It took something as drastic as that to prise Israel out of Egypt’s grip.

Yet those deaths could so easily have been avoided – if only the Egyptian rulers had yielded to God’s will.

As we enter 2019, few if any of us are likely to get caught up in a massacre; but we all face a world with a lot of instability.

Trade agreements and missile limitation treaties are being torn up, traditional alliances are being stretched to the limit, stock markets are volatile, a new nationalism is arising, with hostility to foreigners, especially those viewed as ‘immigrants’, over 60 ongoing armed conflicts still rage in various parts of the world.

Will Christians be passive victims the power play of political and spiritual forces, like the toddlers of Bethlehem or the firstborn of Egypt? Or is there another way?

Psalm 91 gives us the beginnings of an answer, with its call to “dwell in the hiding place of the Most High, to rest in the shadow of the Almighty”. To those who do this, it gives a whole series of promises.

To see how this might work in practice, I turn to one of the bloodiest battles in history, the Battle of Waterloo in 1815. Lieutenant-General Sir Harry Smith fought in that battle and tells us about its aftermath in his autobiography:

At Waterloo the whole field from right to left was a mass of dead bodies. … All over the field you saw officers, and as many soldiers as were permitted to leave the ranks, leaning and weeping over some dead or dying brother or comrade.

The battle was fought on a Sunday, the 18th June, and I repeated to myself a verse from the Psalms of that day – 91st Psalm, 7th verse: “A thousand shall fall beside thee, and ten thousand at thy right hand, but it shall not come nigh thee.” I blessed Almighty God.

Does God’s protection always work like that? It did for Sir Harry in one of the most extreme situations which a person is likely to encounter; and I find that immensely encouraging.

Things do not always immediately work out as God intends, because the world we live in is far from ideal. But I would rather die holding fast to the promises of Psalm 91 than allow myself to become a passive victim of circumstances and of global power plays.

Moses gave this promise to his people, and it remains valid: “The Lord will make you the head, not the tail, if you pay attention to his commands” (Deuteronomy 28:13).

Published in: Evangelical Focus - Faithful under Pressure - The firstborn of Egypt - Victims