My God, My God, Why have You Forsaken Me? 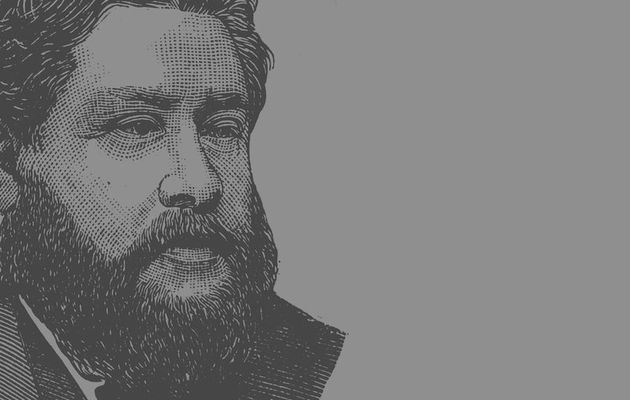 As January once more draws near to a close, we do well to recall the life and legacy of the prince of preachers, Charles Haddon Spurgeon.

Spurgeon’s passion for the old-time Gospel of the Son of God in the midst of an ever-increasingly liberal church-world serves as a grand example for God-fearing evangelical Christians everywhere.

In past editions of Evangelical Focus, we have drawn attention to Spurgeon’s theology, his beloved Gospel, the battle with liberalism that cost him his life, his doctrine of regeneration and the work of the Holy Spirit in ministry as well as his strong emphasis upon the infallibility of Scripture.

Today, we are going to take a look at his moving sermon on Matthew 27:46 (delivered on Sunday, 2nd March 1890) where Jesus cried out from the cross those most agonizing words, “My God, my God, why have you forsaken me?”

It was Spurgeon’s great love for the unadulterated, biblical Christ that ultimately drove his powerful preaching ministry.

After a brief introduction wherein the Englishman depicts the scene of the crucifixion, he shared three points which were to be the outline of his cross-centred sermon:

1.- What our Lord Suffered on the Cross

Christ’s suffering was not first and foremost physical but of a spiritual nature. Jesus never uttered a word of complaint about his bodily anguish whilst crucified; but He did cry out about the loss of the Father’s presence.

This desertion was, according to Spurgeon, “the lowest depth of the Saviour’s grief”. What could be more dreadful for the blessed Son of God than to be conscious of the Father’s withdrawal?

This concept is hard for us sinners to fully grasp. Since we are all so spiritually lukewarm by nature, most of us go through life without sensing the nearness of the Almighty.

But imagine if we were angels who had spent entire millenniums in the presence of the Most High only to find ourselves lost one day in a forest, far away from the glory of God.

How would we then, as such holy beings feel? Would not we fervently desire to be reunited with our Lord?

And yet, the Lord Jesus Christ was no mere angel. He was the Holy One incarnate, the Second Person of the Blessed Trinity. Had not the Son of God dwelt in the perfect love of the Triune Godhead even before the angelic host were brought into being?

How must it have been for such a God-enthused Saviour to have experienced one single second of distance from His most precious Father? Would not that moment of separation been a curse worse than hell itself?

It would seem to be that Christ had this act of desertion in mind when He prayed intensely in the Garden, “If it be possible, let this cup pass from me; nevertheless, not as I will but as you will”.

In other words, it wasn’t so much the physical pain as the soul-torment of not experiencing the approval of His God which led Christ to shed drops of blood as He wrestled in prayer.

Jesus, then, was entirely forsaken of His God on the cross of Calvary. A disjointing in the Trinity! How can this be?

But the big question is: why? Why was Jesus forsaken by His God? Why this cold distance within the Godhead? Why? A thousand times: why?

Before proposing his answer, the pastor drew attention to our Lord’s love for Scripture in that He was evidently citing Psalm 22 upon the cross.

“Oh, that we may so love the inspired Word that we may not [only] sing to its score, but even weep to its music!” Before dying, Christ drew comfort from two marvellous means of grace: the Word of God and prayer.

Now, unto the answer! Why was Christ forsaken? It was because He was the sin-bearer. He took the sins of His people upon Himself. He became sin in their stead so that their condemnation could fall upon Him.

Their curse was made His so that they could go free. “Sin was laid on Him, and He was treated as if He had been guilty, though He had personally never sinned”.

Upon the cross, the Father looked upon the Son with no pity. The judge, to fulfil the just demands of the law, had to condemn the vile offender.

“The great Judge of all cannot smile upon Him who has become the substitute for the guilty. Sin is loathed of God; and if, in order for its removal, His own Son is made to bear it, yet, as sin, it is still loathsome, and He who bears it cannot be in happy communion with God”.

3.- What Came of His Suffering

Christ, then, was abandoned by the Father because He was the chosen sin-bearer. After going through such turmoil, what came of the suffering of the Son?

Spurgeon highlighted the next sentence on the Messiah’s lips, “It is finished”. Christ had completed His calling unto perfect obedience in order to be the Saviour of all of those who were to believe in Him.

Since Christ had fulfilled all righteousness by means of His impeccable life and death, God could freely receive sinners into His kingdom without being corrupt or unjust.

A loving judge, for example, cannot simply release a convicted criminal from jail because he feels like doing so. He is to be a personification of the law. A judge who frees the guilty should be put in prison himself! He is a danger to society and an enemy of the state!

However, since Christ took upon Himself the punishments that were due to His people, that is, since He suffered in their place; God may now set sinners free and still remain entirely righteous. God is not corrupt! He upholds the law!

What, then, came of Christ’s suffering! Why, salvation full and free!

After rejoicing in the glorious news of the Gospel, Spurgeon wrapped up the message with three words of application for his listeners:

1.- Let Us Lean Hard Upon Christ

Given that Christ is the perfect Saviour; let us lean forcibly and heavily upon Him. “He will bear the full weight of all our sin and care”.

We must also take great joy in the assurance of our salvation, realizing that our blessed Redeemer paid for every single sin (past, present and future).

We cannot be condemned because Christ was condemned in our stead. When the devil speaks fear and insecurity into our hearts, we respond to him with one powerful word: “Jesus!”

2.- Let Us Learn from the Lord’s Example

Like the Lord Jesus, we as His followers, must be diligent in applying the means of grace to our lives; above all, the Word of God and prayer.

And if we ever feel distant from God or God distant from us, let us recall that the only way to experience His approval and smile is by drawing near to Him in the name of the perfect sacrifice, the Lord Jesus Christ.

If sin caused our dear Lord’s death, how can we flirt about with it? “Sin murdered Christ; will you be a friend to it? Sin pierced the heart of the Incarnate God; can you love it? Oh, that there was an abyss as deep as Christ’s misery, that I might at once hurl this dagger of sin into its depths, whence it might never be brought to light again!”

So, let us lean upon Christ; let us learn from His example and let us hate sin with a perfect hatred.

Blessed be God for the sacrifice offered by the Lord Jesus Christ!

And blessed be God for raising up every preacher –like Charles Haddon Spurgeon- who strives to make us dwell upon Christ’s glorious person and flawless work time and time again!

Published in: Evangelical Focus - Fresh Breeze - My God, My God, Why have You Forsaken Me?