When we respond in faith to God’s prompting, who knows how far the influence of our actions will go? 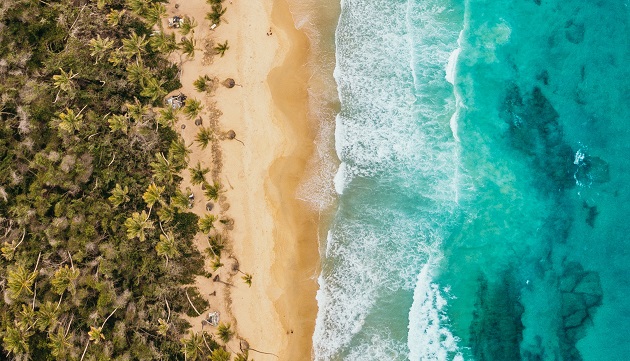 When the Israelites left Egypt under Moses’ leadership, they took a very strange package with them: “Moses took the bones of Joseph with him because Joseph had made the sons of Israel swear an oath. He had said, ‘God will surely come to your aid, and then you must carry my bones up with you from this place’” (Exodus 13:19).

Of all the 12 brothers, one would have expected Joseph to be the one most attached to Egypt. For, after a shaky start, Egypt had been very good to him. He had been a key figure in the Egyptian court for 80 years and had no doubt lived a life of considerable influence and luxury. He, above all the other brothers, could have been expected to promote the benefits of the Egyptian system. Yet only he, and not one of the other 11, gave these instructions.

For Joseph was a man of faith who listened to God, even though he was surrounded by pagan religion and probably obliged through his position to take part in many pagan ceremonies. He told his brothers, “I am about to die. But God will surely come to your aid and take you up out of this land to the land he promised on oath to Abraham, Isaac and Jacob, … and then you must carry my bones up from this place.” (Genesis 50:24-25).

300 years later Moses remembered this oath, searched out Joseph’s coffin and hurriedly prepared it for transportation. I recently visited the Egyptian section of the Ashmolean Museum in Oxford and saw at first hand Egyptian coffins and their mummified bodies. Joseph had been embalmed in the Egyptian manner (Genesis 50:26) and carrying his coffin around wherever the Israelites went was no small task. But they took their oaths very seriously then!

Why was Joseph so insistent about this? Why did he put the Israelites to this? Could he not have stayed buried in Egypt, like his brothers and his sons? No! For he realised something profound: we may still have an influence on this earth long after we have passed on from it.

This is seen most clearly in the arts. We still love to watch Shakespeare’s plays, 300 years after his death. We still admire (and pay a lot of money for) the paintings of Van Gogh, over 100 years after the end of his short life, and we will do for many years to come.

We see it in politico-religious life. Henry VIII’s dissolution of the monasteries has left a profound imprint on English religious life over the past 450 years. The shaping of the Church of England by his daughter Elizabeth I - requiring loyalty but tolerating a certain diversity of practice - has left its mark on that church even today.

Joseph left behind nothing of artistic value; and his rule in Egypt had no influence on the future Israelite kingdom. However, there is a more intangible, spiritual influence, which is open for all of us to exercise, even if we have no great artistic talent or political or religious power. The presence of Joseph’s bones with the Israelites was a daily visual aid of God’s faithfulness.

‘Not this **** coffin again!’ You can imagine the complaints of those who had to put it back on the cart for transportation each day. Then somebody would reply, ‘Don’t say that! He was the great-grandson of our father Abraham. He was forced to live in Egypt, but he knew that one day we would come back to the land which God had promised to Abraham. So when I see his coffin, it gives me confidence that God will definitely fulfil his promise to us.’ And he did.

We see that same kind of influence in Hudson Taylor, the pioneering missionary to China in the 19th century. He learnt Chinese, dressed in Chinese clothes, and went to places in the interior of China where there were no other expatriates, unlike most other missionaries of his time. His goal was not to have Chinese Christians become like English Christians, but to have them become Chinese Christians in a Chinese-led church.

Taylor died in 1905. 45 years later the Communists took over in mainland China and expelled all Christian missionaries. Things looked grim for the Chinese church. I remember debates in the 1970s as to whether there were actually any Christians left in China, after the brutal persecution of the Cultural Revolution (1966-1976). Then, gradually, news started filtering out of a network of thousands of indigenous, Chinese-led, Chinese-grown house churches, which had maintained a vital spiritual life underground for over 25 years under intense persecution. These house churches formed the foundation for the spectacular growth in Christianity in China, to the point that there are now up to 100 million Chinese Christians.

Hudson Taylor’s insistence that Chinese Christians should be authentically Chinese and lead their churches lived on well beyond his death, and enabled the Chinese church to survive many years of severe persecution, and to thrive. Of course, all that was not due to Hudson Taylor alone; but his role was significant and beyond what he could ever have imagined.

Influence after death can be negative too. 40 years after the death of King Manasseh, Judah was destabilised by foreign raiders. “These things happened to Judah … because of the sins of Manasseh and all he had done, … for he had filled Jerusalem with innocent blood” (2 Kings 24:4).

While we are alive, we have the opportunity to lay foundations which will influence our world long after we are gone: our family, our church, our work sphere, or wherever. We do this not by empire building – which is the way of the world – but by following Joseph’s example. “By faith he gave instructions about his bones” (Hebrews 11:22). When we respond in faith to God’s prompting, who knows how far the influence of our actions will go?