The Real Roots of the Sex Abuse Scandal

Rome's problems are a lot more radical than they seem. 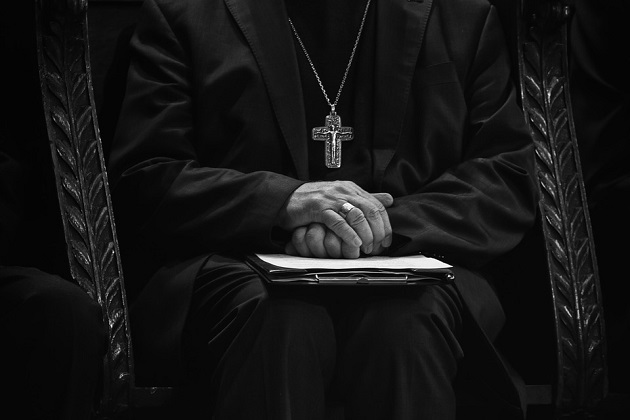 “Sexual abuse is blamed on clericalism. But the first and primary fault of the clergy does not rest in the abuse of power but in having gone away from the truth of the Gospel”.

So wrote Cardinals Raymond Burke and Walter Brandmüller this week. And rightly so!

But the pressing question for us Protestants is just how Christian is the Roman Catholic Gospel? Can a faulty Gospel message ultimately produce biblical sanctification?

Back in the days of the Reformation, our forefathers were quick to call the Vatican’s ‘Good News’ into question as it blended justification into sanctification thus converting the Gospel into a message of grace plus ethics or, in more popular terms, of faith plus works.

When Rome dogmatically condemned the Protestant position at Trent, her rationale was precisely the same as that of those who had opposed the apostle Paul some fifteen centuries earlier, namely, that the free Gospel of justification by faith alone in Christ alone was tantamount to moral anarchy.

Logically speaking, Catholicism seemed to be in the right. After all, if the church were to preach that only by faith in the crucified and risen Christ could one stand declared guiltless before God on the Final Day, surely all hell would break loose on earth.

It sure made a whole lot more sense –in the name of good “Christian principles”- to extol both faith and obedience as sources of eternal salvation.

But such a Gospel, as Paul explained to the Galatians, was a non-Gospel. And whereas the biblical Gospel of grace bears precious fruit in all the earth (Colossians 1:6); a corrupt Gospel of human achievement is doomed to failure from the word go.

Ironically, history sides with the Pauline Gospel as rediscovered by Luther and Calvin.

Once again, for example, the Corruption Perceptions Index testifies that the least corrupt nations on the face of the planet have, in the most part, deep Protestant roots.

Over the centuries, Protestantism has led the way in health-care, work ethics, education, democracy, liberation from the slave trade, black-white equality and a host of other socio-politic blessings that we all take for granted.

In fact, it is thanks to the evangelical principle of accountability and transparency that countless sex abuse scandals are being unearthed in our own days.

Granted, the so-called Protestant nations are surely but slowly drifting into spiritual apostasy, forsaking the rich biblical heritage of generations past and turning liberty into licentiousness.

Nevertheless, at the popular level, key Christian principles are still profoundly ingrained into the Western consciousness and culture which continue to restrain our sin.

How come? Why is this so? What can explain the triumph of Protestantism?

As paradoxical as it may sound, the answer is that way in which evangelical faith does ethics.

Whereas Rome puts our obedience on par with Christ’s atoning work; Protestantism was more than content to put ethics into second place.

In other words, the Reformers saw Christian obedience, first and foremost, as a Christian’s joyful response to the grace of God revealed in the Gospel.

God’s first word to us, then, is grace; not obedience (as the preface to the Ten Commandments makes clear).

Morality, therefore, in Protestant thinking does nothing to save one’s soul. And since that is so, ethics loses its enslaving character which is so prevalent in Roman thought.

Obedience becomes the happy reaction of a thankful, Christ-centred believer. And that, my friends, is revolutionary!

It is this “happy reaction” which kills off corruption, sex scandals and lack of transparency.

And it is this “happy reaction” which is all but absent from the Gospel of the Roman Catholic Church. At the end of the day, a Gospel of grace plus ethics is not Good News. It makes no one happy.

So, yes, Cardinals Burke and Brandmüller are right.

But, sadly, they are not right enough...