Moses is silent, then acts on what he hears from the Lord, and so experiences one of the most remarkable deliverances the world has ever seen (Exodus 14:19-31). 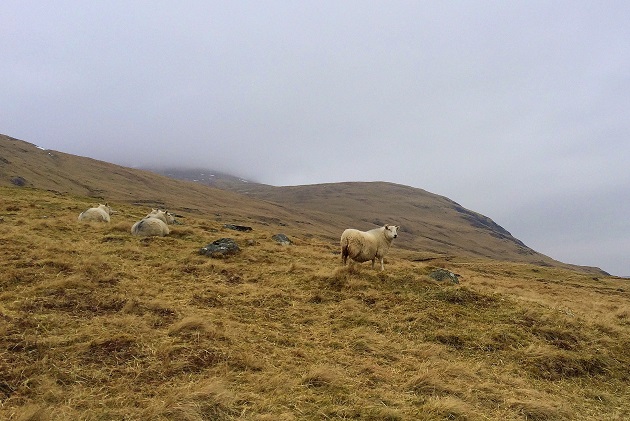 Over the last few years I have discovered a new dimension of relating to God. For over 40 years I have regularly engaged in prayer, worship, Bible study and other spiritual disciplines, and I have frequently encountered him through these.

I do not remember how it came about – my wife’s increasing interest in Celtic and contemplative spirituality certainly had an influence – but I have discovered the joy and wonder of spending time before God in silence. No requests, no problems or difficult issues to lay before him, no expecting him to reveal something to me; just wordlessly receiving his love and expressing my love to him.

I have found it surprisingly difficult to do this, even for five minutes. Thoughts flood into my head, I am reminded of requests that I want to offer up to God, the ‘to do’ list tries to force its way into my mind. Yet the benefits have been enormous. I have experienced God’s love at a level deeper than ever before, and I feel that my relationship with him has gained an added dimension.

I know that the practice of silence goes all the way back to primitive Christianity, to the desert fathers; but I thought that it had been largely lost to evangelical and charismatic Christians. So, I was surprised and encouraged to find the famous 19th century evangelical preacher, C.H. Spurgeon, advocating this practice. In his Lectures to My Students, he writes,

Time spent in quiet prostration of soul before the Lord is most invigorating. … Quietude, which some men cannot abide, because it reveals their inner poverty, is as a palace of cedar to the wise, for along its hallowed courts the King in his beauty designs to walk. … Priceless as the gift of utterance may be, the practice of silence in some aspects far excels it.

Moses spent 40 years in the desert, much of the time in the company of sheep. So he was well practised in the art of silence. This stood him in good stead when later on he faced a serious crisis. On the way out of Egypt, the Lord had manoeuvred the Israelites into a position where they were hemmed in by the sea on one side and the Egyptian army on the other side. There was seemingly no escape. The people began to panic (Exodus 14:1-12).

Because Moses had learnt to be silent with the Lord, he was not phased by the situation. He told the people, “Stand firm and you will see the deliverance the Lord will accomplish for you today. … The Lord will fight for you; you need only be still” (Exodus 14:13-14). Stand firm! Be still! When the most powerful army in the world is just about to mow you down! That takes a lot of courage, and a lot of practice of silence before the Lord.

An eerie hush comes over the people at Moses’ command, expectation mixed with raw fear and apprehension. The Lord meets Moses in the silence, so that he not only hears words from him, but more importantly, he hears his heartbeat, his deep concern for the Israelites and his willingness to save them from the Egyptian army. Moses experiences the truth of what Solomon would write many centuries later, “Guard your steps when you go to the house of God [i.e. into his presence]. Go near to listen, rather than to offer the sacrifice of fools” (Ecclesiastes 5:1).

What Moses hears from the Lord is quite staggering. First he expresses his displeasure at all the wailing and complaining that he had heard before the silence: “Why are you crying out to me?”  Then he commands Moses to act: “Tell the Israelites to move on. Raise your staff and stretch out your hand over the sea to divide the water so that the Israelites can go through the sea on dry ground” (Exodus 14:15-16).

Nobody in the whole of history had ever done anything like that before. Moses had confidence to do it, not only because he had heard a command from the Lord, but also because in the silence he had heard the Lord’s heart, and he knew that the command, however outrageous it might seem, was consistent with that heart.

We often agonise over whether something that we have heard really is from God or not. The process of him communicating with us is not one of divine dictation, like a manager dictating a letter to their secretary, but of God communicating his heart through relationship. The more we know his heart, the easier it is to discern whether something is from him or not. It is in silence before him that we filter out the words and get to know his heartbeat.

That is also the example that Jesus gave us. Before making the major decision to appoint the 12 apostles, he spent the whole night in prayer (Luke 6:12-13), much of it no doubt in silence. Elsewhere he tells the Jews, “The Father loves the Son and shows him all he does” (John 5:20). If somebody is showing me something, I need to be silent if I am to take it in.

Silence before God is not intended to lead to passivity or inaction. Jesus prays all night, then puts into action his choice of the 12 apostles. Moses is silent, then acts on what he hears from the Lord, and so experiences one of the most remarkable deliverances the world has ever seen (Exodus 14:19-31). Silence before God will propel us into actions which we have never before envisaged.

Of course silence is not the only way to engage with God. It is not a substitute for Bible study, intercessory prayer, fasting or other disciplines. But, as Moses’ example shows, it opens a dimension of relationship with God which cannot be attained through other disciplines.