Christ's view of sexuality was the same as that of the Old Testament. 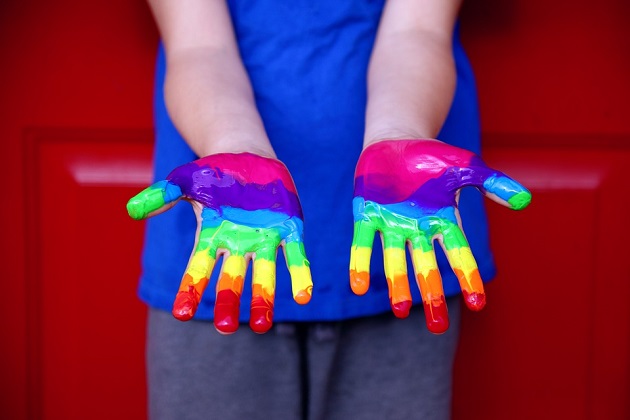 The New Testament follows the pattern of the Old Testament in that it defends traditional marriage, as instituted in the Garden of Eden, between a man and a woman.

Perhaps the best example is the Lord Jesus Christ who said in no uncertain terms, “He which made them at the beginning made them male and female” and, “For this cause shall a man leave father and mother and shall cleave to his wife: and the two shall be one flesh” (Matthew 19:4-5).

Christ, the Head of the church, clarified that God’s will was for a man to wed a woman (and vice-versa).

The rest of the New Testament, in submission to the authority of the Son of God, teaches the same doctrine. Any type of sexual activity beyond the confines of heterosexual marriage is strictly forbidden by Scripture. And the culprits will be severely punished (Ephesians 5:5; 1 Thessalonians 4:4-7; Hebrews 13:4; Revelation 21:8; 22:15).

In the light of such clear statements from the lips of Christ, there really is no need for any other verse in the New Testament condemning homosexuality. For example, when a teacher points out that two plus two equal four; he/ she doesn’t have to say that two plus two don’t equal five.

Nevertheless, to help us in our weakness, the Spirit of God has given us four crystal-clear New Testament texts that indisputably reveal what the Lord thinks about same-sex relationships.

For this cause did God give them up unto vile affections: for even their women did change the natural use into that which is against nature: and likewise also the men, leaving the natural use of the woman, burned in their lust one toward another; men with men working that which is unseemly, and receiving in themselves that recompense of their error which was meet.

Know you not that the unrighteous shall not inherit the kingdom of God? Be not deceived: neither fornicators nor idolaters nor adulterers nor effeminate nor abusers of themselves with mankind.

... The law is not made for a righteous man, but for the lawless and disobedient, for the ungodly and for sinners, for unholy and profane, for murderers of fathers and murderers of mothers, for manslayers, for whoremongers, for them that defile themselves with mankind, for menstealers, for liars, for perjured persons, and if there by any other things that is contrary to sound doctrine.

Even as Sodom and Gomorrah, and the cities about them in like manner, giving themselves over to fornication, and going after strange flesh, are set forth for an example, suffering the vengeance of eternal fire.

Once again, there is no discrepancy here between the Old and the New Testaments over the question of homosexuality. Whether we like it or not, the Book of God and the Lord Jesus Christ resolutely oppose it. And the beloved Son of God is a lot wiser than us lot.

And thanks be to God that the good news of the New Testament Gospel is that there is forgiveness available for all those who place their trust in the crucified and resurrected Christ, repenting from their lives of sin.