Kudos to the New Zealand government

In an era of polarized politics and dysfunctional governments, it is heartening to witness politicians act with courage, promptness, and moral clarity. 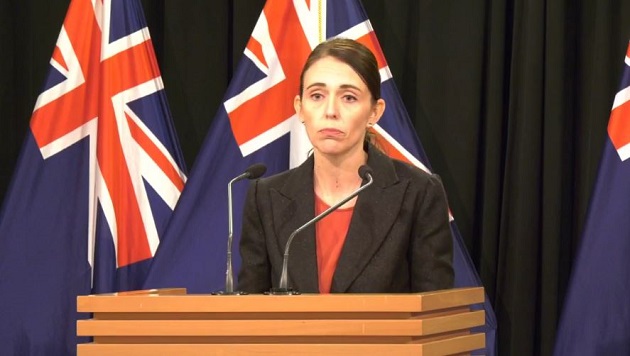 This past week a terrible tragedy has shaken the world. A man identified as a white supremacist cowardly opened fire upon a crowd of worshippers on March 15th at a mosque in New Zealand, slaughtering 50 people.

It is a sad story on so many levels. The Economist has observed that social media was used to broaden the impact of the act of violence (the attacker live-streamed his firing upon the crowd).

Others have lamented that military-grade weapons were available to a deranged civilian and that white supremacy ideology has spread throughout the world. Most importantly, representatives of numerous faiths and governments have condemned the attack and have expressed solidarity to the Muslim victims and survivors of the Christchurch massacre.

In the midst of the tragic news, a few glimpses of hope have caught my eye. The first is how the New Zealander government has swiftly taken measures to limit the impact of this attack and to prevent further destructive acts. Within days, Parliament has banned military-style automatic and semiautomatic weapons and high-capacity ammunition magazines. It has made the online sharing of footage of the assault a crime.

Strikingly, New Zealand’s Prime Minister has refused to utter the attacker’s name. “He may have sought notoriety, but we in New Zealand will give him nothing,” she is quoted saying. “Not even his name.”

The New York Times’s Editorial Board, in an article entitled “America Deserves a Leader as Good as Jacinda Ardern”, has commented,

That attitude stood in stark contrast to the way the National Rifle Association and its political allies in the United States have resisted any restrictions on weapons like the AR-15, the semiautomatic rifle used in several mass killings.

In New Zealand, it took one mass shooting to awaken the government. In the United States, even a string of mass killings – 26 dead in a school in Newtown, Conn.; 49 in a nightclub in Orlando; 58 at a concert in Las Vegas; 17 in a school in Parkland, Fla. – has been enough.

I wish to add my own words of appreciation for the way New Zealand has dealt with this tragedy. In an era of polarized politics and dysfunctional governments, it is heartening to witness politicians act with courage, promptness, and moral clarity. If Jacinda Ardern wins the next Nobel Peace Prize, she will have deserved it.

As a Christian leader, I realize that the way New Zealand has addressed this tragedy will speak tons to the Muslim world. Although the attacker was an allegedly Australian white supremacist, and New Zealand is not an officially Christian country, when tragedy hurts the emotions of many will be to resent an attack on Muslim worshippers by a Western man on a city called Christchurch. The fact that Christians alongside people of other faiths or no faith have condemned this attack on Muslims is meaningful.

I got a glimpse of this at a dialogue I’ve held with a representative of Rome’s Mosque – the largest in Europe – in Rome in 2016. The cordiality and fraternal spirit we shared was remarkable. In particular, the Muslims present at that event grew emotional when I asked forgiveness for harmful acts done by Christians in the past, especially the Crusades. What may seem like events of long ago are still fresh wounds to them.

Christians are the most persecuted religious group in the world. We have grown tired of attacks on churches, of kidnapping and enslavement of girls, of beheadings and crucifixions. We understand the pain and the anger that arise when brother and sisters are viciously killed.

That’s why it is important to express solidarity to people of other faiths when they face such tragedies. We stand against any act of terrorism – on Christians, Jews, or Muslims. Or anybody else.