Hovering in the wind

The allusion in the book of Job (39:26) provides surprising information about the habit of the Falco tinnuculus of hovering in the air and remaining stationary in order to be able to observe possible prey. 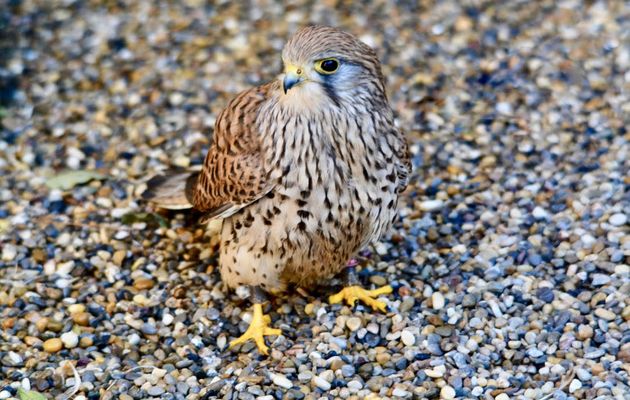 Female windhover, a species that is very common in Israel which devours its prey on the ground. Its prey mainly consists of small mammals, beetles, lizards, worms and small birds. / Photo: Antonio Cruz

“Does the hawk take flight by your wisdom and spread its wings toward the south?” (Job 39: 26)

The term “windhover” is not used in Bible translations, instead we find the terms “hawk” or “sparrowhawk”. In fact, the windhover is a small species of hawk which is very common in Israel and throughout the Bible lands. It is very likely that this bird features in the list of impure species in Leviticus (11:16).

The allusion in the book of Job (39:26) provides some surprising information about the habit that some members of this species, notably the Falco tinnuculus, have of hovering in the air very conspicuously, looking into the wind, (hence its name) and remaining stationary at between 10 and 20 metres, in order to be able to observe possible prey, before swooping down for the kill like a bullet from a gun.

The common windhover (Falco tinnuculus) is one of the best known and most frequently observed birds of prey in the Falconidae family, although their numbers have been declining of late due to the industrialisation of agriculture. There are about ten subspecies distributed throughout Africa, Asia and Europe, although because of certain human interventions, some of them have spread to America, the Caribbean and Indonesia.

They are about the same size as a pigeon with long wings. They hunt during the day, and rest on electric wires and telegraph poles. The males have a bluish grey head and a reddish upper body, while the females have a brown head and tail. 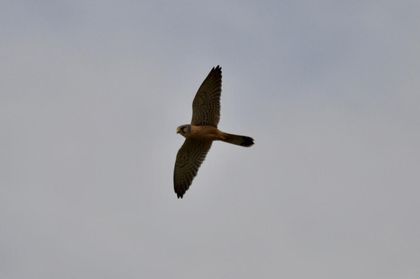 The text quoted from Job can also be interpreted as an example of migration. Some windhovers migrate to the north of Europe during the summer, whereas in winter they travel in the opposite direction, towards the south. Science is uncovering more and more about birds’ mysterious migratory movements, but there is still a great deal to be discovered. We are aware of the existence of about 600 species in Eurasia and about 200 in North America.

What is it that guides them with such extraordinary precision in their migratory travels? How do they know when to leave and where to go? The beginning of their migration is associated with internal physiological rhythms. Birds undergo changes in their bodies as a result of changes in the duration of daylight hours, in rain and wind, or in their reproductive cycles, which trigger states of hyperactivity, or migratory anxiety. This causes them to eat excessively, to store up fat in their chest-muscles, and in other parts of their body, which will serve as fuel during their long flights.

Many species lose up to half of their body-weight during the journey. Some sea-birds, such as the tern and the skua, travel more than 13,000 kilometres in their flight from the Arctic to the Antarctic. By what biological mechanism do they achieve such feats? Birds are not only able to orient themselves through the earth’s magnetic field, but they can “see” their way ahead correctly because they are equipped with a kind of magnetic compass in the vision region of their brains known as the “Cluster N”. [1] It is akin to a sixth sense which we humans lack. They can see their pathway in the sky, and follow it infallibly. Not only do they, in this sense, set an example for us humans, but they also evince the wisdom of their omnipotent Creator.

Published in: Evangelical Focus - Zoe - Hovering in the wind