It is not the Triumph which is the problem, but how we treat it. 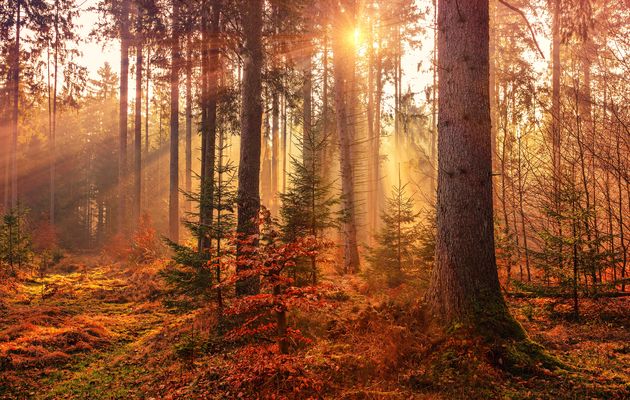 If you can meet with Triumph and Disaster

And treat those two impostors just the same, …

These intriguing lines were penned over 100 years ago by English Nobel laureate Rudyard Kipling in his powerful poem, If.

It is not hard to view Disaster as an impostor, forcing its unwelcome way into our lives, absorbing our emotions, our thinking and our attention, leading us on paths which we had not wanted to tread. Yet rarely do we think of Triumph as an impostor.

We long for triumph, we long for success, we long to see our plans, hopes and dreams come to fruition.

It is not the Triumph which is the problem, but how we treat it. Success gives us a firm basis for moving forward. However, drawing lessons from the example of the Israelites in the wilderness, Paul warns, “If you think you are standing firm, be careful you don’t fall” (1 Corinthians 10:12).

A friend of mine once told me how, when he had first become a Christian, he had a big problem with bad language. He was a teacher and one day, walking through the school corridors, he thought proudly to himself, ‘I haven’t used bad language for many days now. I’m doing really well!’

Immediately, a child bumped into him and made an aggressive comment. A stream of foul language flowed from his mouth. He learnt the hard way the truth of the words, “It is the Lord who is able to make his servant stand” (Romans 14:4).

Triumph breeds confidence. Jesus said, “Whoever has will be given more, and they will have an abundance” (Matthew 13:12). Past triumphs give confidence for the future.

Paul testifies to this: “God has delivered us from such a deadly peril, and he will deliver us. On him we have set our hope that he will continue to deliver us” (2 Corinthians 1:10).

However, Triumph may also breed self-confidence. “The wealth of the rich [those who triumph in financial affairs] is their fortified city; they imagine it an unscalable wall” (Proverbs 18:11).

Triumph may also be measured by our conformity to a religious system which we have constructed, like the Pharisees. Jesus observed that they were “confident of their own righteousness, and looked down on everybody else”; but they “prayed to themselves”. God was not listening (Luke 18:9-14).

Triumph may hinder us from growing as a person. We can think to ourselves, ‘Why change? Why alter a winning formula? If it ain’t broke, don’t fix it!’

But his success only reinforced his pride and vanity. It led him to raise a rebellion against his father, which resulted in his defeat and untimely death (2 Samuel 18).

What do you do when you have just had the most stupendous Triumph of your life? This was the experience of the Israelites, on the other side of the Red Sea, safe and sound, with the Egyptian army which had so long oppressed them lying dead on the opposite seashore (Exodus 14).

Miriam, one of the leaders of the Israelites (Micah 6:4), shows us the way to respond. Faced with a Triumph beyond her wildest dreams, her response was uninhibited praise:

“Sing to the Lord

for he is highly exalted

The horse and his rider

Praise reminds us of who God is – the creator – and of who we are – the created. It gives us confidence, not in ourselves, but in the God whom we are praising.

It brings the aroma of heaven to earth, as we catch a glimpse in Revelation 5 & 7 of the praise which is continually being offered up in that realm.

Praise is an expression of our thankfulness, both for the large triumphs such as Miriam’s and the Israelites’, or the many smaller everyday ones.

In Old Testament times, a person who was thankful to God for a triumph offered him a sacrifice – either in anticipation of triumph, like Gideon in Judges 6:17-24, or after the triumph, as the unfortunate Jephthah in Judges 11:29-40. In fact, praise is one of the few sacrifices which the New Testament tells us to offer (Hebrews 13:15).

Jesus’ desire for his people is that we experience life in abundance, in the same kind of intimate relationship with him as a shepherd has with his sheep (John 10:10). Praise maintains this relationship on a good footing and so enables us to experience the abundance which Jesus desires for us.

Exodus 15, on the far bank of the Red Sea, was the high water mark of Israel’s relationship with the Lord. Enemies defeated, slavery broken, a new land ahead of them, grateful acknowledgement of the power and goodness of their God.

Sadly, this did not last long. Only three days later, when the local water was too bitter to drink, they started grumbling against Moses – and implicitly against the Lord (Exodus 15:22-24). Praise was forgotten.

So Hebrews 13:15 exhorts us to “continually offer to God a sacrifice of praise – the fruit of lips that confess his name”. Moses developed that lifestyle of praise.

So, when he hit a problem, he faced it fair and square, but he knew that his previous triumphs were totally dependent on the Lord. Therefore he cried out to him; and his cry was answered (Exodus 15:25).

Developing a lifestyle of praise will strengthen our relationship with God. It will ensure that Triumph is no longer an impostor, but becomes a friend, a stepping stone to further triumphs. “Thanks be to God, who always leads us in triumphal procession in Christ” (2 Corinthians 2:14).