The theology of Cornelius Van Til 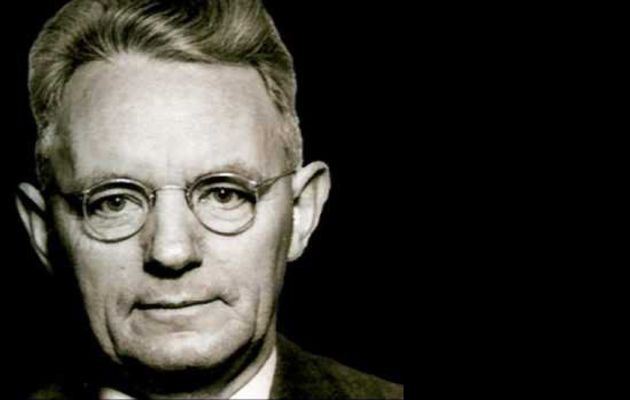 The acclaimed Protestant apologist Cornelius van Til passed into glory on 17th April 1987.

According to the Reformed systematic theologian John Frame, Van Til was the most important Christian thinker since the days of Calvin and his impact in the field of Apologetics was similar to that of Kant in non-Christian Philosophy.

Today, in honour of his rich legacy, I would like to outline the key axes in the thought of the theologian.

THE THEOLOGY OF VAN TIL

I shall divide the Dutchman’s systematic into seven sections:

Van Til refused to buy into the neo-Kantian distinction between Historie (literal history) and Geschichte (existential history) propagated by the disciples of Adolf von Harnack and Wilhelm Hermann.

As a faithful and historical Protestant, Van Til appealed to the plenary inspiration of Scripture believing that all the Word was inspired by the Holy Spirit.

Both the religious parts and the historical parts of Sacred Writ were given by God. In fact, so convinced was he of the Bible’s authority that when he left Princeton Seminary over its theological liberalism, Van Til joined forces with J.Gresham Machen over at the recently founded Westminster Theological Seminary.

Keeping in line with the Reformed tradition, Van Til realized that nobody can accept the full authority of the written Word of God lest that person be regenerated by the Spirit. 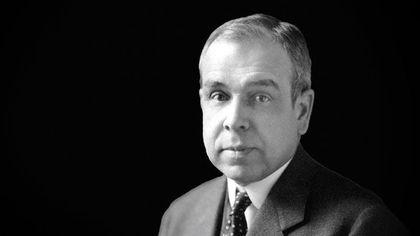 The God of Van Til is the triune God revealed in Scripture. He believed that the Trinity was the true heart of Christian doctrine.

This triune nature of God means that He is a personal Being; by no means is He to be considered as an abstract force as in Pantheism.

Where the incommunicable speaks of His transcendence, the communicable have to do with His immanence.

Created in the image and likeness of God, human beings are also personal. In Adam, man was created with knowledge and in true holiness. However, despite his original uprightness, man never shared any of God’s incommunicable attributes.

There was an inseparable gulf between Creator and creation.

Sadly, man fell sinning against His generous Maker. Wilfully forgetting his duty as a creature of the Most High, Adam forsook the holy commandment of the Lord.

Not wanting to accept responsibility for his transgression, our father according to the flesh tried to lay the blame at the feet of his circumstances (the woman that God has sent to him).

Philosophically, Adam confused ethics (his moral duty) with metaphysics (the reality that surrounded him).

To this very day, all of Adam´s descendants continue to make the same excuses, employing philosophical pretexts which serve as fig-leaves to cover up their wickedness. This is the anti-Christ ‘Gospel’ of self-justification. 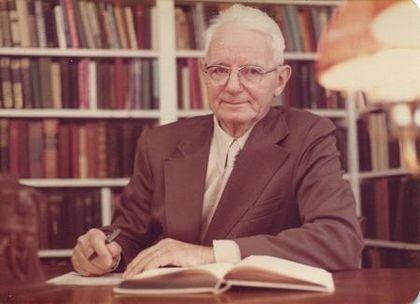 Christ, according to Chalcedon, is the Second Person of the blessed Trinity. Without this presupposition, it is impossible to understand the person and the work of the Son of God.

This Second Adam, in contrast to the first one, did enjoy a share in God’s incommunicable attributes as He was (and is) very God and very man.

Denying the deity of Christ leads us to embrace Ebionitism or Arrianism; whereas a denial of His humanity drives us into the arms of Docetism or Gnosticism.

And unlike the first Adam, Christ was faithful in the munus triplex (the three-fold office) by walking in full obedience to the Father.

It is by means of this infallible prophet, priest and king that Adam´s fallen race may have access to the blessing and forgiveness of God Almighty. It is Christ who restores the joy of paradise to our souls.

Christ’s objective atoning work for us as prophet, priest and king, however, is not enough if it be not applied to us subjectively by means of the glorious Spirit of God who is sent in Christ’s name.

Van Til was fond of using the metaphor of a corpse and a life-giving potion. The potion is useless lest it be administered unto the lips of the dead man. But who can carry out such a feat? Why, the Spirit of God, of course!

The Holy Ghost, then, takes the benefits of Christ, revealing them and applying them to His people. Only the Spirit of God is fit for such a work because He –alongside the Father and the Son- is fully God. There is no one who can save besides the Omnipotent One.

Since the work of regeneration (new birth) is wrought in the heart by the Spirit, the salvation of the sinner depends entirely upon the All-Powerful Creator who gives life to whomsoever He pleases.

If someone, though, were to object by saying that God saves those who “cooperate” with Him, that person would be slowly heading back to the pastures of Rome with her Aristotelian-Thomistic Anthropology.

In much the same manner as Protestant Orthodoxy rejects any type of “mixture” between the Eternal and the temporal in creation and in the incarnation, there must also be a dismissal of any similar kind of “fusion” between the divine and human elements in salvation.

To rebuff the idea the salvation is entirely of the Lord is to open the door for the root of all heresies: Greek-Roman autonomy (which is as old as the serpent of Eden!). 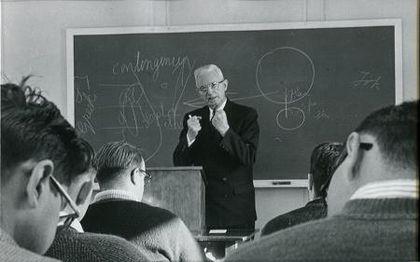 Van Til was also at pains to distinguish between the Eternal and the temporal in the church. He defines the church in terms of the Westminster Confession of Faith:

“The catholic or universal church, which is invisible, consists of the whole number of the elect, that have been, are, or shall be gathered into one, under Christ the Head thereof; and is the spouse, the body, the fullness of Him that fills all in all” (Article 25:1).

The church, therefore, is no creation of man or of an ecumenical movement but of the Almighty. And this Reformed doctrine of predestination becomes the platform of the church’s proclamation and evangelization, as it is through the preaching of the Word that God calls His lost sheep.

For our missionary endeavours to be successful, then, there must be a sovereign blowing of the Spirit of God alongside us so that the Lord may gave life to the dead according to His good pleasure.

Our thinker is persuaded that Eschatology teaches us an axiomatic apologetic principle, namely, that interpretation always precedes events (and not vice-versa).

Christians rely wholly upon the promises of God and His hermeneutic of future things without having seen them.

To believe in a Lord who does not control all things (the future included) is absurd.

The Thomistic God of Roman Catholicism and the Kantian God of Liberal Protestantism are always under the threat of Chance because both systems believe that some spheres of reality are autonomous and independent of God’s sovereignty.

Such a ‘God’, however, is not the Holy One of Israel revealed to us in Scripture.

Allow me to wrap up by applying this seventh point to us all: a believer cannot accept the pagan interpretation of history offered to us by contemporary philosophers.

The only correct and valid interpretation is the one offered to us in the Bible. A Christian is never called to be man-centred but God-centred, Christ-centred and Bible-centred.

There is no such thing as a “neutral” interpretation of the facts because everyone, regardless of their age, sex or nationality, interprets those facts according to the voice of God or in the light of the one who muttered a long time ago, “Has God said...?”

Thanks to be to God for His blessed and inerrant Word!

And thanks be to God for the life and ministry of Cornelius Van Til!

Published in: Evangelical Focus - Fresh Breeze - The theology of Cornelius Van Til