Remembering the Dane's legacy this May-time. 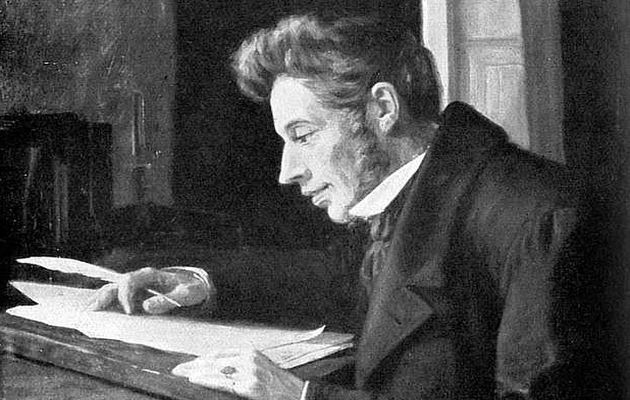 Soren Kierkegaard –born way back on 5th May 1813- is best-known nowadays for his philosophizing.

Nevertheless, in the last two years of his life, he served as something of a biblical prophet in his homeland of Denmark.

His swansong ‘Attack Upon Christendom’ was not a book against the church militant as such but against the established church of nominal Protestantism which considered every Dane a Christian.

The Danish National Church was first and foremost a religion of comfort that upheld the interests of the State. It had done away with the cross and the need to deny oneself in order to be a faithful soldier of Christ.

It was a Church more concerned about culture than about eternity. It wanted the peace of Christ without embracing His sword.

So it was only natural for Kierkegaard –a lifelong worshipper, an occasional preacher and a “loyal son of the church” (Howard Johnson)- to lift up his voice in order to oppose the dumbing down of Christianity.

The articles published in the ‘Attack’ are unlike our thinker in the sense that they contain no dialectical dimension. Their tone is corrective and entirely one-sided. The Christendom of Denmark is strictly cast down in the name of the New Testament.

What most set the Dane’s fury ablaze was the address given by Professor Lassen Martensen preceding the burial of the influential Bishop of Zealand, Jacob Peter Mynster (1775-1854).

Martensen’s eulogy extolled the deceased as a “true guide” and a “genuine witness to the truth” faithful to the spirit of the apostles.

Kierkegaard, to say the least, was far from impressed. 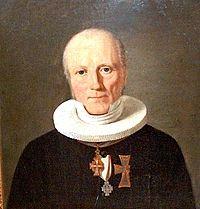 Our philosopher pointed out that Mynster’s preaching and lifestyle had nothing in common with a true witness to the truth.

Not only did Mynster live a life of luxury but his sermons omitted anything that had the scent of repentance or self-denial. By no means, then, could his life be compared to, say, a Peter or a Paul.

Mynster represented in person what Danish Christendom had become as a whole.

His life was initiated, “by inward conflicts, by fear and trembling, by trepidation, by anguish of soul, by agony of spirit, being tried besides that by all the sufferings which are more commonly talked of in the world.

“A witness to the truth is a man who in poverty witnesses to the truth –in poverty, in lowliness, in abasement- and so is unappreciated, hated, abhorred, and then derided, insulted and mocked- his daily bread perhaps he did not always have, so poor was he, but the daily bread of persecution he was richly provided with each day.

“For him there was never promotion, except in an inverse sense, downward step by step.

“A witness to the truth, one of the genuine witnesses to the truth, is a man who is scourged, maltreated, dragged from one prison to the other, and then at last –the last promotion whereby he is admitted into the first class as defined by the Christian protocol, among the genuine witnesses to the truth- then at last... crucified, or beheaded, or burnt or roasted on a gridiron, his lifeless body thrown by the executioner to an out-of-the-way place (thus a witness to the truth is buried), or burnt to ashes and cast to the four winds, so that every trace of the “filth” might be obliterated”.

Thus Kierkegaard accused Martensen (who, incidentally, would become Mynster’s successor over at Zealand) was playing Christianity, making a fool of the Almighty and deceiving the people.

As we commemorate our thinker’s rich legacy this May-time, we would do well to get ourselves acquainted with his ‘Attack’ as it serves as one of the earliest condemnations of theological liberalism written from European soil.

Little was our beloved Dane to know that the germinating liberalism he so strongly condemned in Martensen’s message was to prove fatal to Protestantism both within and beyond the borders of Denmark in the second-half of the nineteenth century.

Are there still those amongst us who can utter the fiery words of Kierkegaard, “I cannot keep silent longer, the protest must come!”?