The eroticism of roe deer

Roe deer (Capreolus capreolus) are the smallest Artiodactyl mammals of the Cervidae family that exist in Eurasia. Adult males can reach a height of 65 cm and a weight of 30 kg. 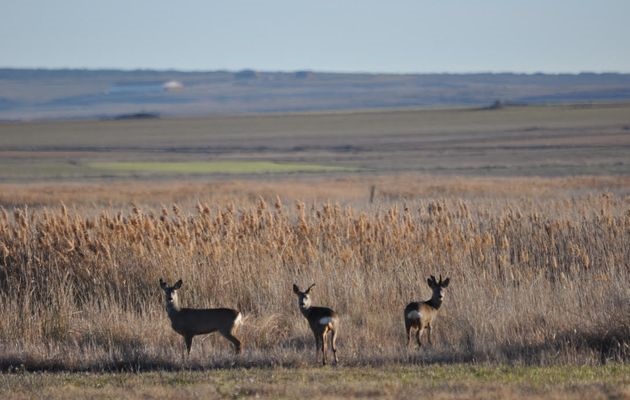 Three roe deer (a male and two females) stare at the photographer before plunging into the depths of the forest. / Antonio Cruz

I adjure you, O daughters of Jerusalem, by the roes, and by the hinds of the field, that ye stir not up, nor awaken love, until it please. Song of Solomon 2:7

The roe is a translation of the Hebrew term yajmur, which refers to a subspecies of deer. In the Septuagint the term is translated as búbalos, and also in the Latin Vulgate version.

In the Old Testament it features in the list of clean animals, which could be eaten (Deut. 14:5; 1 Kings 4:23) and, besides, it was considered elegant, delicate, innocent and swift-footed, which are the qualities for which it is mentioned in the poetry of the Song of Solomon (Song of Solomon 2:7; 9:17; 3:5; 8:14).

Roe deer (Capreolus capreolus) are the smallest Artiodactyl mammals of the Cervidae family that exist in Eurasia. Nevertheless, they are larger than goats. Adult males can reach a height of 65 cm and a weight of 30 kg. They are ruminating animals and there are several subspecies distributed throughout Europe as far as Northern China.

They feed on tender shoots, leaves and berries. The males have small, lyre-shaped, three-pointed antlers (about a palm-breadth in length), which they usually shed at the beginning of winter every year, whereas the females have no antlers. Their hide is tawny in summer and turns darker as it gets colder. Their belly and legs are much lighter. They are characterised by the squeals emitted by both sexes, which sound rather like dogs’ yelps.

Apart from human beings, their main predators are wolves and lynxes. Roe deer are animals that do not adapt well to domestication. Fawns have sometimes been found, apparently abandoned in the thickets, and attempts have been made to breed them in captivity, but they usually die after a few days. 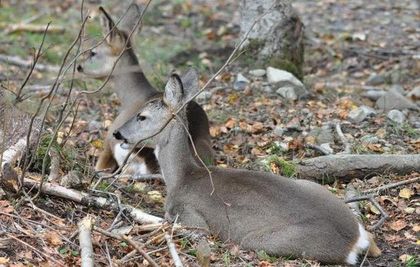 Published in: Evangelical Focus - Zoe - The eroticism of roe deer