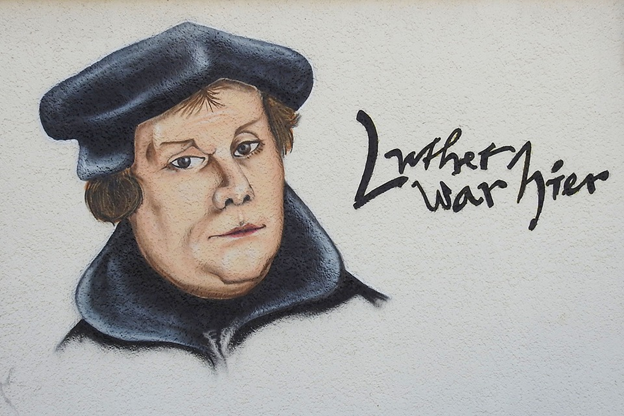 This very week five hundred years ago, the champion of the Protestant Reformation Martin Luther was in the German city of Leipzig debating against the Catholic professor Johann Eck.

Ironically, at a theological level the relatively unknown Leipzig Debate (1519) was infinitely more important than the publication of the famous 95 Theses (1517).

To use the image of a tree: where the Theses were simply cutting down some twisted branches; Leipzig really went to the roots of Luther’s dispute with Romanism, namely, the authority of the Pope.

The Luther of the Thesis was profoundly papist; but two years later his stance was changing. The Leipzig Debate, therefore, was much more radical than the Theses.

Today, in order to make sense of the Debate, we are going to summarize the arguments of Eck at Leipzig in five main points.

ARGUMENT 1: The Pope is the Head of the Church

As a faithful Romanist, Eck kicked off his debate with Luther defending the primacy of the Pope over Christendom, pointing out that the Pontiff is the Head of the universal Church.

Luther, however, responded by stating that, “The Head of the Church militant is not a man but Jesus Christ Himself. I defend this by the very testimony of the Scripture which says, ‘Christ must reign until He has put all enemies under His feet’.

“This means that we must not pay attention to those who confine Christ’s reign to the Church triumphant in heaven. His kingdom is a kingdom of faith. We do not see our head and yet, we have one”.

ARGUMENT 2: The Authority of the Church Fathers

Whilst Luther quoted Scripture, Eck turned to the patristic writings reminding his opponent that Cyprian had explained that the unity of the priesthood went back to Rome and that Jerome had declared that, “if an extraordinary and universal authority were not given to the Pope, there would be as many schisms as pontiffs in the church”.

But Luther shrewdly observed how the church at Rome found its roots in the church at Jerusalem, the true mother and nursemaid of all the churches of Christ around the known world.

With regards to the quote by Jerome, Luther clarified both that the primacy of the Pope was not a divine right but a human one and that the Orthodox Church did not recognize papal authority.

“Granted, that is, if every believer agrees that this authority is given to the Pope by human right.

“I do not deny that if all the saints in the world were to come together to make the Bishop of Rome, or the Bishop of Paris, or the Bishop of Magdeburg the first and sovereign Pontiff that he should be considered as such. But this has never happened nor will it ever occur. Even in our own days, is it not true that the Greek Church refuses to submit to Rome?”

Taken aback, Eck decided to quote the most well-known biblical text dealing with the supposed authority of the Pope: Matthew 16:18. As well as quoting the verse, Eck appealed to Augustine’s interpretation that made the apostle Peter the “rock” mentioned in the text.

Nevertheless, Luther –an Augustinian monk- was not to be fooled that easily and responded by revealing that, “Augustine has said very often that the rock was Christ and only on one occasion did he say it was Peter”.

Luther’s next step in the Debate was to have enormous consequences for the development of his reformation theology. The German evoked the key principle of Sola Scriptura.

“But even if Augustine and all the Fathers said that the apostle is the rock alluded to by Christ, I would simply put the authority of the Holy Scriptures against them all. They teach that no other foundation can be placed except that which has already been put, that is, Jesus Christ”.

Methodologically speaking, Luther granted more authority to the Scriptures than to their patristic interpretations.

ARGUMENT 4: You’re Full of Yourself!

Eck, realizing that he could not silence Luther either by the Church Father or by Scripture, launched an ad hominem attack against the Reformer, accusing him of pride for opposing so many Fathers, pontiffs, councils, doctors and universities.

Luther, for his part, was happy to draw attention to the fact that his doctrine by no means contradicted the Fathers as both Ambrose and Augustine were in agreement that the rock of the universal Church is none other than the Lord Jesus Christ.

ARGUMENT 5: You’re a Bohemian! A Hussite!

Eck’s final argument was yet another ad hominem assault. This time the papist denigrated his interlocutor was a Bohemian i.e. a disciple of the Czech reformer John Huss. A century earlier, Huss had been put to death by the Catholic authorities after calling into question the primacy of the Pope.

The most astonishing part of the Debate was when Luther answered back by saying, “There are some very Christian teachings amongst the articles defended by Huss and the Bohemians. This cannot be denied. For example: there is only one universal Church; and again, it is not necessary to believe in the primacy of the Roman See to be saved.

“Whether it was Wycliffe or Huss who said so, it does not matter… this statement is completely true”. 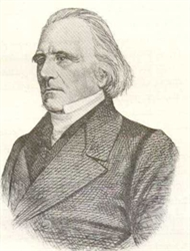 According to the Protestant historian d’Aubigné, Luther’s response caused an immediate uproar. Duke George of Saxony shouted out aloud, “That man is mad!”

In the words of d’Aubigné, “The folk present could barely believe what their ears were hearing when a monk praised the hated names of Wycliffe and Huss before a Catholic assembly”.

Luther, however, did not allow the tumult to distract him. He continued by saying that, “a huge number of Greek doctors were saved and none of them believed in the supremacy of the Roman Church.

“The pontiffs have no power to draw up new articles of the faith. Holy Scripture alone is the authority for faithful Christians”.

Luther’s career would never be the same again after the Leipzig Debate. It was a pivotal moment in reformation history.

From 1519 onwards, the monk would zealously lay ahold of the Protestant principle of Sola Scriptura. As historian César Vidal put it, “The theologian and pastor was taking the steps necessary to become a reformer”.