Roosters and hens in the Bible

Archaeological excavations have shown very old representations of roosters have been found in the Holy Land, specifically in Tell el Nasbeh and Gibeon. 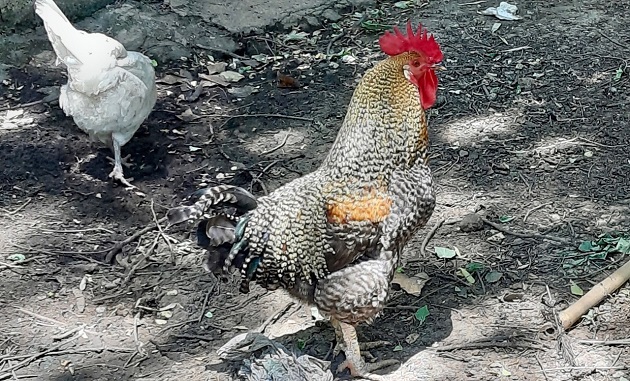 There are hundreds of species of rosters throughout the world, including this Plymouth Rock strain created in the USA in 1860, but all of them descend from the bankiva rooster from the jungles of Thailand and Malaysia. / Photo: Antonio Cruz

“Jerusalem, Jerusalem, you who kill the prophets and stone those sent to you, how often I have longed to gather your children together, as a hen gathers her chicks under her wings, and you were not willing! (Mt. 23:37)

In the book of Job (38:36) in the Old Testament there is, nevertheless, one verse which has proven difficult to translate. The Reina Valera Spanish version of the Bible translates the Hebrew term shekwí, as “spirit”, while other versions, like the New International Version, translates it as “rooster” (“Who gives the rooster its understanding?”). This difficulty is due to the fact that there is no Hebrew word which unequivocally designates the male of this species of bird. Hence some people think that these birds of Indian origin were unknown in the Old Testament. 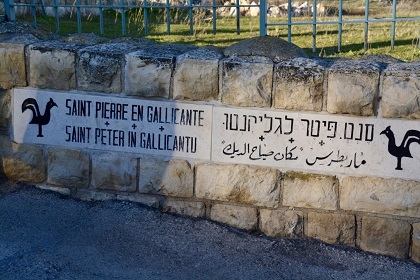 However, archaeological excavations have shown the opposite to be the case, as very old representations of roosters have been found in the Holy Land, specifically in Tell el Nasbeh and Gibeon. In the former place, situated 12 km northeast of Jerusalem, in 1932, an onyx seal was found on a tomb dating back to the 7th century BC, which features a fighting rooster, with the inscription: “Belonging to Jaazaniah, servant of the King”. If, as some archaeologists believe, this is the man who appears in 2 Kings 25:23 and Jeremiah 40:8, it would mean that in the 7th century BC there were indeed roosters in Palestine.[1] It is likely that these birds were introduced during the reign of Solomon, along with peacocks (1 Kings 10:22). A rooster figure has also been found on a fragment of a cooking pot dug up in the ancient Canaanite city of Gibeon, to the north of Jerusalem.

These data strongly suggest that in Jesus’ time these birds were common in Palestine. Orthodox Jews still sacrifice thousands of hens and chickens, in accordance with the “Kaparot” tradition, as an offering for sin, before the Day of Atonement (Yom Kippur), which takes place from the setting of the sun on October 11th to sunset on the 12th. The meat from these sacrifices can then be eaten or distributed among the poor. [2] 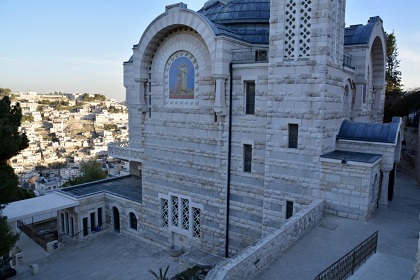 All the current species and subspecies of rosters and hens descend from wild roosters in Southeast Asia. They are believed to have begun to be domesticated some 7,400 years ago from the bankiva rooster (Gallus gallus bankiva). The earliest remains of roosters found in the Near East (Iran, Anatolia and Syria) date from the third millennium BC. It is conceivable that the remains found in Egypt are even more ancient, and that these birds were introduced into Europe by the Phoenicians in the 8th century BC [3]. According to archaeological discoveries in Greece, Spain and France, there were roosters and hens during the second half of the first millennium BC. Greek coins from the third century BC have been found bearing a picture of these birds.

The common domestic rooster and hen (Gallus gallus domesticus), belonging to the Phasianidae family, are the most numerous bird species on the earth. There are estimated to be more than 16 million specimens. [4] Human beings breed them especially for their meat and their eggs, although their feathers are also used. Some breeds, such as fighting cocks, are trained to fight, although this practice is forbidden in many countries, including Spain. Other species are bred for their ornamental beauty.

They are omnivorous animals whose diet is mainly made up of seeds, small green plants, berries, earthworms, insects and other invertebrates. They scratch the ground with their strong claws and then take a step backwards to see what type of food might have emerged. They usually lay between two and four eggs every twenty days or so. Studies carried out with free-ranging bankiva roosters have shown that about three quarters of the chicks never grow into adult birds, as they are vulnerable to predators [5]. The life expectancy of those which do become adult birds is between five and ten years, depending on the breed.

Chapter 26 of Matthew tells of how Jesus predicted that his own disciples would be scandalised by him that very night, and that Peter would deny him three times in a row. The term “be scandalised” comes from a Greek word which refers literally to the “trigger of a hunting trap”. When it is moved, this trigger causes the trap to snap closed, imprisoning the unsuspecting victim. So, to “scandalise” here means “to cause to stumble and fall”. It is possible that the Master had in mind the words of Zachariah: “Strike the shepherd, and the sheep will be scattered, and I will turn my hand against the little ones” (Zac. 13:7). Peter, with all his bravado, dares to contradict Jesus and insists no fewer than three times that he will never deny him. He doesn’t experience the slightest self-doubt. He is so sure of being able to overcome any obstacle that he prefers to cast doubt on Jesus’ prediction. But Jesus tells him that his disloyalty will even surpass that of the other disciples. The number 3 indicates the seriousness and the completeness of the denial which ensues inexorably, just as Jesus had said it would. Peter wept bitterly after the rooster had stopped crowing. 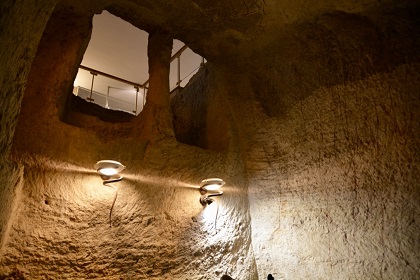 Some have cast doubt over the story of the cock crowing, claiming that according to the Mishna the Jews were forbidden to breed hens or roosters in Jerusalem. Others have argued that the crowing of the rooster referred to the night-time vigils, and that the third one was from midnight to three in the morning. However, Matthew specifies that “at that moment the cock crowed” (Matthew 26:74). Besides, in Jerusalem there were not only Jews but also Gentiles, including the occupying Roman forces themselves, who had no reason to comply with Jewish customs and were therefore free to any kind of meat they wished.

What we all know for a fact is that at times our pride and excessive confidence in ourselves lead directly to failure and disloyalty. Now just as much as then we need to learn greater humility and dependence on the Lord, just as the apostle Peter did from this experience. 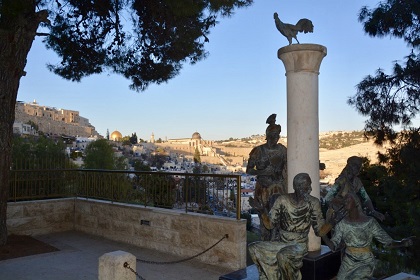 Published in: Evangelical Focus - Zoe - Roosters and hens in the Bible