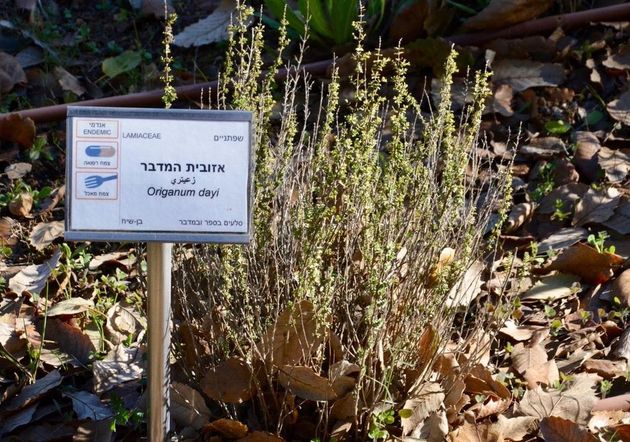 Take a bunch of hyssop, dip it into the blood in the basin and put some of the blood on the top and on both sides of the doorframe. None of you shall go out of the door of your house until morning. (Ex. 12:22)

The Hebrews used it for aspersion, or to sprinkle tiny droplets of liquids, as in this case where the blood of the paschal lambs on the doorposts and lintels of their houses.

The New Testament also refers to hyssop in relation to the sacrifice of Christ on the cross: “A jar of wine vinegar was there, so they soaked a sponge in it, put the sponge on a stalk of the hyssop plant, and lifted it to Jesus’ lips.” (John 19:29).

Few plants have given rise to so much discussion among modern scholars as this one has, as the exact species that was called “hyssop” according to the definition given by Solomon, the great botanist of the Old Testament, has been lost without trace.

Some have therefore suggested that it might be some kind of savory (Saturnia sp.), a fragrant labiate similar to mint.

Other botanists specialising in the flora of Israel suggest that it is probably a type of wild oregano like Origanum davi, which grows abundantly on the mountains and the desert of Judea, in the Valley of the Dead Sea, to the north of the Negev and in Eilat, on the shores of the Red Sea.

It is commonly known as “desert lavender” and is so small that it sometimes grows on vertical walls. It belongs to the labiate family (Lamiaceae) and, in the desert regions where it is especially abundant, it gives the landscape an appearance of a verdant mosaic.

However, the classical opinion of authors such as the 19th century English naturalist and theologian Henry Tristram, who travelled widely in Bible lands, still carries a lot of weight.

He argued that “hyssop” could be the caper plant (Capparis spinosa), due to its great abundance and availability , [1] and suggests that if the Biblical texts where the word hyssop is mentioned are assembled, it can be observed that it was a plant that grew in Egypt, as well as in the desert of Sinai and Palestine.

A small plant that could grow in the cracks in walls, in sewers or on the on flat land (1 Kings 4:33); and that it could grow to a height of up to a meter. All these characteristics coincide with those of the caper plant.

In the 18th century Spanish Poetic Salter we find the following lines, which also allude to hyssop of the Bible:

There you will sprinkle me with hyssop

Whiter than snow and ermine,

To my ear you will also give me, with forgiveness,

words of comfort and joy,

and my bloodless inert bones

will be living members of your body.

So turn your eyes away from my guilt, turn your eyes towards Christ, and wash me Lord, with that blood, which you prodigiously pour out, drop by drop. [2]

Published in: Evangelical Focus - Zoe - Hysopp in the Bible