Jealousy and suspicion in marriages needs to be acknowledged, brought into the open and brought to resolution. 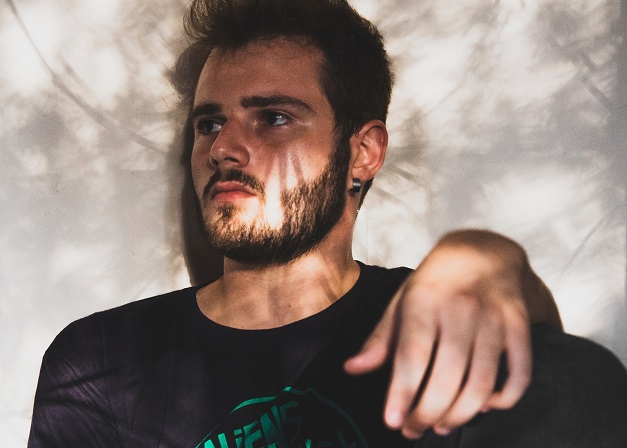 A quick Google search reveals numerous histories of husbands who, driven by jealousy, have attacked, even killed their wives.

In July last year a jealous Israeli husband murdered his wife and two small children and then burned their bodies because he suspected she was having an affair over the internet. In November a New York City husband stabbed his wife to death then hanged himself because he was jealous of her crush on a Bollywood actor.

Jealousy rarely goes to such extremes. But, as the British relationship counselling service Relate says on its website, ‘Jealousy can rear its head in any relationship. It’s a destructive emotion. It has the potential to suffocate a happy partnership and break down the trust that was there.’ The Bible confirms this: Jealousy arouses a husband’s fury, and he will show no mercy when he takes revenge (Proverbs 6:34).

Marital jealousy is an age-old phenomenon. In the book of Numbers, written over three millennia ago, we find detailed provisions on what to do when a spirit of jealousy comes over a husband and he suspects his wife of marital infidelity (verse 14). Of course, wives can also be affected by jealousy, though they are less likely to resort to serious violence. In the male-dominated society of 13th century BC Israel, sadly, there were no provisions for a wife who suspected her husband.

Making allowances for the relatively primitive state of development of society at that time, there is nonetheless much that we can learn from these provisions about dealing with jealousy in a marriage, whichever partner experiences the jealousy.

Firstly, these provisions tell us something about the nature of our emotions. A spirit of jealousy (some versions translate, feelings of jealousy) coming over a husband or wife is not proof in itself that the emotions which it generates are justified (verse 14). This is important for our Western culture, where feelings are increasingly being used to determine behaviour. We even speak of living in an age of post-truth, which is defined as, ‘A situation in which people are more likely to accept an argument based on their emotions and beliefs, rather than one based on facts.’ Our feelings – jealousy or otherwise – may or may not be consistent with reality, but they are unreliable as a primary guide.

Secondly, we see the importance of bringing marital jealousy into the open. This may cause short-term damage to a relationship, but allowing suspicion and jealousy to fester in secret is likely to be much more harmful in the long term. When matters are brought out into the open, it may well be useful to bring in a third party who has the confidence of both partners, to avoid emotions getting out of hand – just as here the matter is brought before the priest (verse 15), a key figure in that society.

Thirdly, we see the value of a dispute resolution procedure which both parties commit themselves to in advance. In Numbers 5 it is a judicial procedure - and it is not so long ago that British courts investigated allegations of adultery in divorce proceedings. Nowadays dispute resolution is more likely to come through counselling or therapy, or through the help of a mutual friend or mediator. But at some point, as here, the truthfulness of the suspicions needs to be addressed.

The procedure in Numbers may sound in the 21st century a bit like a magic trick: the woman drinks disgusting water and, if she is guilty as accused, her abdomen swells up and her thigh wastes away (verses 27-28). Behind this, though, we see that God desires to bring the truth out into the open. So, if we are called to be involved in a situation of marital jealousy, prayer is crucial. Even when we pray, deceit may continue; but ultimately truth will out. God will make sure of this, but will do it in his own time.

The fourth element is something which today we would associate more with a court of law than with marital counselling: swearing a solemn oath. Yet every couple makes a solemn oath together on the day of their marriage in the presence of a registrar, witnesses and Almighty God. So, when jealousy and suspicion arise, another solemn oath is powerful, because it ties them in to their original marriage oath.

Asking a person to swear a solemn oath does not guarantee truthfulness. There are plenty of references to false witnesses in the Bible. But lying under oath is a serious business. In a court of law, in the presence of a judge, it is the punishable offence of perjury. How much more serious is lying under oath in the presence of the Judge of all the earth! We are warned, the false witness will perish, will not go unpunished (Proverbs 19:5, 19:9, 21:28).

The awesome power of an oath is demonstrated when Jacob is fleeing from his father-in-law Laban in Genesis 32. His wife Rachel had stolen her father's household gods, without Jacob knowing, and he was furious to have lost them. Jacob is indignant at being accused and swears, “If you find anyone who has your gods, they shall not live.” Rachel stays silent. She sits on the gods, pretending she cannot get up because she is on her period. But her husband’s words enter into her (without him knowing it). Only three chapters later she dies prematurely, while giving birth to her second child.

Under the new covenant of grace, established by Jesus, the aim of any response to marital jealousy or suspicion is not punishing the guilty, as here, but bringing about reconciliation. The procedure in Numbers fell into disuse long ago (if, indeed, it was ever used); but jealousy and suspicion in marriages remains a crucial issue. It needs to be acknowledged, brought into the open and brought to resolution, wherever possible, to enable the marriage to thrive once again.