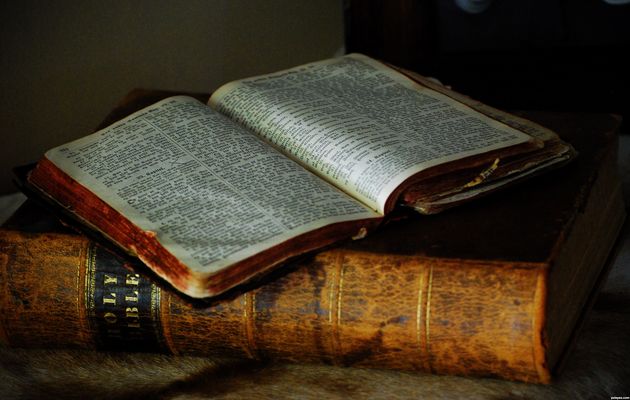 In 2015, something amazing happened. Representatives from the Orthodox, Armenian, Syriac, Roman Catholic, and Protestant traditions, all from Turkey, published a 90-page declaration of faith which they called Christianity: Fundamental Teachings.

This document was published in Turkey, written in Turkish (translated to English in 2017), and presented to the Turkish government as a unified statement of faith, and these particular circumstances have marked the document at certain places throughout.

Nevertheless, despite this local flavor, they have been able to produce a document that attempts to be universal and long-lasting. In this brief review of their work, I would like to draw attention to what they included, what they did not include, and then evaluate the document’s significance.1

First off, it must be recognized that this publication is historic. Five Christian traditions have come together to produce a 90-page statement of faith that touches on all the major topics of the Christian faith.

The thirteen chapters are the following:

1. An overview of Christianity

2. The existence and oneness of God

3. The doctrine of the holy Trinity

4. The doctrine of salvation

5. The ascension of Jesus Christ

6. The second coming of Jesus Christ

7. The activity of the Holy Spirit

8. The place and importance of the Church

9. The resurrection of the dead

11. The foundations of Christian ethics

13. A call for unity: ecumenism

A few comments on the book’s structure and contents are in order. First, the structure of the document is important. Chapters 2-9 follow the basic outline of the Apostles’ and Nicene(-Constantinopolitan) creeds.

Thus, yet again these ancient creeds prove their worth for all Christian traditions. Second, the longest chapters (twice as long as many others) are those touching the Trinity and salvation. This reflects Christian theology’s historic interest in the person and work of God.

Third, as the chapter titles suggest, the declaration covers many topics, and it does so at a more-than-cursory level. Again, this is a testament to just how much the different Christian traditions have in common, both in faith and in practice.

As for the actual content of the statement of faith itself, I gladly confess that, although I am a (generally conservative) Protestant, there is little if anything that I disagree with. This, indeed, is encouraging!

What was not included

However, what is left unsaid can be just as illuminating as what is said, and this is the case here. The following issues were not addressed in the statement of faith:

2. Church government: In the overview chapter, reference was made to bishops, presbyters, and deacons, but there was no further explanation or discussion regarding these offices, and whether the offices of bishops and presbyters were the same.

3. Authority: In the overview chapter, reference was made to the fact that the issue of religious authority as it relates to the Pope remains an issue that divides Christians, but it was not further addressed. Nowhere was the issue of sola Scripture addressed. Although it should be added that aside from three patristic quotations (see below), the only authority quoted was the Bible.

4. Justification by faith alone: In the chapter on the church, it was stated that we are saved by grace alone, which for Protestants is virtually synonymous with faith alone and Christ alone, but this was not further discussed.

6.Purgatory: Purgatory was not discussed.

8. Sacraments: Neither the number nor the nature of the sacraments were discussed. However, in the overview chapter it was stated that there are “two special ceremonies or rites”, which are baptism and communion. (Interestingly, in the chapter on the church they appear to endorse both a sacramental and non-sacramental interpretation of baptism.)

9. Filioque clause: The historic East–West debate over the filioque clause, that is, whether the Spirit proceeds from the Father, or from the Father and the Son, was not addressed. (As a side note, it was interesting to note a hint of social Trinitarianism in their explanation of the Trinity.)

11. Tradition: The typical Orthodox doctrine of Tradition was never addressed (unless the reference to Tradition in the chapter on the Bible counts). Interestingly, very few Church fathers are quoted in the declaration; I only saw two quotes from Augustine and one from Athanasius (and one from Dostoyevsky!).

12. Images: The use of images, either for instruction or as part of worship, was not addressed.

On the whole, I think that Christianity: Fundamental Teachings is very illuminating for two reasons. First, it demonstrates that Orthodox, Armenian, Syriac, Roman Catholic, and Protestant traditions share a tremendous amount in common, as it relates to both belief and practice.

The different traditions did not come together and affirm their allegiance to the historic creeds (i.e., Apostles’, Nicene, Chalcedonian, etc.), nor did they each write their own statements of faith and submitted them together.

Rather, they all came together and officially endorsed a 90-page statement of faith. This truly is amazing.

Second, however, based on the omissions, this statement of faith demonstrates that we have not achieved any greater unity on the matters that divide us since we all divided from one another centuries ago.

The authors of Christianity: Fundamental Teachings conclude their declaration of faith with a call to unity, in which they say the following:

“Without hesitation, we see every church and believer who approves of the fundamental principles and doctrines of faith in this book, as fellow-heirs of salvation in Jesus Christ, considering them as our ‘brothers’ and ‘sisters.’”

With a charitable interpretation of the different Christian traditions, I think that this could be a fair statement to make. However, is it best to interpret other traditions in a charitable fashion, or in a realistic one? This is a question worth pondering by all.

Therefore, in my opinion, the real benefit of this document is twofold. First, it is celebratory and unifying in tone. While it hasn’t changed anything on paper, it has changed the tone of the conversation.

There is much that the different Christian traditions have in common, and this should be celebrated. Second, it has, by its omissions, reminded us precisely of what still divides us.

In this respect, it sharpens the focus of our conversations, and inevitably drives us back to Scripture to find the answers. This, in my opinion, is a great step to take.

1 Thus, this is a very limited review, as much more could be said about this document. For another evaluation of this document, cf. Thomas Johnson, “An Astonishing and Completely Normal Book from Turkey,” ERT 43 no 4 (2019): 81-87. While affirming and encouraging in tone, I do not think it interacts critically with the declaration itself.