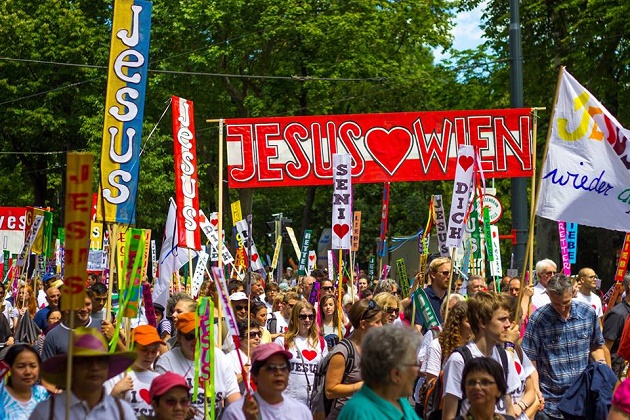 The beginning and the end of the "March for Jesus" was the Heroes Square (Heldenplatz). Between 15,000 and 18,000 people took part in the event, according to the organisation. The police spoke of 10,000 participants. 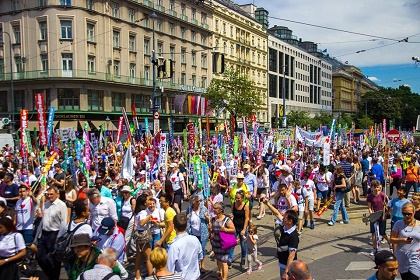 Colourful banners with messages like “I love Jesus” and “4given”, and live music were some of the resources used during a 5-kilometer walk through the city.

The organisation behind the event is “Christians in Vienna”, an association of believers in the Austrian capital. Their aim is to “make the unity of Christians visible” through prayer, evangelism and social action.

Days before the march, football player David Alaba (who is now representing Austria at the Euro 16) published a video message encouraging all Christians to participate in the “super event” to show that “we love Jesus and belong to Him.” 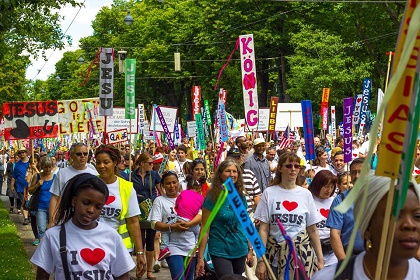 The Austrian Foreign Minister, Sebastian Kurz, was invited to speak during the closing event of the day. He praised the social engagement of the Christian churches, and highlighted how Christians have helped asylum seekers to integrate in society. 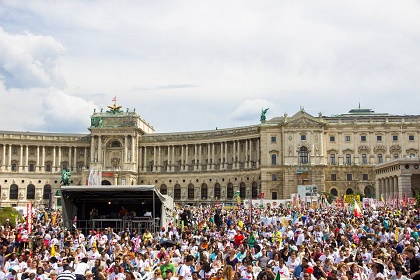 Kurz said churches are an “anchor” and a “place of refuge.”

The politician also called to denounce the persecution of Christians: “In Austria and in Europe we are not allowed to look away.”

This video summarises the Austrian “March for Jesus” 206:

CHRISTIANS GATHER IN OTHER COUNTRIES

The “March for Jesus” is an annual event in many countries. In Brazil, it brought together 350,000 believers in May 2016.

Earlier this month, more than 5,000 evangelical Christians gathered in Madrid to pray for Spain.