“This demolition was done out of injustice and discrimination”, said Rev. Musa. Six more churches are due to be demolished. 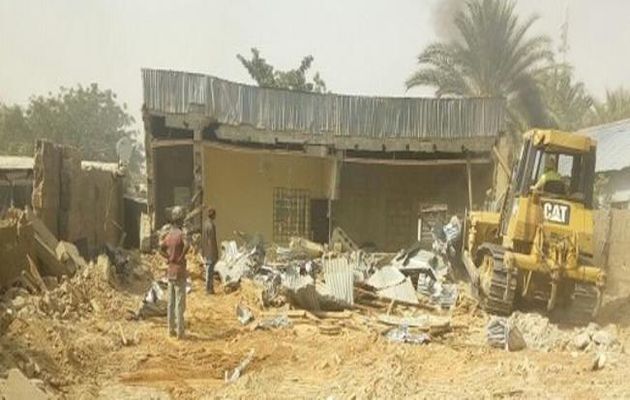 On January 11, bulldozers, escorted by police and the area's Executive Secretary of Urban Development, Alhaji Garba Isa, reduced to rubble the building of the Redeem Christian Church of God and the Lord Chosen Church.

The police blocked all the entrances to prevent church members from entering the premises to collect valuables from the church. Those trying to record the demolitions were chased away by police officers.

“It was a terrible experience, with so many Christians who witnessed the demolition crying, I felt so bitter because we were in a situation where you have been cheated and you cannot talk”, Rev. Yakubu Musa, chairman of the Christian Association of Nigeria (CAN) for Jigawa, told World Watch Monitor.

For now, the authorities have not set any plan for compensation or any other alternative. The two demolished churches will now hold their Sunday services and other weekly programmes in the open air.

Urban Development responsible Alhaji Garba Isa said they carried out the demolition because the church buildings had been built illegally. The government had sent notices to both churches, urging them to apply for the permission papers on three separate occasions.

But Rev Yakubu Musa rejected the claims, stating that pastors of both churches applied for the permission papers but were refused.  “There was no notice of demolition issued to the pastors of the two churches, or the leadership of CAN”, he added. 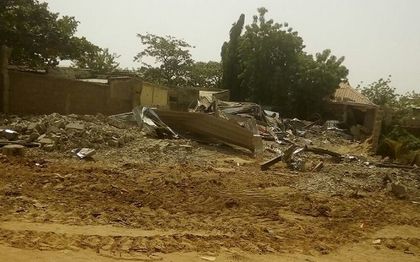 “THEY ONLY CONCENTRATE ON CHURCHES”

Both churches had been standing for several years before authorities demolished them. The Lord Chosen Church had been operating for 17 years and the Redeem Christian Church of God was operating for eight years.

“There is also another building belonging to a Muslim person, which was marked for demolition, but they only concentrated on the church buildings because we are not many and we don’t have anyone in the government to speak for us”, Musa pointed out.

He explained that all the churches in Dutse have papers proving ownership, which directly emanate from the original indigenous owners, who were given customary rights to use their land freely.

SIX MORE CHURCHES DUE TO DEMOLISH

Churches in Jigawa have witnessed significant growth and most have reached their capacities, while some are overcrowded.

“They don’t permit it because they do not expect churches to be established there.”

Six more churches in the state are due to be demolished: The Deeper Life Bible Church; the Catholic Charismatic Renewal Ministry; the Methodist Church; the Presbyterian Church; the Redeem Church II and the Baptist Church.

Situated in northern Nigeria, Jigawa is among the 12 states which adopted Sharia in the 2000s. That brought discrimination against Christians.

Christians living in Sharia states are treated as second-class citizens and denied basic rights, such as access to education or certain jobs. Access to land and building permission are very restricted or denied. Land, school or health services belonging to churches are often confiscated by state authorities without any compensation.

“We feel we are equally citizens of this country and we have the rights to be allowed to practise our religion. But this demolition was done out of injustice and discrimination”, Rev. Musa said.