Tensions rise in Congo in the midst of elections delay

The violent repression of various demonstrations against President Kabila, who might change the constitution to be re-elected, provokes several deaths and hundreds of wounded. 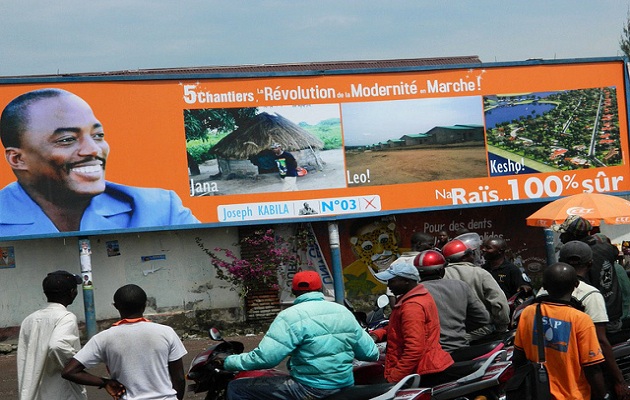 The Democratic Republic of the Congo finished the last day of 2017 with tragic events. Eight people died, 92 were injured and 180 were arrested by security forces, during a protest organized by the Lay Coordination Committee (CLC).
On January 21, thousands of Congolese protested again in several cities and towns, and the police retaliated, leaving at least seven more people dead, 49 injured and 94 arrested.

The United Nations human rights office in Congo (MONUSCO) reported that some 1,176 people were extrajudicially executed by Congolese “state agents” in 2017, representing a threefold increase over two years.

Other organizations, such as Human Rights Watch has also denounced the situation in Congo and President Kabila’s abuses.

PROTESTERS CLAIMS
The protesters asked Kabila to publicly declare that he would not be a candidate in upcoming elections, in accordance with the constitution, and to implement the necessary preconditions for elections.

However, in a press conference after the incidents – his first in five years - Kabila made none of those commitments, claiming that the electoral process was “resolutely under way and only the national electoral commission (CENI) is empowered to decide when exactly the poll will be held”.

The CENI head Corneille Nangaa, said a total of 46,021,454 voters had been registered, 12% more than expected. Only the Congolese diaspora was left, and registration for them would start in July, he said.

“CENI is working to ensure the elections happen on December 23”, he said.
Kabila became president in 2001, after the murder of his father, during the Second Congo War. He won the 2005 elections and was reelected in 2011, despite the accusations of fraud by Étienne Tshisekedi, his main opponent, and the Catholic Church in the country. 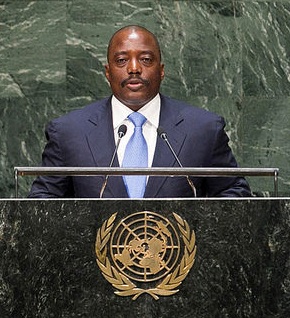 "For a long time, the Catholic Church has been the opposition in this country", a source in Kinshasa told Spanish online newspaper Protestante Digital, on the day of the first demonstration on December 31.

"Obviously, there is a part of the church that is corrupt but, as far as it goes, it plays a big role here in Congo. They are the ones who got the commitment for the government of Kabila to call elections before December 31, 2017. A commitment that has not been respected", he added.

The Church of Christ in Congo (ECC), which represents various Protestant communities in the country, has always maintained a good relationship with Kabila.

"The Protestant Church is totally complicit in the Kabila regime" saID the source consulted by Protestante Digital in the African country.

According to regional media, the ECC may have asked Kabila for a transition in power, but with a more moderate speech than that of the National Episcopal Conference of the Congo (CENCO).

Belgium, whose King Leopold II colonized a part of the Congolese territory, has described as "brutal repression" the response of the Kabila government to the demonstrations and recently announced it is suspending all direct bilateral support to the Congolese government and redirecting its aid to humanitarian and civil society organizations.

Meanwhile, the High Representative of Foreign Policy and Common Security of the European Union, Federica Mogherini, has issued a statement in which she calls “for the immediate release of those detained, who include a number of religious prisoners”.

“The Congolese authorities have a duty to protect and not suppress their citizens”, she stated.

Some regional media accuse Spain and France of not having allowed a joint declaration by the 28 member states of the European Union that explicitly expressed the rejection of the actions of the Kabila government. 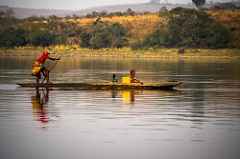 There have appeared caricatures in social networks accusing Spanish and French presidents Mariano Rajoy and Emmanuel Macron, of neocolonialists. Some even have talked of boycotting France.

According to some reports, Kabila would has included a coalition of Spanish companies, led by ACS, in a phase of the Gran Inga hydroelectric project.

This first phase, called Inga 3, consists of the construction of a dam and a hydroelectric plant in the Inga waterfalls of the Congo River, with a production capacity of 40,000 megawatts.

An energy that, according to the International Rivers organization, will not serve the 91% of the Congolese population that lives without access to energy supply, but will be transported, via viaducts, to South Africa.

"Corruption prevails in the Democratic Republic of the Congo and this infrastructure is prone to speculation", says the International Rivers report.

At the same time, the Inga 3 project could flood 22 hectares of land, causing the displacement of 35,000 people, affecting the river's ecosystem and risking small fishing activities, of which thousands of people live.

Published in: Evangelical Focus - world - Tensions rise in Congo in the midst of elections delay