Pressure on Christians heats up in Nepal

In a rash of recent actions against Christians in Nepal, an alcoholic who became violent during an intervention had Christian leaders arrested on forcible conversion charges, and a foreign couple was deported. 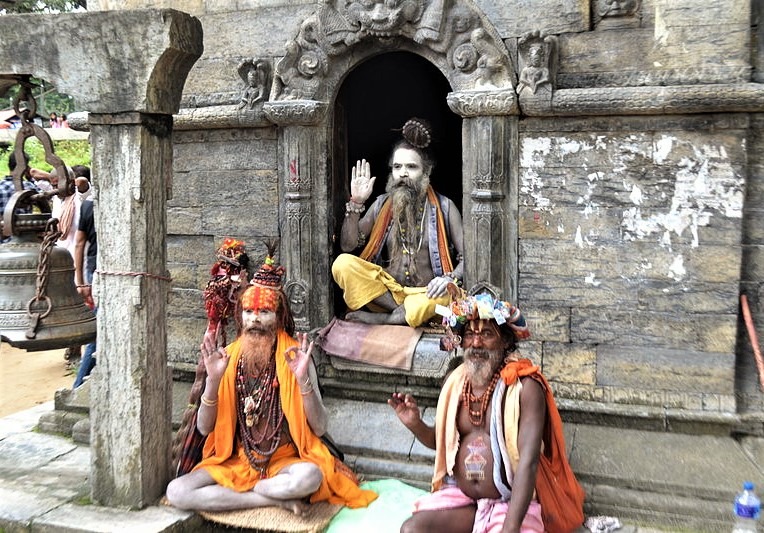 In a rash of recent actions against Christians in Nepal, an alcoholic who became violent during an intervention had Christian leaders arrested on forcible conversion charges, and a foreign couple was deported.

Isak Tamang of the Shreejanga Free Church and pastor Dip Rai of the Chengbung Free Church were arrested on July 2 in Taplejung District, in eastern Nepal, accused of forcible conversion and assault. Two other Christians, David Limbu and Shristi Limbu, were arrested in the same case.

An unidentified Christian woman had asked leaders at Shreejanga Free Church to help her husband, who is not a Christian, with his drinking problem, and he was staying on the church premises without access to alcohol, according to pastor Kuber Gurung, a Religious Liberty Forum Nepal (RLF-Nepal) leader based in Dharan.

During his stay he grew violent over the lack of alcohol, attempted to harm himself and others and had to be controlled by force, Pastor Gurung said. When church leaders took him to a prayer tower in Jhapa for prayer and counselling, he filed charges and the Christians were arrested, the pastor said.

Police and the chief district officer had suggested a way to settle out of court, but the man demanded 500,000 rupees (US$4,507), which the pastors said was far beyond their ability to pay, according to RLF-Nepal sources.

“We hope the [local] administration will bring out some solution, because their demand of 5 lakh rupees is too much for a poor pastor to pay,” pastor Tanka Subedi, chairperson of the RLF-Nepal, told Morning Star News.

On Friday (July 6), the government deported De Vera Richard and his wife Rita Gonga on charges of forceful religious conversions. Richard is a citizen of Philippines, while his wife is an Indonesian national.

They were living in Nepal on a business visa granted on Nov. 28, 2017 and were working at a restaurant in Pulchowk, in Lalitpur Metropolitan City, known historically as Patan. The restaurant where they worked, Sigma, is operated by a Singaporean citizen.

The government alleges that the couple, which worshipped at Every Nations Church in Kumaripati, were functioning as pastors of the church, in violation of the terms and conditions of the business visa. They were fined 50,000 rupees (US$450). They were not jailed but have been barred from entering Nepal for a year.

The government reportedly looked into their case after a complaint was registered against them on May 21, prompting an investigation by the Department of Immigration.

“This decision of deportation of the couple is too much, especially when it comes from the government in a democratic country like Nepal,” said Pastor Subedi of the RLF-Nepal. “The government allows them to do business in our country, and because they are Christians, they will certainly attend a church and participate in the community.

“But objections are raised by the government when they practice their faith. We have many Indian pujaris [Hindu temple priests] and a lot of Thai monks in Nepal; the government seems to have no problems with them, but only with Christians.”

Evangelizing is prohibited under Nepal’s new constitution, passed in September 2015, as it was under the previous constitution. While the new constitution establishes Nepal as a secular and democratic republic, its definition of “secular” appears to protect Hinduism and allows others only to worship in their own faiths. Article 26 forbids anyone to “convert a person of one religion to another religion, or disturb the religion of other people.”

While evangelizing has long been illegal in Nepal, advocacy groups have recently detected increased enforcement and other anti-Christian efforts as officials seek to placate Hindus incensed that the new constitution did not re-establish a more prominent place for Hinduism.

Under the Criminal (Code) Act of Nepal, enacted in October 2017, those convicted of evangelizing or forcible conversion can be imprisoned for up to five years and fined 50,000 rupees (US$450).

In Tehrathum District in eastern Nepal, a district court on Monday (July 9) acquitted six Christians arrested on May 8 on charges of distributing Christian literature.

The Christians, four from Nepal and two from India, were arrested and kept in judicial custody for 15 days before being bailed out. Dinesh Subba, Ashish Subba, Dipak Subba and Manatula Dhital all reside in Jhapa in Nepal. The two Indians are Barshiya Dhital from Sikkim and Pawan Rai from West Bengal.

Authorities released their vehicle, also impounded at the time of their arrest.

The arrest of the Christians came a few days after local media reported a statement by Foreign Affairs Minister Pradeep Kumar Gyawali accusing Christian organizations of doing social service work with intent to convert people. He reportedly said that action would be taken against people and organizations involved in religious work, particularly Bible distribution.

“This has shown us that the legal system and court is trustworthy, but the police are not trustworthy,” Pastor Subedi said. “The way these Christians were arrested and kept in custody for 15 days is frustrating.”

Christians have suffered a series of incidents in Nepal since March, according to the RLF-Nepal:

On March 22, a Christian woman was reportedly arrested on false charges of being involved in religious conversions and hurting religious sentiments. Sonia Chanda Thakuri was arrested along with her 6-month-old baby and kept in custody for a week. Her sister, Elina, was also accused in a complaint filed on March 7.

On April 28, a Catholic church building in the Kohalpur area of the Banke District was set on fire. Members of Hindu Jagran Nepal threatened to destroy it on April 30. At least two members of the church were reportedly forced to convert to Hinduism.

On April 30, Devi Rai and another Christian were arrested in Chitwan District on charges of forceful conversion and hurting religious sentiments. They were reportedly released after a few days.

On May 8 in Kathmandu, three women were arrested from a church on charges of attempting to convert through inducement. A Hindu extremist group had filed a complaint against Sumitra Gauli, Radhika Maharjan and Phuldevi Bhattarai.

On May 10, Hebron Church in Hilihang Rural Municipality-6, Panchthar District, was set on fire. A youth conference had just concluded at the church site the previous day. On the same day, another church building in Doti District was torched.

On May 12, Mahima Church in Dhangadhi, Kailali District, was bombed. The bomb was thrown into the church building after the assailants broke one of the windows. On the same night, another church building in Kanchanpur District also was reportedly bombed, resulting in loss of furniture and fixtures.

On May 19, authorities closed down a Christian orphanage, New Vision Children’s Home, and arrested the manager, Jyoti Gurung, wife of pastor Chandra Gurung, selectively enforcing a largely ignored requirement that the orphanage be registered. The shelter housed five boys and four girls who were sent to other orphanages.

On May 19, two Christians were arrested from Morang District in eastern Nepal. Bhim Bahadur Pradhan and Nabin Kumar Mandal were arrested when they were preaching about Christ at a home. Local residents accused them of hurting religious sentiments.

On June 15, Deepu Karmachari was arrested on charges of evangelizing. Karmachari, 50, was preaching at the home of Khushbu Kamat when a young man noticed her and called police, who then arrested her. She was kept in the custody for one day.

Published in: Evangelical Focus - world - Pressure on Christians heats up in Nepal