There have been 32 cases of femicide in Peru this year. The Minister of Women, Gloria Montenegro, joined 18 religious communities to tackle the problem. 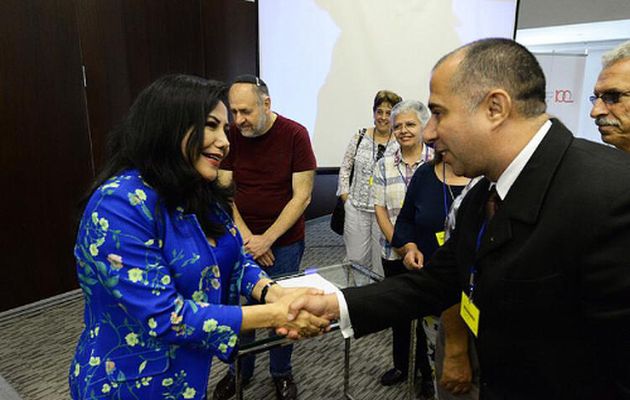 Representatives of 18 religious communities of Peru, including the National Evangelical Council (CONEP in Spanish) and the Union of Christian Evangelical Churches (UNICEP), committed to combat violence against women, supporting civil society strategies, and policies of the Minister of Women, Gloria Montenegro.

“This agreement was promoted by the Inter-religious Council of Peru, which integrates the Roman Catholic Church, evangelical Christians, the Jewish community, and even representatives of Islam”, explained Christian Scheelje Cossios, President of UNICEP.

Scheelje added that “this was a conference organised by the Interreligious Council, the Ministry of Women, the Ministry of Justice and the religious communities, to tackle, from the perspective of faith, hot issues such as violence against women and the alarming rate of femicide that we are having in Peru”.

At the headquarters of the International Labor Organization, Minister Montenegro signed a letter of commitment, which “aims to launch a message against violence against women and work for gender equality in Peru”.

The Minister of Women insisted on the need to strengthen the family, picking up on the values at home, in the education system, in the media and other spaces.

"We have to become a society that educates in democracy, in peace, in coexistence, in tolerance, in love, in solidarity, in mutual respect”, Montenegro emphasized.

32 CASES OF GENDER VIOLENCE THIS YEAR

So far this year, the National Program Against Family and Sexual Violence of the Ministry of Women and Vulnerable Populations has reported 32 cases of femicide, according to the Peruvian newspaper El Comercio.

In January, 15 cases were registered, while in February this figure decreased to 12. So far in March, there has been 5 cases of femicide nationwide.