Ecuadorian evangelicals call to pray “to keep the peace and democracy”

After eleven days of protests and seven people killed, the Ecuadorian government and the indigenous leaders reach an agreement to withdraw Decree 883 and finish the mobilizations. 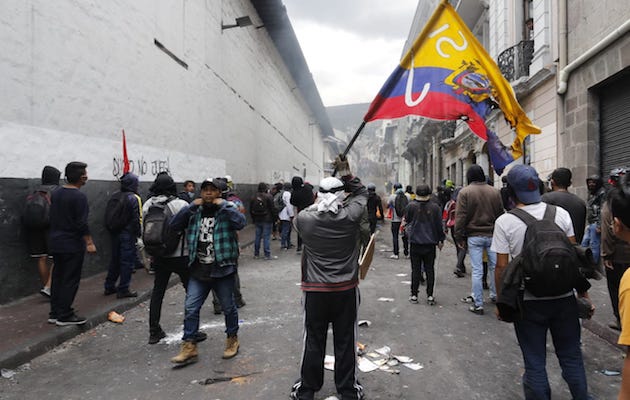 Protesters during a demonstration in Quito, Ecuador. / Twitter @lahoraecuador

Ecuadorian President Lenín Moreno and indigenous leaders, reached a deal late Sunday, to cancel a disputed austerity package and end nearly two weeks of protests that had paralysed the country.

Moreno met in Quito with Jaime Vargas, the head of the indigenous umbrella group CONAIE, during four hours of a nationally broadcast negotiating session, mediated by the United Nations' chief representative.

With the agreement, the President will withdraw the International Monetary Fund-backed package, known as Decree 883, that included a sharp rise in fuel costs, and “the mobilizations across Ecuador are terminated and indigenous leaders commit to restore peace in the country”, said a joint statement.

Both sides confirmed that will work together to develop a new package of measures to cut government spending, increase revenues and reduce Ecuador's unsustainable budget deficits and public debt.

“The moment of peace, of agreement, has come for Ecuador. This deal is an extraordinary step”, Arnaud Peral, the UN resident co-ordinator in Ecuador and one of the mediators of the nationally televised talks, pointed out.

The protests began on October, 3, after the government announced an end to fuel subsidies, as part of public spending cuts agreed with the International Monetary Fund (IMF) in return for a loan.

Clashes between protesters and riot police led Moreno to declare a two-month national emergency, accusing his opponents of attempting a coup. He also temporarily moved government operations from Quito to the port city of Guayaquil. 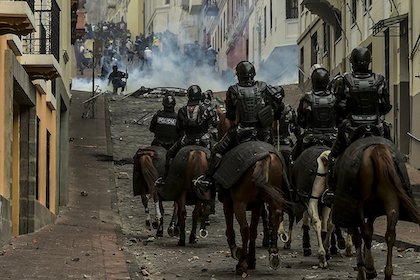 According to the public ombudsman’s office, seven people have died in the protests, 1,340 were hurt and 1,152 arrested.

Ecuador's indigenous groups make up a quarter of the country's 17.3 million people.

Before the agreement was reached, the Ecuadorian Evangelical Confraternity, a member of the World Evangelical Alliance (WEA), issued a brief statement on social media, stating that “violence, disrespect and the attacks against public and private property are condemnable at all times, wherever it comes from”.

The statement called “the opposing parties to depose personal or group attitudes and foster a respectful dialogue to keep the peace”.

“Evangelicals are and have always been Ecuadorian militants for peace. We keep in mind and practice what Jesus said in the sermon on the mount in Matthew 5: 9: ‘Blessed are the peacemakers, because they will be called children of God”, it added.

Furthermore, the Confraternity asked “Christians and people in general, to remain in fervent and permanent prayer for peace, asking for wisdom for indigenous, political and trade union leaders and authorities, to reach agreements that keep the peace and democracy in our beloved Ecuador”.

Published in: Evangelical Focus - world - Ecuadorian evangelicals call to pray “to keep the peace and democracy”