“In these last protests against electoral fraud, the churches were with the people, praying in the streets”, an evangelical pastor explains. 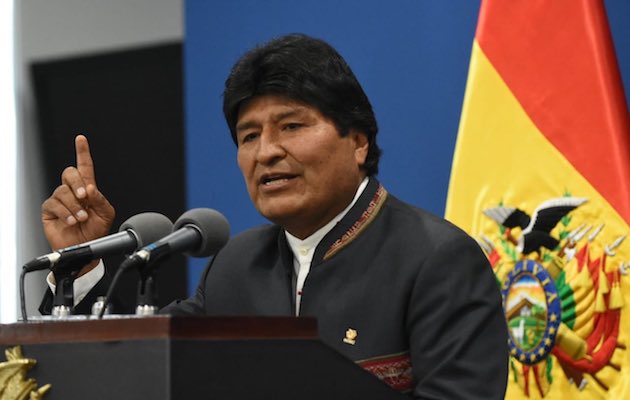 Evo Morales has accepted an offer of political asylum in Mexico a day after resigning as president of Bolivia, in the midst of election fraud protests.

The Mexican foreign minister Marcelo Ebrard confirmed in a tweet that “according to current international conventions, it is under the protection of Mexico”. “Your life and integrity are safe”, he added.

Morales confirmed the news: “I leave for Mexico (...) It hurts to leave the country for political reasons, but I will remain vigilant. Soon I will return with greater strength and energy”, the former president tweeted earlier on Monday evening.

THE STATE SECURITY FORCES ASKED FOR HIS RESIGNATION

After days of protests in the streets of the main cities of the country, Morales had called new elections, but he decided to step down on Sunday, after the release of a report by the Organisation of American States (OAS), which said it had found “clear manipulations” of the voting system in the October presidential election and “could not verify the first-round victory for Morales”.

Furthermore, General Williams Kaliman, the head of the army, also publicly called for him to leave his post. Morales said he had taken the decision in order to stop fellow socialist leaders from being “harassed, persecuted and threatened”. He also called his removal a “coup”.

After Vice-President Álvaro García, Senate leader Adriana Salvatierra and House of Deputies' leader Victor Borda all resigned, the deputy leader of the Senate, Jeanine Áñez, has assumed power as interim leader until elections were held. 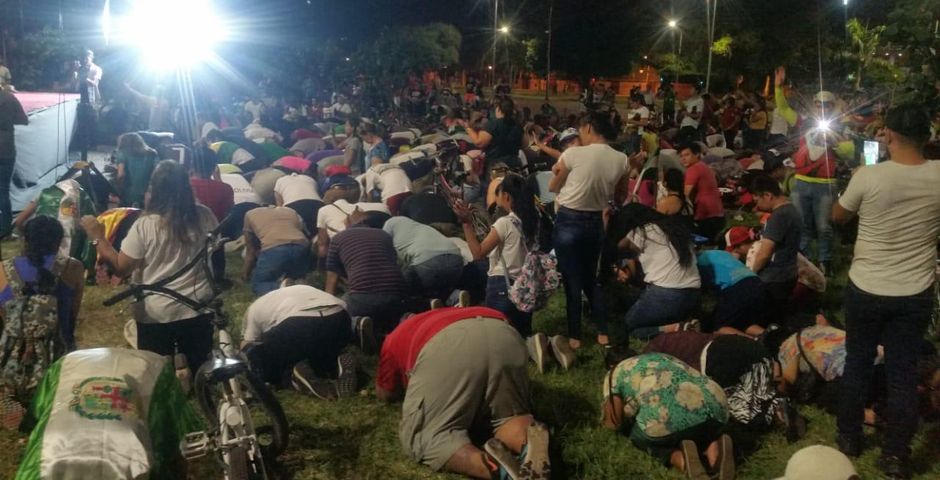 FERNANDO CAMACHO: “OUR FIGHT IS WITH FAITH”

Camacho, who has published a photograph of him with a Bible on a Bolivian flag in the presidential palace, said that “our fight is not with weapons, it is with faith. I am not going with weapons, I go with my faith and my hope; with a Bible in my right hand and his resignation letter in my left hand”.

One of the first Bolivian evangelical voices to speak out was the former deputy Napoleon Ardaya, who asked “the Congress to meet to consider the resignation of the president and vice president and lead a constitutional succession”.

Meanwhile, the National Association of Evangelicals of Bolivia (ANDEB), a member of the World Evangelical Alliance, published a statement on their social media calling on the churches of the country to “a three days period of fasting and prayer”.

“Pray for the pacification and cessation of violence in the country and for a transition to bring the order and political and social stability back to Bolivia”, they said.

Through another document, the entity has asked the rulers “to listen to the voice of the people and make the most appropriate decisions to live a peaceful and democratic coexistence”.

“Thousands of churches throughout the territory, have not ceased to pray and have public worship services, and will continue to do so until tranquility returns completely", they added.

The ANDEB has also made a general call “to the Bolivian people, so that the violence ceases, the confrontation between Bolivians is not encouraged, and all expression be peaceful, in order to respect the rights of others”. 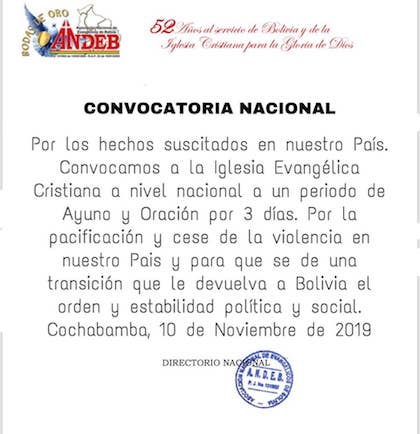 PASTOR NANETTI: “HOPE MAKES ITS WAY BACK IN BOLIVIA”

These days the World Evangelical Alliance General Assembly has been held in Jakarta, and Bolivian Christian leaders have been among the participants.

The Secretary General of the Spanish Evangelical Alliance, Xesús Manuel Suárez, talked about the situation in his country with Bolivian pastor Carlos Nanetti Pereira, just before Morales resigned.

Question. What is the situation Bolivia is experiencing right now?

Answer. It is complicated. The hitherto president believes in violence, worships the Pachamama (the goddess of the earth) and makes sacrifices; he acts from a spiritual position, so that we are in a true spiritual battle, now that the church has awakened.

Evo Morales won three times in a row, and it seemed that the nation was asleep, despite the much witchcraft that was done. The church had been praying for years, until God showed us that they were praising ancient gods, and only God could deal with that.

Thus, after much prayer, God told us that He was going to cleanse the nation. We did not know how, but in the end God raised a new leadership.

The main leader is a young believer, Luis Fernando Camacho. He has managed, in a miraculous way, to wake up and unite the nation, which was divided because the government had been busy sowing divisions. 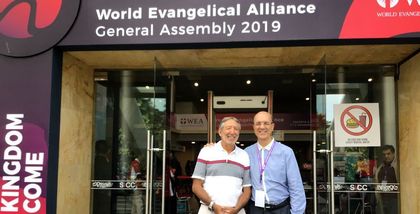 Q. How have the evangelical  churches dealt with this whole process?

A.  A year before the elections, Evo wanted to establish a new legislation of communist, Castroist type. The medical doctors, who were the most affected, went out and protested, but the general population did not pay much attention.

Then the transporters got up, and then the churches discovered that the new legislation would ban meetings and preaching, so that the churches went out to pray. The government finally withdrew the new law.

The churches then began to apologize for the divisions and began to pray with all dedication. This was what stopped the law; the spirits of sorcery and witchcraft were rebuked and the country woke up.

In these last protests against the electoral fraud the churches are with the people, praying in the streets, and this is changing the course of the nation.

Q. What do Bolivian evangelicals expect the immediate future to bring?

A. We expect a manifestation of the life of God hidden in His church.

A. Yes. We have already had a revival in the church, there is already a river of life running inside the church, but now God is manifesting that hidden life in the church.

Q. And who will lead the country?

A. The evangelical leader Luis Fernando Camacho has won the support of the population. He seriously exposed his life in defense of everyone's freedoms, and he has been protected hidden because the government wanted him.

He has led this movement and people respect and follow him.

When many thought that once again a tyrant would perpetuate himself in power through fraud, oppression and fear, the story takes an unexpected direction.

Eternal is only God, He "removes kings and sets up kings" (Daniel 2:21). Hope makes its way back into the streets and hearts of Bolivia