The Spanish Christian association Diaconia, organised a seminary about human trafficking for sexual exploitation. Representatives of all political parties debated about prostitution. 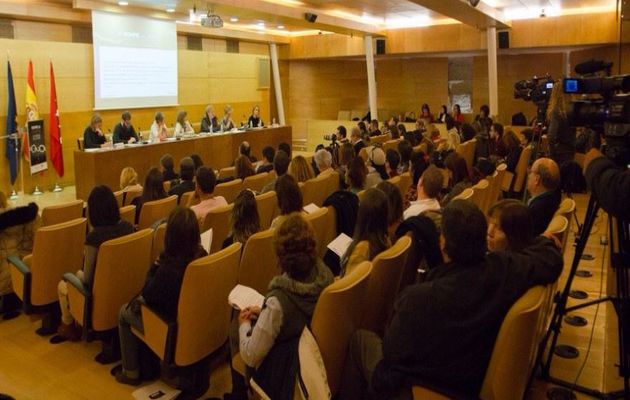 Many people attended the Seminary

On December, 2, the International Day for the Abolition of Slavery, the Christian Spanish association, Diaconia, organized its second seminary about the business around human trafficking, with the motto #rompelacadena (#breakthechain)

Representatives of the police, the public prosecutor office, mass media, NGOs, gathered together to analyse and discuss about the great business human slavery generates worldwide.

Additionally, to finish the program, there were a political roundtable, where all the political parties debated their electoral propositions regarding prostitution and the fight against human trafficking and slavery.

“THERE IS NOT PROSTITUTION WITHOUT VIOLENCE AND POVERTY”

Rosa Cobo, director of the Center for gender and feminist studies of the A Coruña University in Spain, gave a talk called “Human trafficking for sexual exploitation, a transnational business. An analysis of its relationship with the prostitution.”

Cobo believed that “prostitution can only be understood through violence against women, because “there is not prostitution without violence and poverty.”

Human trafficking victims are younger each year, and this rise is “way of economic exploitation, which destroys women´s identity.” She emphasised the importance of using a correct vocabulary: “they are exploiters, no sexual workers, prostitution contributors, not clients.”

Since October 2014, prostitution is used to calculate the GDP. Cobo affirmed that that policy only “legitimate women´s social and economical exploitation.”

“HUMAN TRAFFICKING HAS THE FACE OF GIRLS AND WOMEN”

Peru, Colombia, Paraguay, Argentina, Spain: girls of 15, 16,17 and women who dream with a better future, are deceived with false promises, many times by their own families, who make them believe that going to Spain will open new opportunities for them.

But when they arrive in Spain, they become “the new girls who are available 24 hours for anyone who is willing to pay for their services.” That is the script of “New girls, 24 hours”, the documentary which was exhibited in the Seminary.

Mabel Lozano, the director, who has made other documentaries of the same topic, stressed the importance of the education to fight against sexual slavery.

“Human trafficking is a crime which has the face of girls and women”, she said, and to finish with it, “it is crucial to prevent in origin and make people aware in the destination countries.”

“Although this year we have won 14 sentences, there is still a lot of work to do, because Spain has been a paradise for this kind of crimes for many years”, he commented.

Jose Nieto, a Police chief specialized in these kind of crimes, affirmed that the authorities “do not fight against migration movements, but against those who use them to exploit others.” 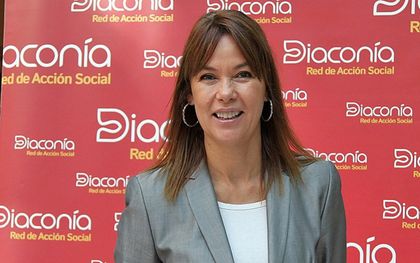 The biggest newspapers in Spain have sexual ads. As one of the journalists said during the seminar: “Not having those ads is a very difficult decision professionally, because it gives a lot of money.”

“THE BIGGEST RISK FACTOR IS BEING A WOMAN”

“What cannot be seen, it is invisible”, argued Rocio Mora, an expert of Human trafficking who works in an association that help victims to have a better life, to explain that “many times sexual slavery victims are not in the streets, but in private clubs, or in road motels.”

Mora emphasised that “working at the origin is vital, because the Mafia facilitates the migration, and the biggest risk factor is being a woman.”

The victims support in the destination country is also very important, in fact, as the police explained: “95% of women who are liberated from sexual slavery, prefer to stay in Spain that going back home.”

The last act of the seminary was the political roundtable, with the representatives of all the parties who will participate in Spain national elections next December, 20.

All of them agreed on condemning and fighting against human trafficking for sexual exploitation, but the differences came when each of them explained their point of view and measures about prostitution.

When they were asked which model, the Dutch or the Swedish, will they approve if they become the party in the government, the differences were so clear.

While 3 of the parties ( Podemos, Ciudadanos and UpyD) believe in an “ hybrid model” between the 2 others, the rest of the parties (PSOE, IU, Podemos) supported the Swedish model.

Besides, the latter agreed that “prostitution is a crime in all its ways”, so that they “will not allow anyone to buy the woman body, we are abolitionist.”

But the other 3 parties, agreed on “persecuting all kind of prostitution that exploit human beings, but to support and guarantee the rights of those who practise prostitution freely and voluntarily.”

The Seminary was closed by Diaconia´s president and the Evangelical Madrid Council´s Secretary General.