WEA’s Secretary General Efraim Tendero and Pentecostal pastor with personal friendship with Pope Francis Giovanni Traettino, among those invited to share their views in the assembly of the Italian Evangelical Alliance. 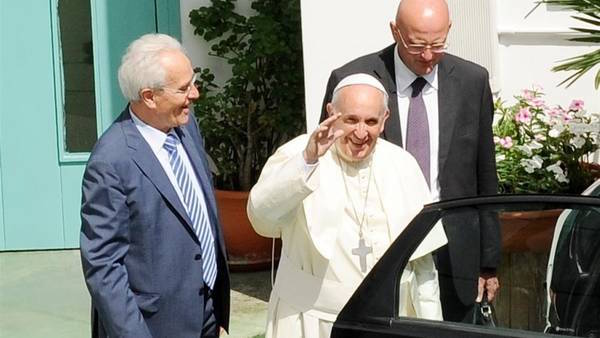 Giovanni Traettino with Pope Francis, after the visit to his pentecostal church. / Archive - Osservatore Romano

Many will remember when July 28, 2014, Pope Francis crossed the threshold of the Pentecostal Church of Caserta, welcomed by pastor Giovanni Traettino, for what the Vatican called a “private visit.”

But this explanation could not diminish the impact of the meeting, which as expected, caused controversy and division both among Catholics and evangelicals.

On that occasion, Bergoglio asked forgiveness for the persecution of Pentecostals by Roman Catholics in the 30s, 40s and 50s.

Pastor Traettino has an old friendship with Bergoglio, which started when the Pope still was bishop of Buenos Aires. Bergoglio then used to take part in conferences organised by Pentecostal churches in Argentina, also attended by Traettino. The two had already met several times even after the election of Pope Francis.

This weekend, Italian evangelicals will have the opportunity to hear directly from Traettino the origin of this friendship with the Roman Pontiff, and the reasons for its proximity to the Roman Catholic Church, which has caused his exclusion from the majority of the Italian Pentecostal movements.

Traettino wil be one of the speakers participating in the sessions and round tables organised for the AEI assembly. The theme of this year is “Evangelical Faith and Roman Catholicism: where are we? Where are we going?”

The two-day event will take place in Rome this weekend, at the headquarters of the Pentecostal Church and Alpha Omega (Via Giorgio De Chirico 73).

Speakers giving their views will be:

- Agostino Masdea, pastor of an evangelical.

ROUND TABLES AND DEBATE

The titles of the sessions are:

- “A new era for Catholic-Evangelical relationships?”

“- The identity of the Evangelical Alliance and the unity of Christians”

- “Evangelicals and Roman Catholics in the 21st century” (roundtable)

Evangelical Focus will attend the AEI assembly and cover the event.