The Vatican Library has digitised one of the earliest versions of the Bible. 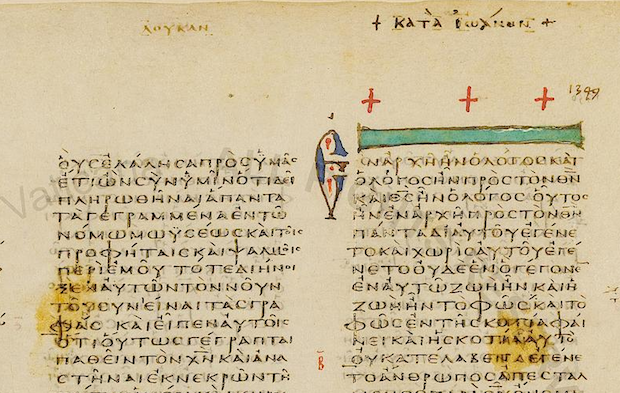 The Gospel of John from the Codex Vaticanus is now digitized.

The Vatican Library has digitised Codex Vaticanus. It is an majuscule manuscript that dates to the mid-fourth century and contains almost the entire Christian canon in Greek, with most of the Apocrypha, acording to Patheos.

THE BIBLE, THROUGHOUT HISTORY

The majority of ancient manuscripts contain only small portions of the biblical text, like a book or a portion of a book. Among these manuscripts there are papyrus fragments, which are the remains of the most ancient scrolls, and typically represent only a few pages of text.

These papyrus fragments have all been discovered during modern archaeological digs. Another group of manuscripts is the Uncials, which use all capital letters and are written on parchment or vellum, which is a smoother writing surface than papyrus, and allows for curved letters. The Uncial manuscripts were written between the 3rd and 8th centuries and were often bound as pages in a book, or codex, rather than a scroll. A few of these ancient codices have survived intact, giving us a solid view of the Bible used by the ancient church.

Two of the oldest complete (or nearly complete) manuscripts are the Codex Sinaiticus and Codex Vaticanus. They are both written on parchment, and have a large number of corrections written over the original text.

Codex Sinaiticus, also known as “Aleph” (the Hebrew letter ?), was found by Count Tischendorf in 1859 at the Monastery of St Catherine on Mount Sinai. Portions of the manuscript were found in the monastery dump, and a larger portion was presented to Tischendorf by one of the monks. It is a large codex, with 400 pages (or leaves) comprising about half of the Old Testament in the Septuagint version and the full New Testament. It has been dated to the second half of the 4th century and has been highly valued by Bible scholars in their efforts to reconstruct the original biblical text.

THE BASIS OF MODERN TRANSLATIONS

Sinaiticus has heavily influenced the translation work of modern Bible versions. Though it is considered by some scholars to represent an original form of the text, it is also recognized as the most heavily corrected early New Testament manuscript.

Codex Vaticanus, also known as “B,” was found in the Vatican library. It is comprised of 759 leaves and has almost all of the Old and New Testaments. It is not known when it arrived at the Vatican, but it was included in a catalog listing in 1475, and it is dated to the middle of the 4th century. Vaticanus was first used as a source document by Erasmus in his work on the “Textus Receptus.” Because he viewed the text of Vaticanus to be erratic, he seldom followed it when it differed from other Greek texts. 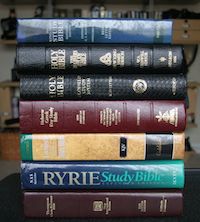 Since there are thousands of ancient manuscripts, they believe we should give precedence to the reading that is represented by the most documents. One issue that is sometimes raised against the majority viewpoint is that many of those documents were written very late (9th-15th century). The answer to this is that many of the early papyrus fragments support the majority reading.

Additionally, the question has been raised, “If Vaticanus and Sinaiticus represent the original reading of the text, why are there so few manuscripts that follow their lead?” If they were valued by the early church, you would expect to find many copies made from them, covering a wide period of history. What we actually find is a few early manuscripts which agree with them, but then a disappearance of that text type as we progress through history.

Even with their textual variations, the fact remains that over 90 percent of the New Testament text is unanimously supported by all the ancient manuscripts. In those passages where the proper reading is disputed, there is no major doctrinal change.