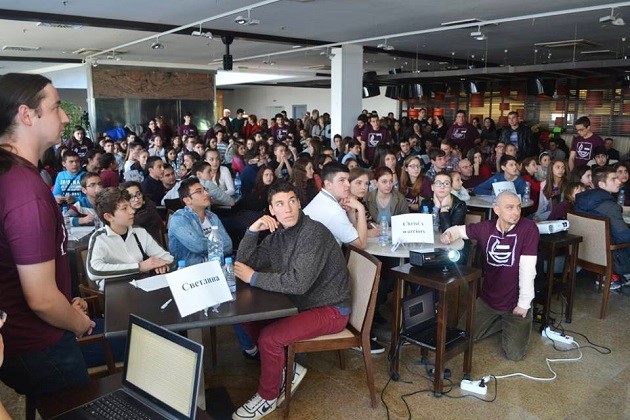 For the sixth year in a row, this March, Scripture Union Bulgaria ran a competition for Bible knowledge and awareness. The tournament was held under the title, “There Was a Scroll in his Hand.” 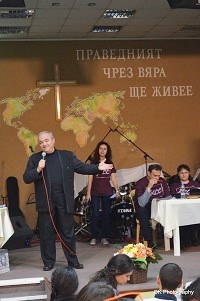 In addition, there were also youth from Belgrade, Serbia, who joined the contest, English being the operational language. This was their second appearance in the competition, and the organizers are committed to opening the event even more for international participants from other Southeast European countries.

The attendance at the teenage leg of the competition was 135 high-school students.

Every team, consisting of four participants, is coached by an adult youth leader whose task is to motivate, train and prepare his team for the competition. Usually, every team invests at least half a year of study over the Old and the New Testaments working out of a preliminary syllabus issued by the organizers a year before the competition.

In four rounds, the teen teams demonstrated extraordinary knowledge over the Biblical text. The questions for every round were carefully planned by a team of six Bible teachers and theologians headed by pastor Momchil Petrov, Sofia. 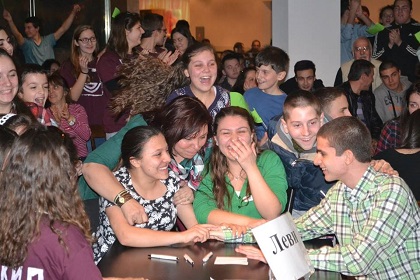 The winning team at the Teen Bible Knowledge Competition was the team of “Levi”, a wonderful group of three girls and one boy, coming from three different towns. What was most impressive about Katia, Lubov, Viara and Veren was that they conducted all of their Bible training and study over Skype for a period of several months. Indeed, “Levi” became champions for the second time in a row!

UNIVERSITY STUDENTS HAVE THEIR OWN COMPETITION

Two weeks after the high-school event, there was a second competition, this time intended for university students. It was planned by the Bulgarian Christian Students Union (i.e. the national IFES branch) with the support of Scripture Union Bulgaria. The competitors included ten rival teams consisting totally of 43 contestants. This was the second edition of the competition for university students. 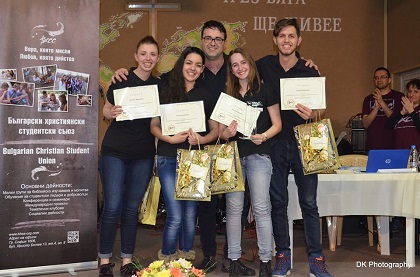 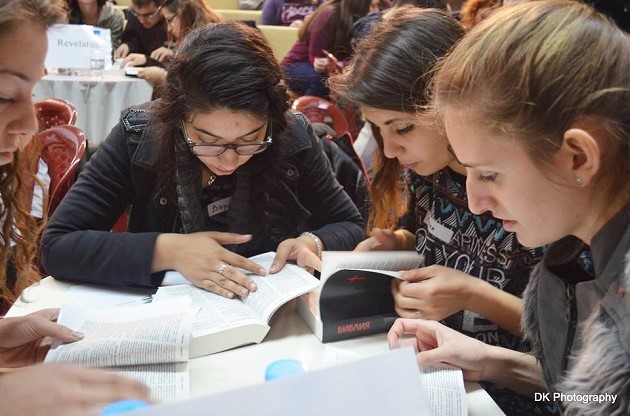 The award for the winners in both competitions was a visit to the Plitvice Lakes, as well as the towns of Split and Zagreb, Croatia. The organizers announced that this region was central for the history of the Roman Empire, containing the most well preserved castle of a Roman emperor. It is worth visiting not only on account of historical value but also because of the indescribable beauty of the seacoast.

The groundwork for both competitions was done by a team of pastors, theologians and Bible teaches. They were engaged with the coordination of writing and editing the competition questions, as well as with the role of jury during the two events.

WHY SUCH A COMPETITION?

The main concept of the annual Bible Competitions is to generate interest and passion for God’s Word among teenagers and university students, as well as to unite youth at the feet of the Cross. Whatever the denominational, regional, personality or age differences, the organizers feel that it is important to develop a culture of oneness and accord around the Lord Jesus Christ. 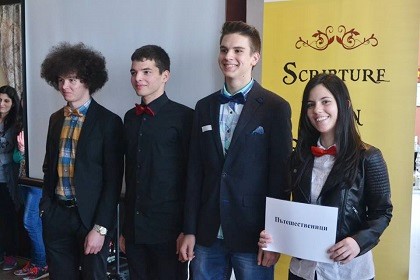 In 2017, Scripture Union Bulgaria and the Bulgarian Christian Students Union intend to put together the next two editions of the competition. The main syllabus is already published, and many of the youth have already undertaken their preparation. With open Bible and open heart.