Another evangelical church is burnt in Chile

Eighteen churches has been burnt in the region. Pamphlets of the Weichan Mapu Auka organization, demanding freedom "for the Mapuche political prisoners" were found nearby. 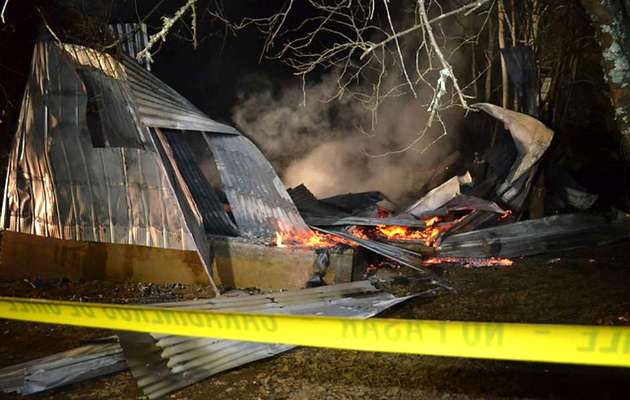 An unidentified group burned an evangelical church in the Chilean region of La Araucania during the early hours of his Thursday.This is the eighteenth arson attack against Catholic and evangelical centers this year.
This new attack occurred in the rural sector of Niagara, in the town of Padre Las Casas, on the outskirts of Temuco, the regional capital, and no one was on the premises at the time of the fire.
The prosecutor in charge of the case , Felipe González, explained that pamphlets of the Weichan Mapu Auka organization, demanding freedom "for the Mapuche political prisoners" were found nearby.
General Maximo Lira told reporters that a phone call warned about the attack, but when the police arrive to the scene, the fire was already consummated.

THE MAPUCHE CONFLICT
The Mapuche conflict has dragged on for about two decades and started when some communities claimed the property of ancestral lands which were held by agricultural or forestry enterprises.
In an article about this issue, Miriam Alejandra Espinoza -Chilean radio reporter and student of History and Social Science explained that “although the groups that have recognised the burning of 17 churches do not say it, there are two ideologies that influence them: the Mapuche worldview, and the Socialist and Anarchist movements."

Published in: Evangelical Focus - cities - Another evangelical church is burnt in Chile