The annual theological training conference is intended to build a deeper Biblical understanding, and give a contemporary evangelistic vision to young leaders. 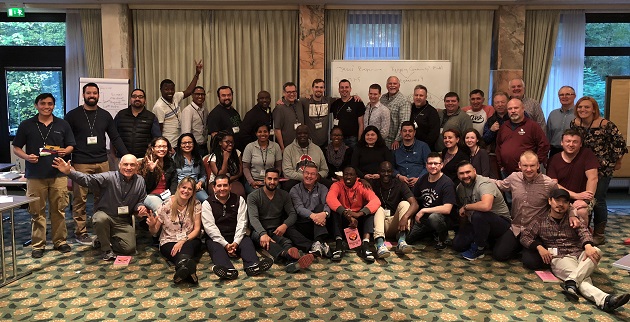 ‘Young Life’ leaders from 27 nations from all over the globe met at Frankfurt, Germany, for a training on „Incarnational Evangelism”.

The event is an annual theological training for ‘Young Life’ workers intended to build a deeper Biblical understanding, and contemporary evangelistic vision to young leaders from the movement’s global community.

This wide spectrum of global cultures, nations and languages provided the participants with an atmosphere for enriched worship experience, as well as deeper perspective on issues incarnational testimony in our areas.

The dates of the training, October 29 – November 2, 2017, included the exact day of the 500th anniversary since the beginning of the Reformation. The conference used that unique opportunity to revisit some of the main Reformation values and to appreciate once again the Biblical truths of salvation through grace by faith in Jesus Christ alone. “We are the work of God,” said Terry McGonigal with a reference to Ephesians 2:8-10, “and we have been created for good works. First, we are His work; and then we do His work. According to the New Testament, we were not only saved from sin, but also saved for good fruit.”

The conference focused its attention on what is the Gospel, and how this world needs us “being the witness”, before we start “saying the witness”. The training was based on Darrel L. Guder’s book “Be My Witnesses.”

WHAT IS “INCARNATIONAL EVANGELISM”?

What does it mean, based on John 1:14 (“the Word became flesh, and dwelt among us, and we beheld His glory”), to practically live out our Christian faith on a day-to-day basis, in such a way that every child and youth would see the presence of the Lord Jesus? The bottom-line is to reveal God to young people with no strings attached – loving them and going to them on their turf, because that is exactly what Christ first did for us. Everyone who works among youth should be a visible, faithful and authentic embodiment of the Gospel message. 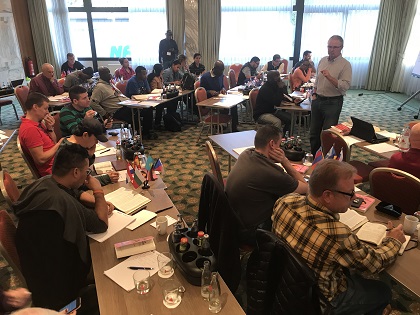 “‘Young’ Life is a group of people committed to the idea of winning a hearing with kids for the greatest story ever told”, says Jim Rayburn, founder of ‘Young Life’.

Every leader is completely dependent on the guidance and work of the Holy Spirit. Incarnational approach to sharing faith is simply the very act of going to the young people, winning their confidence and friendship by Christ’s love, earning the right to be heard, and using the bridge of friendship to proclaim the Gospel through the leader’s lifestyle and words.

In 1938, Jim Rayburn, a youth leader and seminary student in Gainesville, Texas (USA), was given a challenge. A local minister invited him to consider the neighborhood high school as his parish and develop ways of contacting kids who had no interest in church. Rayburn started a weekly club for kids. It included singing, skits and a simple message. After graduating, Rayburn and four other seminarians started Young Life. The year was 1941. Their emphasis was on showing kids that faith in God can be not only fun, but exhilarating and life-changing.Prior to the 1960s, Young Life worked almost completely to suburban high school students, and by 1972 it had begun ministries in approximately 25 multi-ethnic and urban areas. Today, the organization has more than 700 multicultural and urban ministries within the US.

Volunteer leadership — the backbone of Young Life — emerged from Wheaton College in the late 1940s. Staff persons found that they could multiply their efforts many times over by the strategic use of volunteer leaders.¡

Young Life’s outreach outside of the United States began in 1953 in France. Within 10 years, it extended to British Columbia, the Philippines, Germany, and to Brazil. In the decades since, Young Life’s international outreach has expanded in both scope and types of ministries. Its staff and volunteers are reaching kids with the Gospel through hundreds of ministries in more than 100 countries.

Within its core values, Young Life workers believe in the power of presence. Kids’ lives are dramatically influenced when caring adults come alongside, sharing God’s love with them and imparting them with a sense of worth, meaning and purpose. According to current statistics published on YL webpage as of June 2016, ‘Young Life’ leaders annually make an impact on the lives of more than 2.1 million children and youth worldwide.