The blaze started in an old nightclub nearby. Around 40 people were evacuated.“Building or no building, the church will worship God and serve our community”, the pastor says. 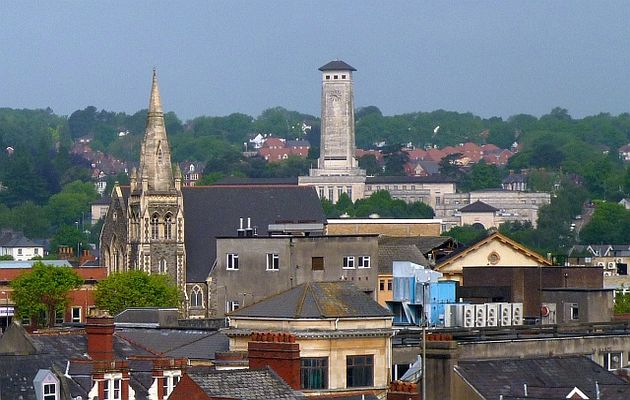 The blaze started in the old Zanzibar nightclub and soon ravaged 140-year Bethel Community Church. Around 40 people were evacuated from neighbouring properties after the fire, but some have since returned home.

The pastor of the church, Andrew Cleverly told Welsh newspaper South Wales Argus that “the youth group were meeting in the basement of the church and one was late. That person then noticed the building next door was on fire”.

“Soon the emergency services arrived. The youth group managed to get out”, he recalled.

“WE COULD NOT DO ANYTHING”

But “when we got to Stow Hill we could not do anything. We just had to watch it burn before our very eyes”, the pastor said.

“It is destroyed and we are devastated. The stain glass windows have gone. All you can now see is the four walls. There had been three floors”, he added.

Pastor Cleverly explained that they “had been in the process of re-developing the upper level […] but the damage from the fire is a lot. I fear it is unrepairable. It will cost millions of pounds to put right”.

AN IMPACT IN THE COMMUNITY

According to Cleverly, Bethel Community Church “has played a big part in the community. We have done a lot with refugees, we have been helping the community for 140 years”.

That is why “we will be sorely missed. I do not know what the future will hold now for the building” , he pointed out.

A 43 year old man and a 36 year old woman from Newport were arrested by Gwent Police on Saturday, but this Monday a spokesman confirmed both have been released pending further inquiries.

An investigation into the cause of the fire is still continuing. No-one is thought to have been hurt but a cordon remains in Stow Hill and around the buildings. A spokesman for Gwent Police said the cordon is expected to remain in place all week.

“BUILDING OR NOT BUILDING, THE CHURCH WILL WORSHIP GOD”

On Sunday morning, about 250 people attended an outdoor service close to the burned remains of the building.

Moving service this morning with the congregation of Bethel Community Church. pic.twitter.com/cD2wZGKkTU

The congregation prayed together and sang songs as pastor Cleverly asked to “pray for the future of this church” and for the community to “stand up and be strong”.

He thanked the people of Newport for the support that the church has been shown since the fire.

“Building or no building, the church will worship God and serve our community. Thank you to everyone who made today possible, those who came to sing, pray and trust with us. God has blessed and strengthened us by your support and comforted by our faith in Christ”, the church wrote in its facebook page.

Local authorities, members of the emergency services who attended the fire, as well as other churches, came to show their support at the service.

“It's important that the community comes together and shows their solidarity”, Mayor Malcolm Linton said and offered the authority's “continuing support in helping the church to recover from this devastating fire”.

Meanwhile, Debbie Wilcox, leader of Newport City Council, said “when we get back to the civic tomorrow we will be looking at every which way in which we can help”.

Concerns about the state of the former nightclub, which closed in 2010, were sent to the council over a week before the building went up in flames

Newport Conservatives said they had emailed the city council on 7 June calling for the former Zanzibar and Heights 2000 club to be inspected due to “fear this could collapse or end up going up in flames”.

The Council pointed out that they acted on concerns raised about the safety of the privately owned property immediately, and carried out a structural safety assessment the day the email was received.