South Korean Christians give medical assistance to 600 people in Athens

A group of 27 doctors, 12 nurses and 31 volunteers, along with 20 local volunteer-translators served Greek natives and refugees for three days. 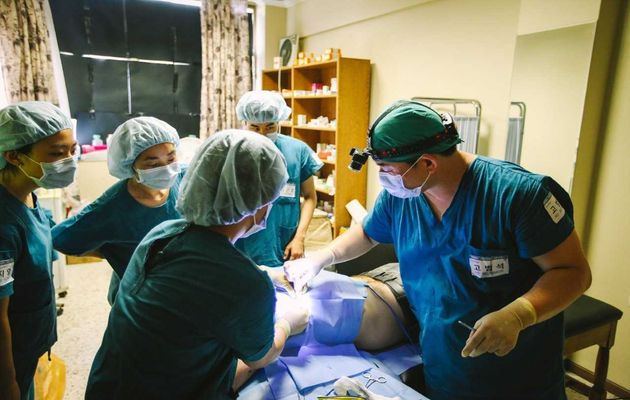 The South Korean Asan Medical Center team, along with the Christian humanitarian organisation Hellenic Ministries, carried out a medical project for Greek people in need and refugee groups living in Athens.

The medical organisation has been carrying out humanitarian projects since 2006, mostly in Southern Asia, but this is the second time it chose Greece to develop a project.

“50 to 60 years ago, our country was very poor; many countries helped us so much, especially in terms of medical and educational aid. Now that we are living better than in the past, so we think it is our turn to help other people in difficulties”, said Sung Sunwoo, leader of the Asan Medical Center team.

A group of 27 doctors, 12 nurses and 31 volunteers, together with 20 local volunteer-translators of Greek, Farsi and Arabic, served for three full days. 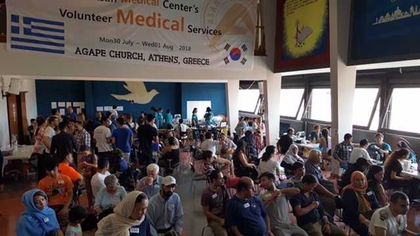 From July 30th to August 1st, more than 600 people received medical assistance. For many of them, it was the first time they saw a doctor after many months, since they arrived to Greece from Middle East and African countries.

The group of the Greek-speaking participants included a number of former economic immigrants who arrived in Greece from the Balkans after 1990, as well as a rising number of homeless migrants from European citizens, such as Italy, Germany, or Austria.

“Both refugees and Greek speaking audience need their own family doctors, who can manage their chronic diseases, give emotional support, treat chronic pain and skin problems”, Sung Sunwoo pointed out , when asked about the main need of patients.

Every month, Hellenic Ministries, and its partner organization Refuge of Love and Compassion, serve more than 3.800 meals and offer free showers, laundries, cloth distributions and dental service in the same center.