“Our freedom should be used to bring freedom to others”

On October 20th, single-file lines of people dressed in black will fill the streets of more than 400 cities across the world. Loida Muñoz: “Criminal organisations buy and sell people”. 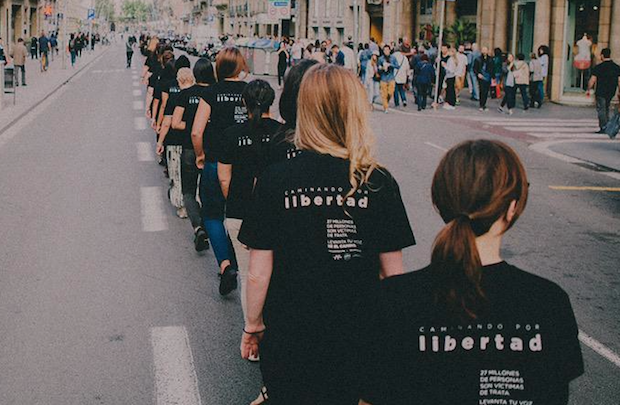 The abolitionist movement is alive because slavery continues to exist. But the image of the slavery has changed, and for many today they are invisible.

There are initiatives which fight against this invisibility such as “Walk For Freedom”, a global fundraising and awareness wordlwide event, organised by A21, an abolicionist non-profit organization that aims “to end slavery”.

On October 20th, single-file lines of people dressed in black will fill the streets of 51 countries across he world, with the motto “Abolish slavery with each step”.

On Saturday, thousands “will walk, holding signs and passing out flyers to reach the people in our city with the message of human trafficking. Telling our communities that they actually have the power to make change possible”.

“We believe that when we all show up locally, we will have an impact globally. In our cities, in our communities, in our world. One step at a time, we fundraise and walk to see a world without slavery”, they say in its webpage.

Human trafficking and slavery have become a heated public topic lately in some countries, such as Spain, where politicians have brought the issue of prostitution to the centre of the debate.

“Prostitution is unregulated in our country, so that, criminal organisations take advantage of this situation to buy and sell people”, Loida Muñoz, director of A21 Spain, explained in an interview with Spanish news website Protestante Digital.

According to Muñoz, human trafficking “not only affects women, also minors and men. It is something that affects us totally”.

Prostitution is a business that moves billions in Spain and all over the world. “The Spanish Ministry of the Interior identified more than 50,000 women victims of trafficking in Spain for sexual exploitation between 2013 and 2017”. 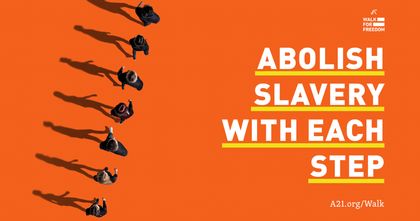 Although politicians have started to talk about it, Muñoz believes that the whole society needs to be aware of it.

“20 or 30 years ago no one talked about abuse in the family, but now we are all aware of this social problem, and we demand appropriate laws to stop it. That's why we have a responsibility”, Muñoz said.

“FREE TO BRING FREEDOM TO OTHERS”

The “Walk For Freedom” is part of the work that A21 carries out to raise awareness about this situation, as well as to give voice to people who do not have it.

“We must understand that many of these people are in a situation of slavery, that is, they do not have the resources to defend themselves. Our freedom should be used to bring freedom to others, especially those who cannot even raise their voices”.

“CHRISTIANS HAVE A KEY ROLE”

Last year A21 showed up in over 400 locations, in 50 countries, reaching 70 million people through various media platforms.

Evangelical churches are increasingly joining and supporting this initiative. “The God we know is interested in freedom, both practical and spiritual”, Muñoz told Protestante Digital.

“We have a key role. Throughout history the issue of slavery has been a spearhead for the Christian church to rise up and be a social reference. They know us more and more because we are a church that mobilizes in the face of injustice”, she concluded.

Published in: Evangelical Focus - cities - “Our freedom should be used to bring freedom to others”