Red light District in Rome? A church writes to the Council

“We don’t have easy answers but we will play our part by praying for the authorities and by being a real presence in the area”, evangelicals write in an open letter to the local government. 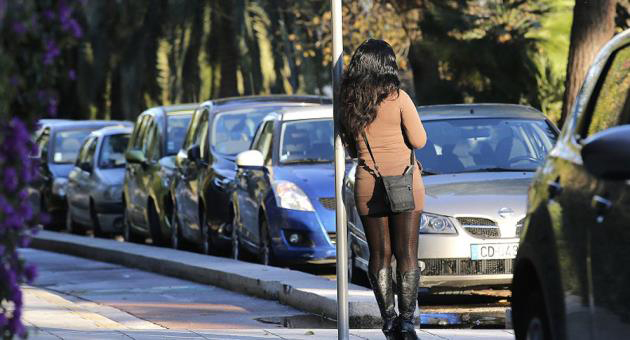 “Rome doesn’t need ‘red lights’, it needs the Light of the world, Jesus Christ, who can illuminate our darkness.”

These are the concluding words of an open letter sent by Breccia di Roma Evangelical Church to the President of the IX Capitoline Council following a proposal to create a ‘red light district’ in the Eur area of the city which would allow prostitutes to work freely and eliminate them from other areas of the city.

Andrea Santoro (Democratic Party), President of the local administration of the south-eastern quadrant of the city – one of the 15 districts into which the capital, Rome, has been divided since 2013 – put forward the proposal at the beginning of February. Santoro’s own political party raised objections to it and the process suffered a setback following the negative view taken by the Prefect who identified potential illegalities that could arise if the proposal went through.

Once the press outcry had died down, Breccia di Roma Church, whose social outreach also involves the humanitarian and spiritual rescue of women forced into prostitution, decided to write to the local authorities to make their contribution to the question.

EVANGELICALS ASK THAT CITIZENS ARE HEARD

Evangelici.net anticipated that, in the letter, Leonardo De Chirico, pastor of the church, pointed out: “For a long time we have been organizing volunteers to clean up the local green spaces in the San Paolo district, (Clean Outside, Clean Inside), as well as arranging cultural activities with open public discussions on various topics and tuition for needy students and pupils.

Also, some of our volunteers have tried to approach the prostitutes on the Cristoforo Colombo road, saying that we come in peace and offering them useful information to get out of prostitution.” De Chirico went on to explain to Santoro that for these reasons “we are very concerned about the issues you have rightly brought to the local people and the nation’s attention”.

“Since we play and active role in society” the letter continues, “we would ask that the contributions of families, associations and other voluntary organizations are not underestimated as all of these, together with public institutions, are a fundamental resource in addressing the problem of prostitution. There is a great need that positive influences in the territory such as those of solidarity, education, culture and environmental protection come together”.

STIMULATING “AN ALTERNATIVE CULTURE IN ROME”

“We don’t have easy answers”, De Chirico goes on, “but we will play our part by praying for the authorities and by being a real presence in the area.

“The area where all this is happening” De Chirico explains to evangelici.net “is an area of the city adjacent to where we are working to set up an evangelical church and where some church members have, for  long time, been involved in helping women get out of prostitution”. He specifies “Prostitution is an abuse of one of the aspects of human life where many types of sin are concentrated: the buying and selling of sex, exploitation of other people and the demeaning of social life”.

De Chirico continues: “God’s good creation has been so degraded by sin that it had become something almost infernal, but it can be redeemed by the redemptive work of Christ both on a personal and social level. It is up to the churches to be informed about what is going on and understand the complexities involved and to not remain silent on the spiritual roots of the problem but proclaim the Good News that there is hope in Jesus Christ”.

De Chirico sets out in more detail that the Breccia church in Rome will maintain and intensify their commitment to pray for this afflicted area of the city and, together with other churches and evangelical groups in Rome, encourage the getting together with victims of prostitution and offer them an alternative to the slavery of paid sex.

Furthermore, Christians will be encouraged to take part in the current debates being held for residents. Through this open letter to the Municipal Administration the first steps are being taken to be in direct contact with the local authorities.

Published in: Evangelical Focus - cities - Red light District in Rome? A church writes to the Council