1,200 in Zürich: “Life of children with Down Syndrome is precious”

This year’s Swiss ‘March For Life’ denounced that 9 in 10 babies with Down Syndrome have no chance to live. The police had to protect the event from pro-abortion radicals. 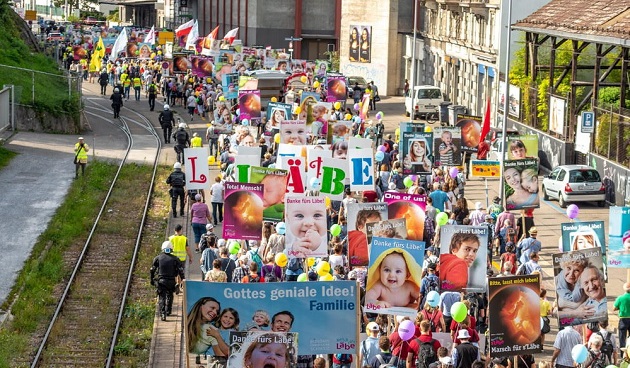 Around 1,200 people joined the Swiss ‘March For Life’ 2019 in Zürich to proclaim the value of the life of children with Down Syndrome.

With the motto “Thank you for letting me live!”, the 10th edition of this peaceful pro-life march focused on the dignity and sacredness of unborn children who have been diagnosed with Down Syndrome.

This year, the police of Zürich allowed the demonstrators to walk through streets of the city centre. But, as in previous occasions, officers had to make sure there were no aggressions of extremist pro-abortion groups. The march was delayed due to some barricades of these radical groups. 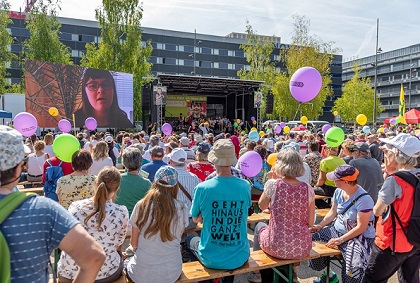 At the Turbinen Square, a family explained how, after having a daughter with Down Syndrome, they decided to adopt other children with the same needs - and finally opened a house where people with mental disabilities can live and work together. “Young and old can learn that life must not be perfect and that one can still have a meaningful and happy life despite experiencing some kind of disability”.

A political representative and Catholic Bishop also shared their reflections. “Today we stand together, saying that we don’t want to let people with Down Syndrome on their own. We want to bring them and their lives to the centre of our awareness. We want to strengthen those who live among us, we tell you and tell the whole Switzerland: ‘Your life is precious’”, the religious representative said.

Brass band music was part of the one-hour march, and more music was played from the stage at the end of the event.

One of the values written in the Swiss Constitution was repeated several times throughout the march: “The strength of the nation must be in the welfare of the weak”.

Published in: Evangelical Focus - cities - 1,200 in Zürich: “Life of children with Down Syndrome is precious”