A Brethren church in the Spanish town of Águilas opens a library with more than 5,000 Christian books. Their vision is “to continue the evangelisation work that began here at the end of the 19th century”. 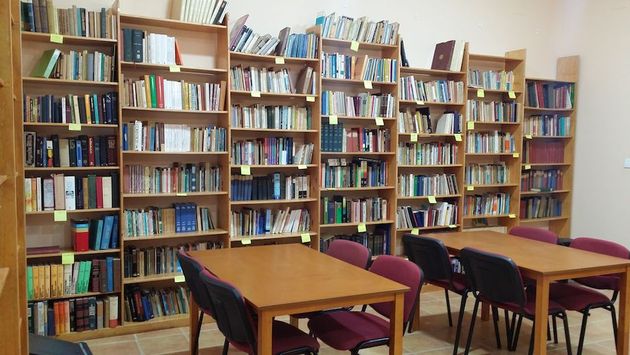 The library already has a fund of 4,000 cataloged documents. / Samuel Crespo.

Opening a library in the times of Instagram is not common, specially if it is a library specialized in evangelical literature. But opening it far from a big city, seems to be beyond all logic.

That's exactly what has happened in the sunny and maritime Spanish town of Águilas, in the region of Murcia. The members of the Brethren church will inaugurate the Robert P. Simpson Library there on March 7, as a tribute to this Scottish missionary and his wife Lina.

The Simpsons strengthened the evangelistic work of this enclave in southeastern Spain, between the end of the 19th century and the first years of the 20th century.

The library already has a fund of 4,000 cataloged books, that have been donated by different people and evangelical churches. Some of them are several centuries old.

The organisers hope to cataloge a thousand more by the inauguration, a laborious work that has been carried out by the members of this small Christian community.

The premises, which belong to the church, occupies about 60 square meters. The building housed summer children and youth camps for several decades. It also has a classroom, which is called Lina Simpson, as well as other equipment.

At the entrance of the library, a plaque recalls the work of Robert and Lina Simpson in education, nursing and the care of the elderly, in a time of great scarcity, when diseases and injuries caused by the mining and the work with the esparto, very widespread in the area, killed the poorest. 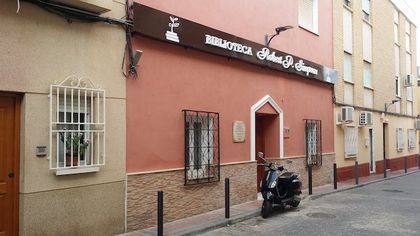 In their free clinic, they looked after thousands of people and, at the end, they gave all their assets to the most needy.

Spanish news website Protestant Digital has spoken with the project coordinator, María Ester Soto. “This church was designed by Robert, who was an architect, and the church members built it. When I move around this place I feel a lot of love. Unfortunately we tend to forget that some sow and others reap”, she says.

Question. How did this project start?

Answer. When the church finished organising summer camps for children and youth in 2009, we thought about how we could serve next, how to use all the space we have for the glory of the Lord.

At that time Joaquin Guerola, a worker of the church of the Brethren in the southeast between 1957 and 2011, also died and bequeathed his library to the head of the Brethren, Francisco López who, in turn, decided to donate the fund to the church, adding it to the material that we already had.

Since then, we were thinking and praying for four years about how to manage it. We did not have the money to make an investment of this magnitude.

Q. Despite all that, you decided to carry on with the project and open the library to the public.

A. Yes, we started the project by faith and the Lord has been providing us step by step. We have been able to open this space to the public and provide a social and cultural service to the city of Águilas. 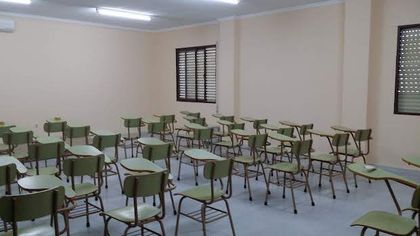 Q. What are the neighbors of Águilas going to find here?

A. We want it to be a space for study and a complement to the city library, with Internet access, but with the peculiarity of being specialised in Christian and evangelical literature.

We have already received requests from some History students to do their final degree paper here. We also think that it can be useful to digitise all the discontinued and damaged books.

Q. There is a showcase with some books with more than two centuries of history, that can only be manipulated by the hands of experts on antiques. How did you decide to pay this tribute to Robert Simpson?

A. We first thought of calling it the Christian Library, but then we decided to dedicate it to Robert Simpson, who was the architect who designed all this, who bought with his wife the land of this property and who was the pastor of this church. That is why we have also placed a plaque at the door, so that everyone who passes by will know of the work of Robert and Lina Simpson. 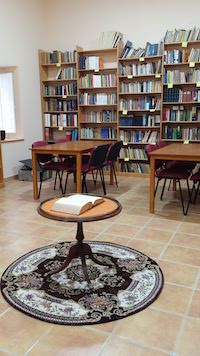 Q. Are the Simpsons known in Águilas?

A. A street has been dedicated to them, already in democracy, but they are still unknown despite the great social work they performed. When they arrived in Águilas in 1886, 90% of the population was illiterate, and they did a great educational job.

Lina also worked in the field of health, and that is why the classroom attached to the library is named after her. Moreover, she wanted to open a school in Águilas, they even had the teacher, but due to pressure from the Catholic archbishopric of Cartagena, the project had to be canceled, even though it was in the times of the Republic.

Q. What vision do you have for the Robert Simpson Library? What do you expect from the future?

A. The first and foremost is evangelisation, to continue the work that began at the end of the 19th century in Águilas. Our neighbors no longer go to church, we must go out to explain the gospel.

We believe that we can bring the gospel to others through this place, where young and old can come to study, read, do academic work in a comfortable place, and where we can give testimony.

We hope to complement the bibliographic collection with activities that allow us to chat and show the love of the Lord. He is in charge, we have walked by faith, we are servants and we put ourselves in His hands.

The inauguration will be next March 7. At the main entrance of the church it reads: ‘Ebenezer 1904’.

Published in: Evangelical Focus - cities - An evangelical library in times of Instagram