Archaeologists discovered the scrolls in the Judean Desert. They also found the world's oldest fully intact basket, a 6,000-year-old mummified child and a cache of rare coins. 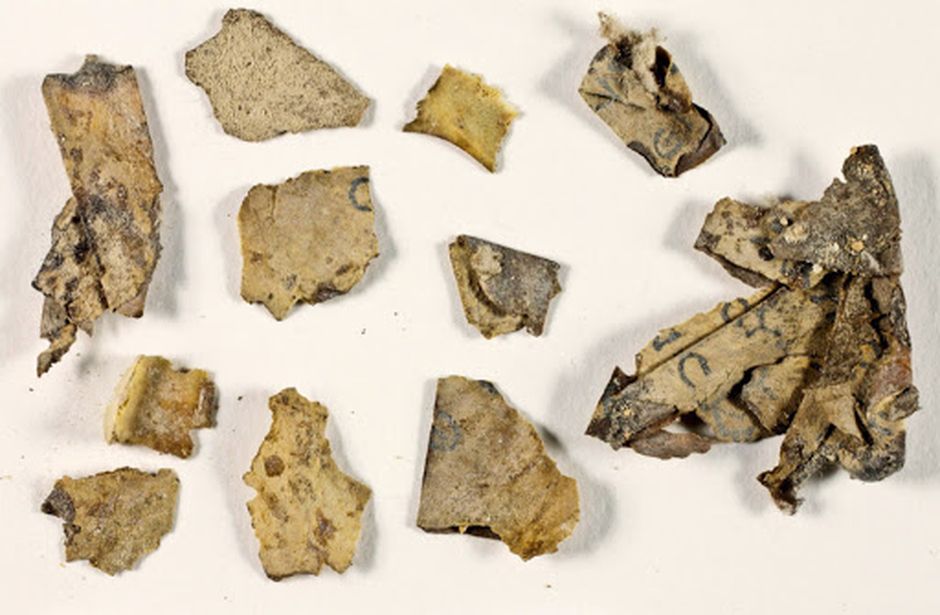 The fragments are written in Greek, except for the name of God, which appears in Hebrew, and contain verses from the books of Zechariah and Nahum. / IAA CC

Israel Antiquities Authority's (IAA) archaeologists have reported the discovery of dozens of Dead Sea Scroll fragments in the Judean Desert, south of Jerusalem, during an operation to prevent caves in the area being looted.

It is the first such discovery since the Dead Sea Scrolls, a collection of Jewish texts date from the third century B.C. to the first century A.D., which included the earliest known copies of biblical texts, were found in 1947 and the early fifties in desert caves in the West Bank.

The over 80 new pieces are believed to belong to a set of parchment fragments found in a site in southern Israel known as the “Cave of Horror” for the 40 human skeletons found there during excavations in the 1960s.

Along with the scroll, the archaeologists found a 6,000-year-old mummified skeleton of a child, a cache of rare coins from the period of the Jewish revolt, and what they think it might be the world's oldest fully intact basket, dating back about 10,500 years.

“The aim of this national initiative is to rescue these rare and important heritage assets from the robbers’ clutches”, said IAA Director Israel Hasson in a press release. 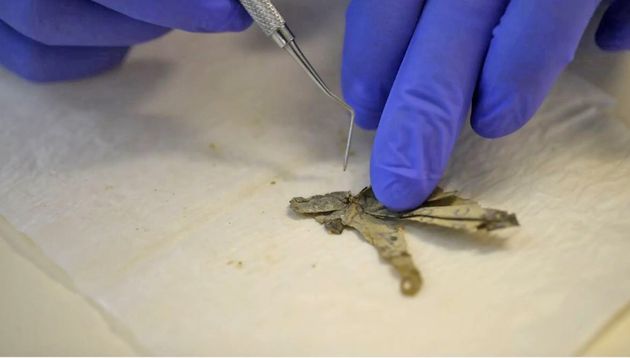 Fragments of the books of Zechariah and Nahum

The fragments are written in Greek, except for the name of God, which appears in Hebrew, and contain verses from the books of Zechariah and Nahum. IAA researchers believe they were probably brought to the cave in A.D. 135 at the end of a Jewish revolt against Rome.

“This manuscript was over a century old at that time. It was probably some sort of family heirloom and a rather valuable scroll”, said Oren Ableman, researcher at the Dead Sea Scrolls unit of the IAA in a press release.

“These differences can tell us quite a bit regarding the transmission of the biblical text up until the days of the Bar Kochba Revolt, documenting the changes that occurred over time until reaching us in the current version”, explained the IAA.

According to Beatriz Riestra of the IAA Dead Sea scrolls unit, “in this manuscript, we can see the effort of the translators to remain closer to the original Hebrew compared to what happened with the Septuagint”.

The basket also found in the operation is woven in a unique style from plant material and it has a capacity of about 100 litres. It was discovered empty, so that “only future research of a small amount of soil remaining inside it will help us discover what it was used for and what was placed in it”, pointed out the archaeologists.

“As far as we know, this basket, currently unparalleled worldwide, is the oldest in the world that has been found completely intact and its importance is therefore immense”, stressed the IAA. 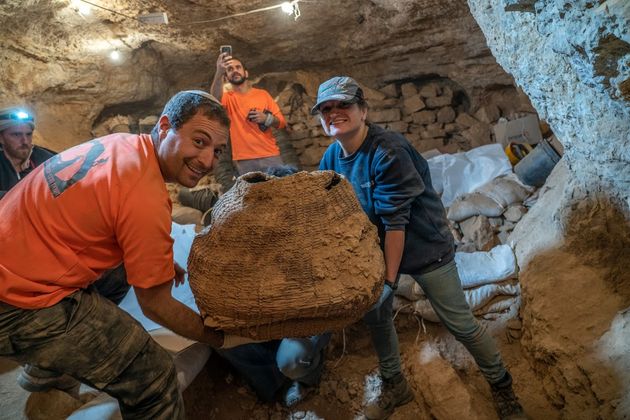 Archaeologists also found what they think it might be the world's oldest fully intact basket, dating back about 10,500 years. / IAA.

The 6,000-year-old mummified child was found in “a shallow pit intentionally dug beneath two flat stones, containing a skeleton of a child placed in a foetal position”, said IAA prehistorian Ronit Lupu in the press release.

“It was obvious that whoever buried the child had wrapped him up and pushed the edges of the cloth beneath him, just as a parent covers his child in a blanket”, added Lupu.

The cloth and other organic materials, including hair and even skin and tendons have been very well preserved, due to the dry climate of the Judean Desert.

The cache of coins was found overstruck with Jewish rebels’ symbols such as a harp and a date palm, an array of arrowheads and spearheads, pieces of woven fabric, sandals and lice combs, probably left there by Jewish rebels during the revolt, according to the experts.

The bronze coins feature a vine leaf and a palm tree, which “at the time had become the quintessential symbol of Judea. The Romans themselves put the symbol also on their Judea Capta coins”, explained Donald T. Ariel, head of the IAA Coin department. 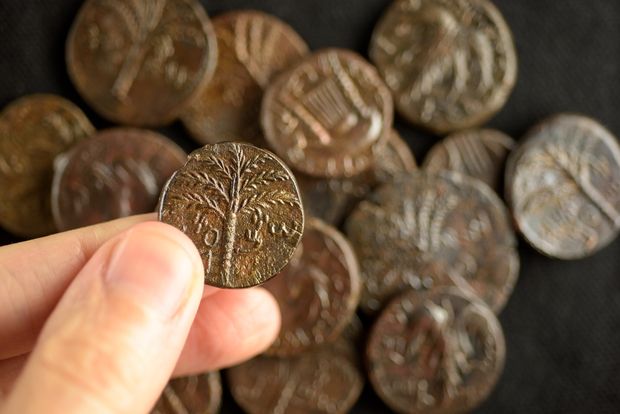 The coins found feature a vine leaf and a palm tree. / IAA.

IAA Director Israel Hasson warned that “the newly discovered scroll fragments are a wake-up call to the state. Resources must be allocated for the completion of this historically important operation. We must ensure that we recover all the data that has not yet been discovered in the caves. Some things are beyond value”.

“The desert team showed exceptional courage, dedication and devotion to purpose, rappelling down to caves located between heaven and earth, digging and sifting through them, enduring thick and suffocating dust, and returning with gifts of immeasurable worth for mankind”, concluded Hasson.