Over 100 women have already registered in a newly created platform for female Christian speakers in German-speaking countries. Theologian Evi Rodemann explains her vision for mentoring. 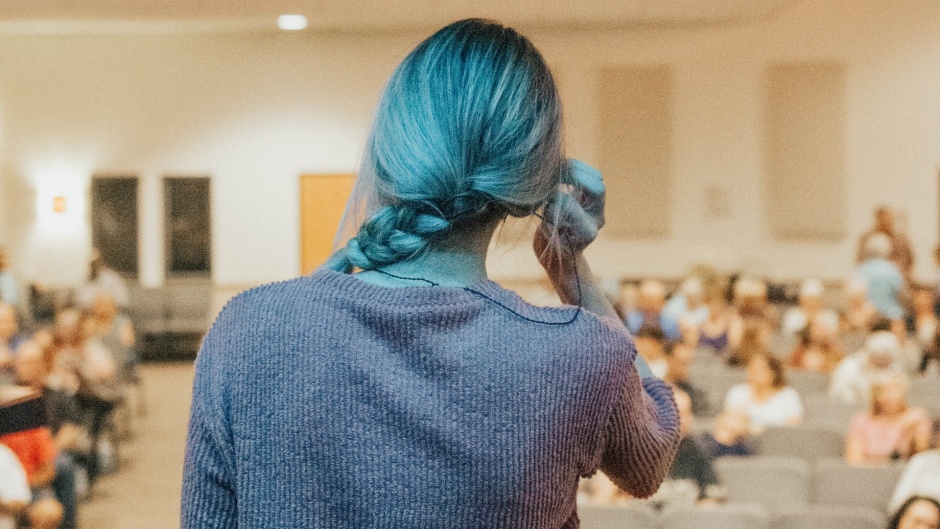 Christian women who are gifted in public speaking have been invited to raise their voice, no matter what their fields of expertise, experience or age are.

Evi Rodemann, a German theologian and herself an experienced speaker, is behind the new Speakerinnen Platform (Female Speakers Platform), a project launched in September “to help women speakers to be seen and invited”. The online resource is focused on German-speaking countries (Germany, Austria, Switzerland), and gives churches and Christian organisations the chance of searching for female speakers by their biography, or areas of expertise.

Only a few months earlier, Rodemann also launched LeadNow, an initiative to help “the young generation of Europeans to lead now and lead alongside senior leaders intergenerationally”. In this context, a 10-months mentoring programme named She Leads (with in-person retreats) has also been started.

Evangelical Focus asked Rodemann about the hopes she and others have regarding the presence of women in Christian circles. 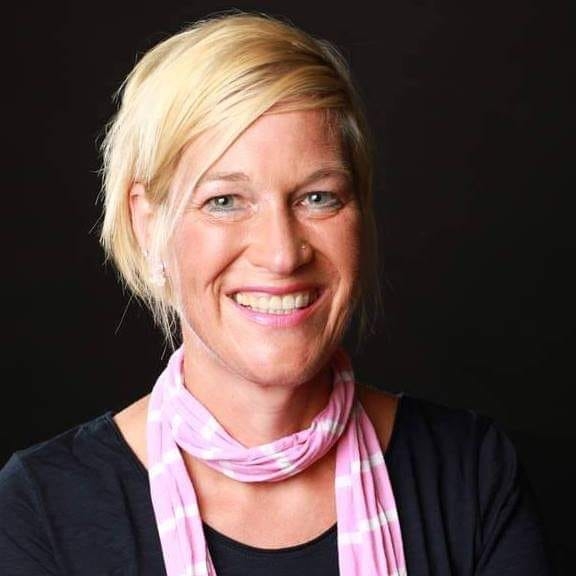 Question. Over one hundred women speakers have already signed up in the newly created speaker’s platform for German-speaking countries. And 60 organisations and churches as well. What “fruit” of these first connections do you expect to see in the next few years?

Answer. With this tool we would like to help women speakers to be seen and invited. Too many people tell me they cannot find women for their stage or events. This can be a perception, but actually we have many incredible women and men called to serve and lead, therefore a kind of platform was needed.

In about 6 to 9 months, I will want to survey if connections have been made. I would love women to be booked and see that there is more equality of gender on stages and in meetings. And I would love to see this grow through bringing women’s voices together. We also would love to see if a mutual sharing or even mentoring comes out of this, where older women support younger women.

This will tie in nicely with the Raise your Voice seminar together with Campus. We need men to support this, otherwise it will only be a thing for women serving women which for us would not be going far enough. 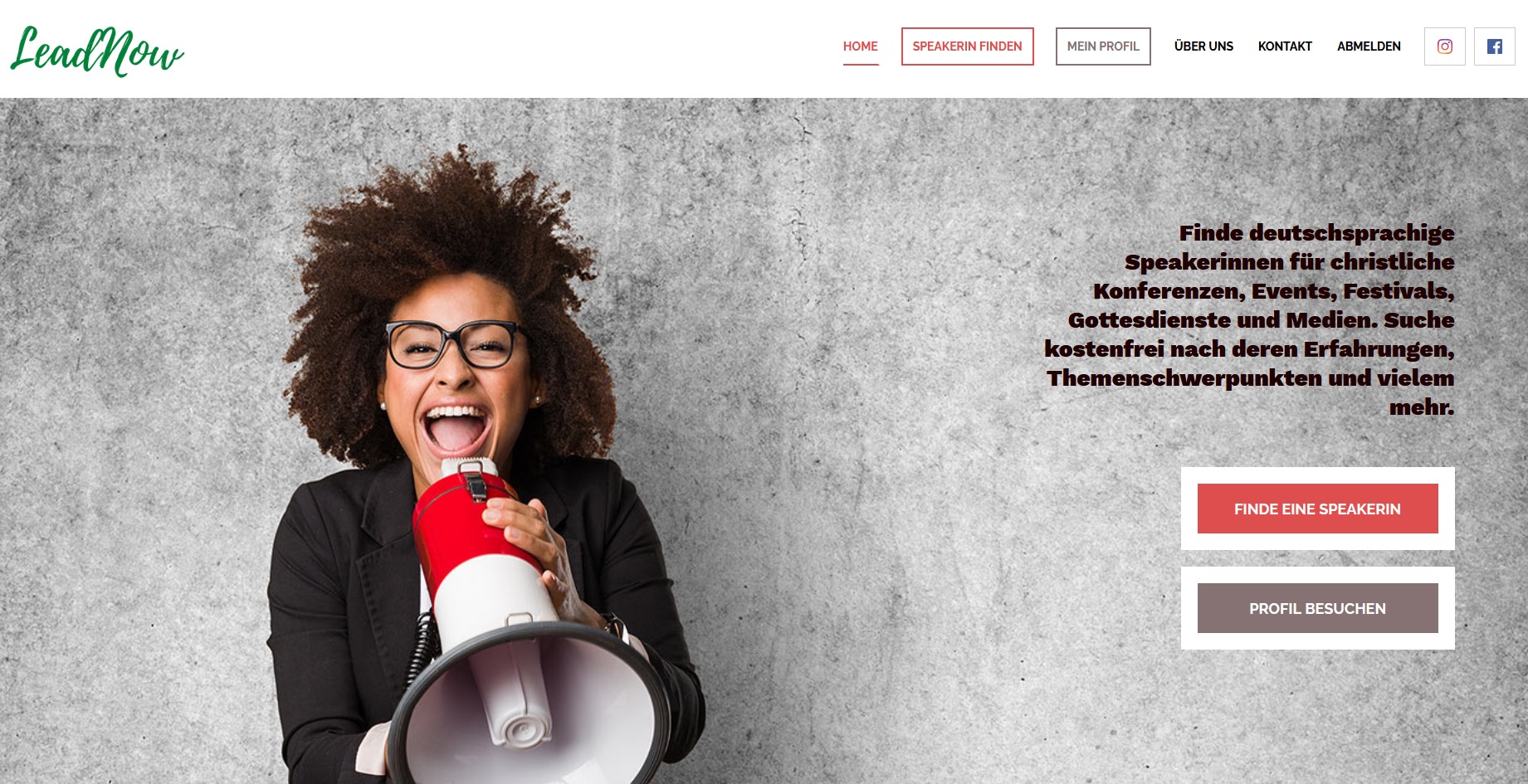 The website of the paltform of Christian female speakers in German-speaking countries.

Q. The idea of a platform to bring together Christian organisations and female speakers is connected to the British Project 3:28. How did you first get in touch with them and how did the idea jump over to Germany?

A. In November 2019 I did a survey among 120 young female leaders exploring their needs. did not want to simply double efforts but felt challenged by God to raise my voice more for women leaders, though I feel strongly called to serve both genders. I asked what kind of offers are already on the market. This led to the founding of She leads, a 10-month training for younger female leaders and it is already such a huge success. We have 19 women right now. Next year we will offer this in two locations (north and south of Germany), and we now have an official cooperation with Campus for Christ Germany.

As I sat down with some key women leaders from Germany and Switzerland, there was the idea of creating a kind of speaker’s platform. There was nothing for the Christian event market.

In the process of engaging with female leaders and investing into younger female leaders (I have now done two European retreats for female younger leaders, in connection with some of my Lausanne Movement friends), I heard about this British platform. Claire Rush from Northern Ireland got me connected with Natalie Collins, we wrote our concept, amended it to our needs, got the IT guy involved, my dad paid the big first bill, translated everything as we needed it, and finally launched it.

Our focus is less about fighting for equality and gender justice but it shall serve as a tool to highlight gifted women.

Q. What have been the first reactions among churches in Germany you have been in touch with?

A. We had the launch of LeadNow in April 2021 with about 60 global and European leaders. We were simply blown away by the love and support we received. We want to grow organically, therefore we pray, have our monthly team meetings, and take it from there. It is amazing to see all these opportunities arise - and some we had not planned and could not have planned.

LeadNow had a very positive start and a great first 7 months of existence. Mission agencies and youth ministries have offered ways of cooperation. We are so very grateful.

The speaker’s platform has been very welcome by both men and women. Women, because they felt there was a real gap of investing into them, and men because often they would like to support women but don’t know how or where to find them.

There has been no criticism whatsoever. In general, people have shown deep appreciation and the first younger female leader transferred a big gift because she said she was feeling so blessed!

The She Leads intiative mentors young Christian women in leadership.

Q. What is the personal process that has led you here?

A. I strongly decided a few years ago, due to my involvement with the Lausanne Younger Leaders (YLGen), that I wanted to listen to them and what they perceive as needs, not simply coming with my own ideas and suggestions.

So, a lot of these things have come through listening and engaging with young leaders. In each of these projects they are partaking and adding their own voices. It is something we do with them and not simply for them. This makes a huge difference for me.

We have launched two offers just for female leaders, but the majority of our work continues to serves both men and women.

Published in: Evangelical Focus - culture - “Too many people say they cannot find women for their stage or events”