“Jesus VR – The Story of Christ”, will be available on all major mobile and premium VR platforms on Christmas. 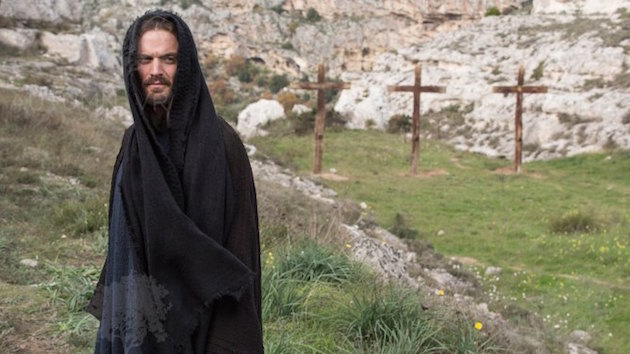 Jesus Christ is coming to VR screens: Autumn Productions and virtual-reality production firm VRWERX have announced the release of “Jesus VR – The Story of Christ” for Christmas 2016.

The 90-minute film will be available on all major mobile and premium VR platforms including Google Cardboard, Samsung Gear, Oculus Rift, PlayStation VR and the HTC Vive. Pricing has not yet been set.

Using this cutting-edge technology for the first time, the producers promise a “you-are-there VR experience for the entirety of Jesus’ life and death, from his baptism to the Sermon on the Mount, and from the Last Supper to his crucifixion.

“Jesus VR – The Story of Christ” is executive produced by Enzo Sisti, whose credits include “The English Patient” and Mel Gibson’s “The Passion of the Christ.” The script is by Andre van Heerden, who also wrote the Left Behind films.

“THE MOST POWERFUL STORY OF ALL TIME”

The film was shot in October 2015 entirely in 360-degree 4K video on location in Matera, Italy, the ancient village that was also the setting for “Passion of the Christ.”

“The viewers truly feel they are there with Jesus and his disciples. This is the most powerful story of all time and virtual reality is the perfect way to tell it”, the director, David Hansen (known for “Hellion,” “Lovesong” and “Entertainment”), said in a statement.

Sisti added: “I am beyond thrilled to be a part of this groundbreaking project. It’s as exciting a take on the story of Christ as I’ve ever seen and its production values will absolutely set a new benchmark for virtual reality.”