Christian communicators called to be “masters of the word”

Workshops, seminars and awards were given during the annual meeting of the Alliance of Spanish Evangelical Writers and Communicators. Christians were challenged to connect contemporary culture with the gospel message. 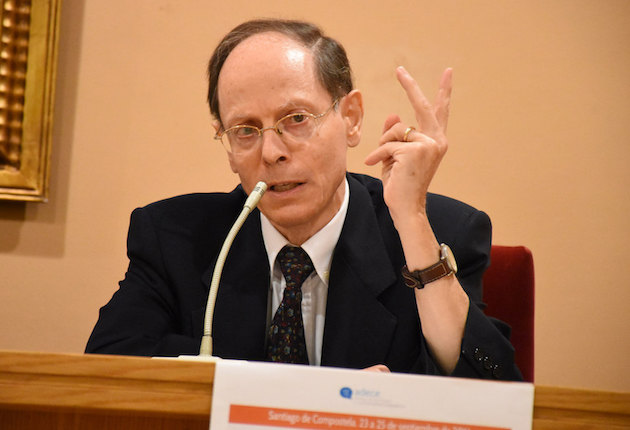 Writers and journalists from various parts of Spain gathered in the city of Santiago de Compostela (September 23-25), to participate in the 8th meeting of the Alliance of Evangelical Writers and Communicators (ADECE in Spanish).

There were three days of training and a genuine willingness to connect contemporary culture with the gospel message.

On the first day, prominent writers and poets of the region of Galicia (North-West of Spain) paid tribute to Curros Enríquez, a famous Spanish poet who always fighted for the weak, and who had connnections to Protestantism in his youth.

DON QUIXOTE AND THE BIBLE

Juan Antonio Monroy, Spanish pastor and writer, opened the Saturday morning session speaking about the relationship of Miguel de Cervantes with the Bible. He stated that the author of Don Quixote had a deep knowledge of the biblical text.

Monroy has delved into the relationship of Cervantes with the Scriptures, and that had led him to assert that "Cervantes believed in God, he truly believed, no doubt. He believed as we all should believe: seeing God in everyday life, 'suffering God', opening the heart to the divine call, inflaming the soul with the fire form above”.

"For him, the Bible and everything in it is the great truth. It could not be otherwise, being God its author”, the evangelical communicator added. 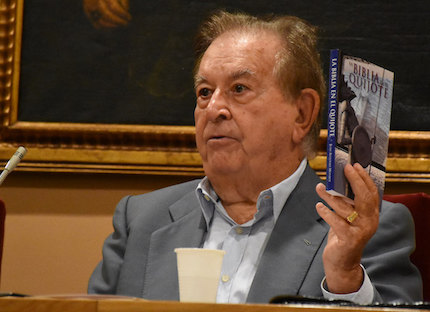 THE POWER OF WORDS

The program continued with the conference "The power of words and the Word in a 'metallized' society", given by psychiatrist and international author Pablo Martinez Vila, who had just received the “Personality of the Year” award granted by ADECE.

Martínez believes that in the digital society "much is written, but it is as if the words lack vigor". It is in this context that “the writer can regain the power of words, based on three points: aesthetic, ethical and spiritual exigency.”

Each of these aspects, said Martinez Vila, should be taken into account by the Christian communicator who wants to follow the advice of the biblical author in Ecclesiastes, "to find just the right words, and what he wrote was upright and true” (Ecc.12:10).

The writer is called to be "a master of words" that "not only writes to be praised, but to serve”.

"The Writer's work using human words is molded by God's Word and by his living relationship with the Incarnate Word, Jesus Christ", Martinez Vila said. 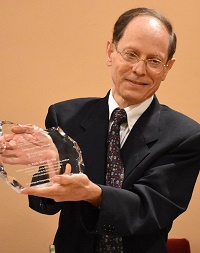 The speaker also reviewed the biblical advice regarding the speech and the use of the words, going through Proverbs, Psalms, the Gospels and the letters of the New Testament.

Additionally, he explained how the Scriptures say that human words have the power to "destroy, give life or heal", but there is a supernatural power in God's Word, in the Bible, and a "singular, unique force in the Incarnate Word (Jesus)."

The day continued with the “González-Waris” awards ceremony. Some of the winners traveled to Santiago de Compostela to receive the price, and they could read their poems and short stories.

The awards, organised by ADECE, have a long history. This year, the organisation received more than one hundred original poems and short stories.

During the session of Saturday afternoon, training workshops on radio, digital cinema and journalism were offered to the participants. 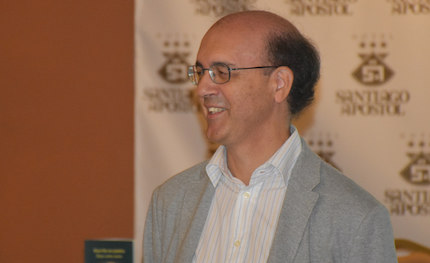 Suarez explained how the gospel message has been transmitted, throughout history, overcoming every barrier and adapting it to the culture of the receivers, without changing its essence.

He encouraged communicators to know the culture in which they live, and to be wise, using cultural references in the transmission of the gospel, as Jesus and the apostles did.

The meeting concluded with the celebration of the General Assembly, where several proposals were submitted, including the possibility of holding the next meeting in 2017 in Valladolid, taking advantage of the historical importance of this Spanish city, in the year of the 500th anniversary of the Protestant Reformation.

Published in: Evangelical Focus - culture - Christian communicators called to be “masters of the word”