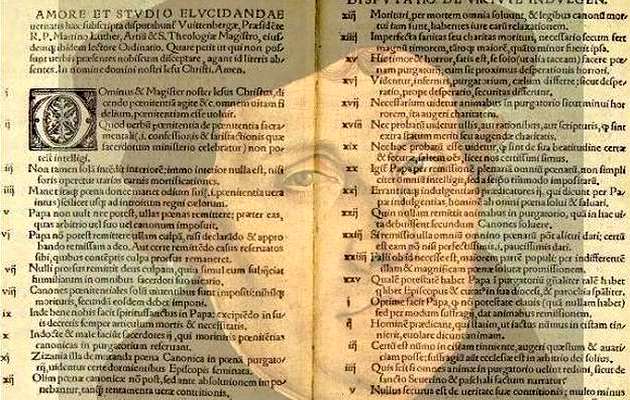 Coinciding with the fifth centenary of the Protestant Reformation in 2017, the State Library of the German city of Berlin will exhibit three of the seven original prints of Martin Luther's 95 theses that are still preserved.
Published in 1517, they laid the theological foundations for one of the most important political, spiritual and intellectual movements in European history and the world today.
This initiative will be included in a wide exhibition, that the Berlin library will open on February 3, under the name of "Bible,Thesis, Propaganda.”

LETTERS AND A PAPAL BULL

THE REFORMATION
On October 31, 1517, Martin Luther unknowingly started the Protestant Reformation, with the publication of his 95 theses, where he questioned the penances and indulgences in the Catholic Church and the papal authority.